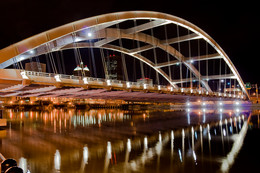 TEDxRochester, a mix of speakers, performers and TEDTalks videos combine to spark deep discussions and connections in a live format group experience. We often say, the highlight of our TEDx event days is the kismet of conversations that occur. We love that a passion for ideas brings Rochesterians together.

Our next event will be held on Friday, March 3, 2017 at Geva Theatre Center. Our theme is "flip." This can be interpreted broadly. We encourage our speakers and performers to creatively play with the notion of flipped neighborhoods, cities, perspectives and mindsets as they submit their ideas and prepare for their TEDx moment.

For more information about how you can get involved as an audience member, speaker, sponsor or volunteer, contact us at suzanne@tedxrochester.org

Alyza Alix, also known by her stage name IndigoChild, is an entrepreneur, light-worker, self-published author, poet, spiritual coach, and more, with one purpose: to awaken society and raise collective consciousness. Alyza makes it a point to utilize her talents to provide the masses with new perspectives while giving them a reality check all at once. Alyza aspires to inspire and impact everyone she meets positively. She's also a strong believer in learning lessons from her failures and turning her limiting beliefs into unlimited potential. In Alyza's free time, you can find her giving spine-chillingly accurate tarot card readings, researching ways to be more like Buddha, eating kale chips with her dog, meditating in open fields with animals, or doing more ordinary things like painting, dancing, and making music.

Jake Gellis is a 32-year-old Long Island native who currently lives in the Corning, NY area. He is a union factory worker of twelve years and a small business owner. Jake has also spent nearly 20 years as a “street dancer,” learning, performing, and teaching multiple genres of dance. He is internationally recognized for his popping, which involves movements like “the robot” and “waving.” Although he has performed in front of thousands of people both live and on television, this will be his first speaking engagement, and he believes it will be the most important and most fun time he has ever spent on a stage! He will be bringing his personal version of illusion to the stage – “flipping reality” – and reinforcing the importance of having fun in our everyday lives.

Jody Hoffer Gittell is a professor at Brandeis University's Heller School for Social Policy and Management. She founded and leads the Relational Coordination Research Collaborative (RCRC), whose mission is to foster widespread development and adoption of relational coordination theory, evidence, and tools. Gittell also co-founded Relational Coordination Analytics Inc., which offers measurement, evaluation, and visualization of relational coordination networks to organizations. She received her PhD from the MIT Sloan School of Management, and taught at the Harvard Business School before joining the faculty at Brandeis. She serves on the board of the Endowment for Health, and the Academy of Management Review. Gittell has developed a theory of relational coordination, proposing that highly interdependent work is most effectively coordinated through relationships of shared goals, shared knowledge, and mutual respect, and supported by frequent, timely, accurate, and problem-solving communication. Research shows that relational coordination is associated with a wide range of positive performance outcomes, and that organizations support or undermine it through the design of their work systems. This work began in the airline industry and is now practiced and studied in a variety of industries including healthcare, education, and banking, and in many countries including the United States, Denmark, Canada, Scotland, and Pakistan.

Dr. Judith (Judy) Pipher has been an infrared astronomer since the mid 1960s. She has been on the faculty at the University of Rochester since 1971, and a professor emerita since 2002. Still very active in research, her group has been developing passively cooled infrared cameras for space research. The Spitzer Space Telescope, launched in 2003, continues to this day to obtain impressive images of star formation regions, galaxies, and exoplanetary systems to name a few. She is hopeful that a JPL-led project, NEOCam, the Near Earth Object Camera, utilizing one of the infrared cameras we have developed, will launch in a few years to find potentially hazardous asteroids and comets before they find us! (NASA is developing plans to divert or destroy too close Near Earth Objects once they identify where they are). Judy was inducted into the National Women’s Hall of Fame, in 2007 for her work. Other awards include the Susan B. Anthony Lifetime Achievement Award.

LaShunda Leslie-Smith, LMSW, has a wealth of formal and informal learning and experience behind her that she applies to helping raise others and her city up. She is currently the Executive Director of Connected Communities, an innovative nonprofit whose mission is to break the cycle of poverty and revitalize the EMMA and Beechwood neighborhoods of Rochester, New York.

School District Superintendent Dr. Lesli C. Myers has dedicated her life to the pursuit of education and is passionate about her professional work and volunteerism. She was the first African-American President of the New York State School Counselors Association. Dr. Myers has been honored for her dedication to education and her community, including the New York State Woman of Distinction Award. Dr. Myers is passionate about unleashing creativity and talents and has dedicated herself to eliminating student achievement gaps.

Luke Sanders is an undergraduate mathematics student at SUNY Polytechnic Institute in Utica New York. Luke has synesthesia, a condition which enables him to perceive his senses and cognitive processes in a non-traditional and interconnected way. Namely, his sees letters, numbers, and music as explicit images and colors. Luke believes that it is no coincidence that he is pursuing mathematics; he uses his condition as a tool to aid him in his studies by relying on visual interactions between the images he sees.

Documentary filmmaker and artist Mara Ahmed has lived and been educated in Belgium, Pakistan, and the United States. In 2004, Mara left a career in corporate finance in order to devote herself to her true passion: art and film. Mara's artwork was exhibited at the Kinetic Gallery in 2008 and more recently at the Colacino Gallery in Rochester, NY. Mara's films include, THE MUSLIMS I KNOW and PAKISTAN ONE ON ONE, THIN WALL. Her films have been broadcast on PBS, shown at film festivals, screened on college and university campuses, and . A THIN WALL, a documentary about the partition of India, was completed in April 2015 and screened internationally. Mara lives in Rochester, New York.

Mary Lupien is a passionate community activist. She’s never satisfied with the status quo. Leaving a lucrative career in IT to work at a soup kitchen, Mary’s committed to fighting the injustices that exist in our world and in our community. Mary is currently a substitute teacher in city schools by day, and by night she fights for climate justice with Mothers Out Front. Mary is also involved in politics with a goal to work towards a better Rochester.

Dr. Timothy C. Summers is a hacker, professor, and consulted expert on the theory and practice of hacker cognitive psychology. Tim is also the Founder of WikiBreach.org and the Director of Innovation, Entrepreneurship & Engagement at the University of Maryland, College Park, in the College of Information Studies (iSchool).

Tony Tepedino teaches at Allendale Columbia (AC) School. An innovative educator, Tony, along with his colleague Amy Oliveri, has played a significant role in supporting the TEDxAllendaleColumbiaSchool's independently organized TEDxYouth event since its inception. Under Tony’s leadership, this student organized and run event strives to promote idea sharing throughout the AC community, the Rochester community, and the global community. TEDx is now a formalized class at the school and the event is completely run by the students in the class.

In his previous life, William D'Ovidio was a professional photographer and digital editor for the New York Times Magazine. In his current life he, switched careers and literally ran away with the circus. William trained under Olympic athlete Christine VanLoo, Cirque Du Soliel artist Ann Stimmel, and at many circus arts training schools across the U.S., including the New England Center of Circus Arts. He is owner of an cirque fitness training facility in Rochester New York that inspires health and fitness and trains potential next generation aerial artists. William is also a performer and coordinator for the UP! State Cirque Troupe. 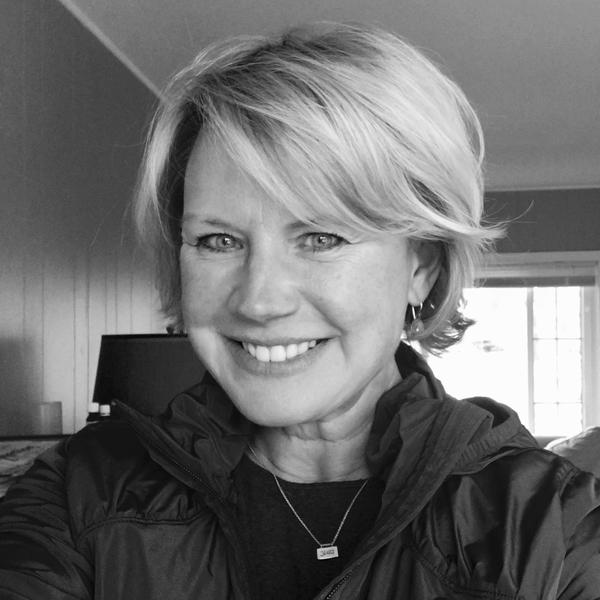