We live in a world that’s rapidly changing, we’ve seen so much change since we were born - climate, lifestyles, cities, economies, jobs, technology, connectivity, food, values, cultures, health. There’s been change for the better and change for the worse. There’s change that’s not in our hands and then there’s change that we can make happen. Every day that we don’t act is a wasted opportunity. It’s time for us to realize that it’s our turn to consciously bring about positive and tangible change.

One person, one minute, an action each day. With millions choosing action and weaving the Fabric of Change, there is no limit to possibilities. This edition of TEDxGurugram explores how the impact of each thread is in the hands of the individual and what it takes to make a good fabric.

Join us. Meet your community, take in the creative energy, find your allies and learn from one another. Think about “What did I come here to do?”

Esko Kilpi is a management author and speaker. He leads a group of researchers and strategists laying the intellectual foundations for Post-Industrial Work. As a teacher and an executive advisor, he helps organisations and individuals to develop capabilities, innovate and grow in the rapidly evolving technological and societal landscape characterised by transformative algorithmic capabilities and new platform-based business models. Esko has spent the last ten years researching the art of human interaction, the science of social complexity and the design of digital work.

​​Jay Kannaiyan is a cleantech entrepreneur and motorcycle adventurer who in 2010 set off from Chicago on a three-year overland journey across Latin America, Europe, and Africa, before ending up in India. He covered a distance of over 100,000 kms across 33 countries on 5 continents, breaking down various barriers of culture, race, language, among others, along the way. After the trip, Jay launched Jammin Global Adventures, curating motorcycle escapades in Kenya, India, Mongolia, and Myanmar. He also runs Smart Air Filters in India, making clean air solutions affordable through innovation to help people combat air pollution. Jay uses his varied experiences to inspire others to travel, explore, and discover how each one of us can contribute to a better world.

After quitting his corporate job in early 2008, Kalyan Akkipeddi traveled through rural India for about 2 and ½ years. Having lived with scores of bottom-of-the-pyramid families that were below the conventionally defined poverty line, he gained better insight on the link between development and poverty. Instead of creating a strategy based on reacting or responding to the symptoms of poverty, he wanted to create a new possibility in which poverty would have no space to exist. Kalyan found the idea of “creating resilience” more empowering than that of “eradicating poverty”. Living and working in a remote drought-prone village called Tekulodu in the second driest and one of the poorest districts in India- Anantapur district, Andhra Pradesh- since August 2010, Kalyan has been focusing his energies on building and leveraging local social leadership capacities to co-create a ProtoVillage - the prototype of an Resilient village.

​​Namit Arora is an author, humanist, travel photographer, and former Internet technologist. He moved back to India after two decades in Silicon Valley. He often volunteers his time for the Dialogue and Development Commission, an advisory body of the Delhi Government tasked to find innovative solutions to civic problems, where he led the drafting of Delhi's solar energy policy and worked on the problem of air pollution. Namit’s essays have appeared in numerous publications worldwide, including four college anthologies in the United States. His videography includes River of Faith, a documentary on the Kumbh Mela. He is the author of The Lottery of Birth: On Inherited Social Inequalities (2017). His web home is at shunya.net.

From being trained as a journalist to representing south-east asia at the Global Fund Board, Nazia Erum believes in serially reinventing herself. She is mother to a baby, a few books and the women's workwear brand, The Luxury Label. She also writes at HuffingtonPost. Next up is a book on Mothering a Muslim (JuggernautBooks) and a compilation of her experiences while working at the United Nations.

​As a progressive organic farmer from Bundelkhand, Prem Singh transformed his land in a drought stricken region into a lush farmland. Now, his farm has water bodies, follows crop rotation and organic farming, and is equipped with food processing units and is also used for animal husbandry. The farm also boasts of a few distinctive things in the region such as a rural museum, the Human Agrarian Centre and a Farmer Training Center. Prem believes that if his formula of sustainable farming is implemented across the country, it can ensure restoration of ecological balance and prosperity of farmers’ families. Born in 1964 in a farming family, Prem studied philosophy in Allahabad University but soon turned to his ancestral vocation. He has also co-authored a book, “What Farmers Really Need”, with Belgium environmentalist Johan D’hulster in which he explains how his farm follows the concept of ‘Aavartansheel Kheti’ which, loosely translated, means ‘periodic proportionate farming’.

​Sushant Verma (M.Arch. Em.Tech. – AA London, B.Arch. SSAA New Delhi, MCoA India) is an architect & computational designer, currently leading the research organization rat[LAB] - Research in Architecture & Technology. Former architect at Zaha Hadid Architects, London, and a Senior Editor at Arch2O, he has held teaching positions at a number of universities internationally, and is involved in education for computation & parametric design. He is the founder of rat[LAB] EDUCATION, which is an independent initiative to spread the idea of computation in design profession & education in India. Recipient of the MAK Schindler Award from Vienna/Los Angeles and a finalist for the AIA Emerging Leaders Fellowship from Chicago, his work has been widely published and exhibited across the globe in cities including London, Los Angeles, New York, Tokyo, San Francisco, Taipei and New Delhi.

Tanya is a rare breed of environmentalist - warm, engaging and with a sense of humour. She is currently Director of the Centre for Ethical Life & Leadership (CELL) which is a not for profit CSR and sustainability advisory. Tanya is also the India Representative of the EPEA (Environmental Protection and Encouragement Agency), Germany and is affiliated with the worldwide movement- Cradle to Cradle. The consultancy co-creates roadmaps with businesses to go beyond sustainability, so that they can maintain an abundance of resources in the world through their daily operations rather than engaging in the take-make-waste culture of today. Their solution lies in having a plan for the materials at the design stage- so that the materials can produce products of equal or higher value. Tanya is also the founder and Director of ‘Observing I’ a renewable energy and sustainable solutions company. The company’s work ranges from solar PV installations to waste management.

Ulrike is a catalyst for collective intelligence and a network enabler who forges direct links that connect people as her mentor Professor Peter Kruse described her. She is a consultant, author, futurist, community activist, free spirit and digital native, all rolled into one. Being disruptive is a job she takes seriously. Ulrike has a strong track record of community activism, building networks online and offline. Currently, she is the CEO of Janwar Castle - a skateboard park she set up with the ambitious objective of revitalising a village in rural India. In her TEDx talk, she’ll share how something that seems so unorthodox is affecting change. 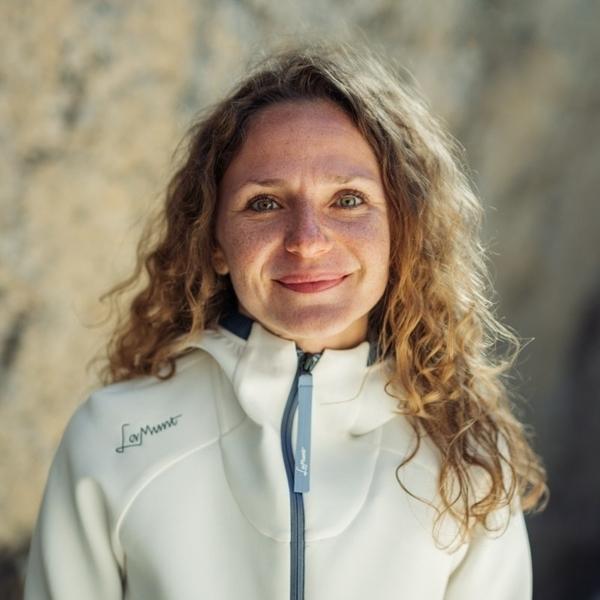