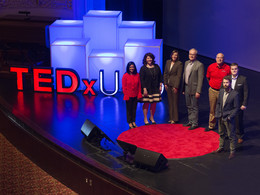 On November 5, 2016, the University of South Dakota presented the second annual TEDxUSD, featuring a diverse lineup of speakers, who explored different topics in Aalfs Auditorium at the University of South Dakota.
Designed to showcase the ideas and talents of the USD community in engaging 18-minute presentations, TEDxUSD presenters were chosen from a pool of candidates, and include many regional professionals, such as Taneeza Islam and Rob Green.

Founded in 1987, the Rawlins Piano Trio performs regularly throughout the United States and abroad, including prestigious concert series, television and radio broadcasts, appearances at conferences and educational outreach to young audiences. The Trio has made successful concert and teaching tours throughout Taiwan, Panama and South Korea. As a member of Chamber Music America, the Trio has performed on its prestigious performance showcase at the national conference in New York City. In the summer of 2015, the Trio served as guest artist for the Cedar Valley Chamber Music 10th Festival in Cedar Falls, Iowa. The trio has formed a reputation as a preeminent interpreter of 19th and early 20th century American music. Active as teachers as well as performers, artists Ioana Galu, violin, Marie-Elaine Gagnon, cello and Susan Keith Gray, piano are on the faculty of the University of South Dakota Department of Music.

Casey Finnicum is a graduate student at the University of South Dakota studying molecular biology and genetics. He conducts cutting-edge research in the field of genetics, leading to multiple publications in peer-reviewed journals. In addition to his passion for research, he also makes a point of communicating his findings to the public in a way that is accessible.

Rohrer has an incredible passion for transforming people's lives through education. In her mind, there is no greater work than that of opening doors in a person's life through opportunity and experience. She has spent years cultivating education and training curriculum and programs that engage hundreds of students through various classes, ensembles, lessons, summer camps, trainings, and performance opportunities. Her commitment to success, high expectations, and innovative ideas have helped her grow each program she has had the pleasure to oversee.

Dedicated to his state and students, Dr. Talcott has been working at South Dakota high schools for decades. Starting off as a Social Science Instructor at Sioux Falls O’Gorman High School, he eventually assumed the position of High School Principal of Brandon Valley Schools, a rapidly growing community outside of Sioux Falls.

Jeff Gould has managed the Funeral Planning department for 10 years. “The best part of what I do is the learning the stories and life lessons of families we serve. I meet people every day who may or may not be rich, but have led rich lives.” An accomplished speaker, Jeff speaks to thousands of people either in person, or on his annual Christmas Radio Program, A Prairie Christmas. He is a current board member of Tiger Nation, Sales and Marketing Executives and is a lay speaker at Hilltop United Methodist Church. Jeff and his wife Libby have four daughters and a 125 year old house that keep them busy.

Lindsey Meyers is the vice president of public relations at Avera Health. She is incredibly invested in the medical community within South Dakota and, through marketing and communications, strives to keep up with media demand, all the while being a voice for women in leadership.

As an avid writer, martial artist, and motorcycle enthusiast, Rob’s hunger for adventure has pulled him to nearly every corner of the globe. When he’s not helping students build character and confidence at his Taekwondo academy, he spends his time volunteering on international medical missions in developing countries. He enjoys learning from the contrasts of life—from Barcelona’s glittering vistas, to Kathmandu’s crumbling shantytowns, to Guatemala’s bustling jungles, to Morocco’s serene mountain ranges—Rob is always looking to dig in deep and explore the wild places of the world.

Taneeza Islam leads a program aimed at assisting low-income South Dakotans in need of legal services. Islam, an immigration attorney, is involved with several projects aimed at improving Sioux Falls, including the Collaborative Legal Incubator Program. The program will train young lawyers on how to run successful firms, and in turn, they will provide free to low-cost legal services to low-income clients for at least a year. Islam helped organize the “Being Muslim in Sioux Falls” panel last fall in reaction to anti-Islam rhetoric being spewed during this year’s presidential election cycle. Additionally, she took part in a panel that discussed the legal ramifications of the "travel ban" for international students at the University of South Dakota. 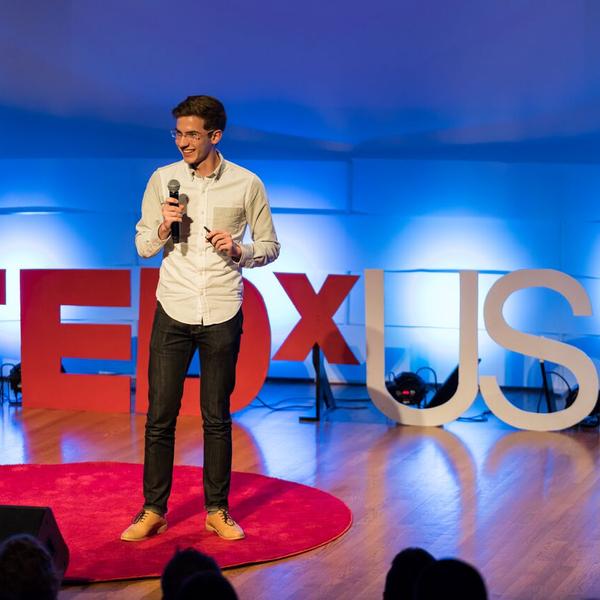