Theme: Connection - How to use "connections" between people to positively impact our society

When we look at the Global Village that it is the world around us, we have decided to make the most of our strategic position. We decide to design the visual relation with X from TEDx on the World Map and we found our treasure. At first sight, the words Cape Verde and wealth do not usually come together. On the contrary, we seem to be doomed by the lack of natural resources, complex identity, vulnerable to natural disasters; namely, drought. So the question is, where is this wealth? Our treasure it’s the triumph of a stable democratic model, a continuous peace, a high literacy rates, a sense of community that is resilient to the current habits, and the people's audacity to always be bold in challenging thoughts and paradigms, truly punching above our weight, in spite of our small geographical size! Connection!!!

This boldness was stressed by the American historian Marcel Balla, that mentioned on his research that “ Cabo Verde was the center of the World, and was the inception of the New World, because it was from this Archipelago that during the 15th century that the discovery of the Americas started”. So small and we were the Center of the World? It might look a fairtytale, but this is the daily reality of Cabo Verde's citizens who are connected (mainly via Viber) to their compatriots living in Boston, or whose children are studying in Europe or Brazil via skype and know Lisbon better than the other Cabo Verde islands put together and yet, each day, these same citizens also manage to embrace their African identity through music and cuisine or even trips to Senegal. Connection!!!

Beyond this bond there is the fact that Cabo Verde is a little bit of South America, Europe and Africa, not only due to our behavior, but also by the colour of our skin that traveled and danced through this mixture present in the creole people that proudly lives at the middle of the Atlantic.. Connection!!!

This is the Subject chosen for TEDxPraia -Connection – the first TEDx event held in Cabo Verde, and we dare to believe that it will be a success.

Vera Cruz and Edyoung Lennon are part of the group Spoken Word Cabo Verde. "Spoken word" is a performance art that is word based.

Djam is a capeverdean dancer and coreographer

Emily Macauley adds value with her experience in communication and corporate management earned from over 10 years working in the Mobile Telephony industry of Africa. She holds a certificate in Executive Corporate Management from London Business School (UK) and a BA from Betty Owen center (NYC). She is the CEO of Wansati Communications Ltd and prior to that, worked as the Communication Director for Africa with ICF (The Investment Climate Facility). She held several positions at Celtel International as Managing Director of Celtel Burkina Faso and Celtel Madagascar. She was distinguished with several awards: African Woman’s executive leadership award (Sierra Leone); Yenenga Award for recognition in women’s entrepreneurial leadership (Burkina Faso) and was nominated by Jeune Afrique Economia amongst the TOP 50 Managers of the African Continent. Emilienne also made part of team that organized the successful event "Africa Innovation Summit" as Director of Communications and Fundrasing

The goal of the group Mon na Roda is to promote the social inclusion of people with physical disabilities through dance and improve their quality of life in a creative and inspiring way. They have already won the Cape Verde Human Rights Prize,they also won the bronze medal in representation of Cape Verde at the International Wheelchair Dance Championship in Belgium and they are part of the UNESCO International Dance Council CID

With a career of more than 30 years, he has staged more than 50 shows, mostly in Cape Verde, in the city of Mindelo (São Vicente Island). He is a mentor and founder of the Theater Group of the "Portuguese Cultural Center", which inaugurated a new era in the theater of the island of S. Vicente, and he is also of the founder of the International Festival of Theater "Mindelact", today the largest theater event in Lusophone Africa. He founded with other fellow artists, "ALAIM" - Mindelo's Free Academy of Integrated Arts, a new model of artistic education in São Vicente. He has been awarded by the Presidency of the Republic of Cape Verde with the First Class of the Volcano Medal, for his contribution to the Cape Verdean culture.João Branco is an indispensable reference of theater in Cape Verde.

Luis Frederico was born in Cape Verde and has lived in Belgium for more than a decade.He has a degree in Physics Engineering and has professional experience in multinational companies such as Siemens, Caterpillar and Johnson & Johnson. As a community builder he is the founder of Startup Weekend in Ghent and Health 2.0 Chapter Belgium.

Nick Pinheiro is an experienced software engineer, technologist, speaker, author and evangelist. He is a Senior Consultant in the Azure Applications Circle of Excellence (CoE) at Microsoft where he develops cloud-based, web and mobile applications for the world’s largest organizations. Considered the authority on integrating Microsoft & Facebook technologies, Nick speaks at various industry conferences on Modern Apps, Social and Cloud.

Paulo is a Portuguese entrepreneur and developer of E-commerce and Social Commerce platforms, Founder of Facestore, the first worldwide platform to create online stores on Facebook.The platform he has created has been responsible for the appearance of 20,000 online stores on Facebook, won the European Commission's Entrepreneurship Grant and integrates Microsoft's Bizspark program

Valerio a Cape Verdian born in the diaspora who lives between the US and Luxembourg is the creator and founder of Afryk and Medeo. With a degree in Audio Engineering, he became later a self-thought programmer and digital smith, forging a number of apps and digital products. His main goal is to allow our African History and Heritage to be transported over and thought in all the ways that technology enabled us to express our selfs. He is also one of the founding members of ADYNE (African Diaspora Youth Network In Europe) 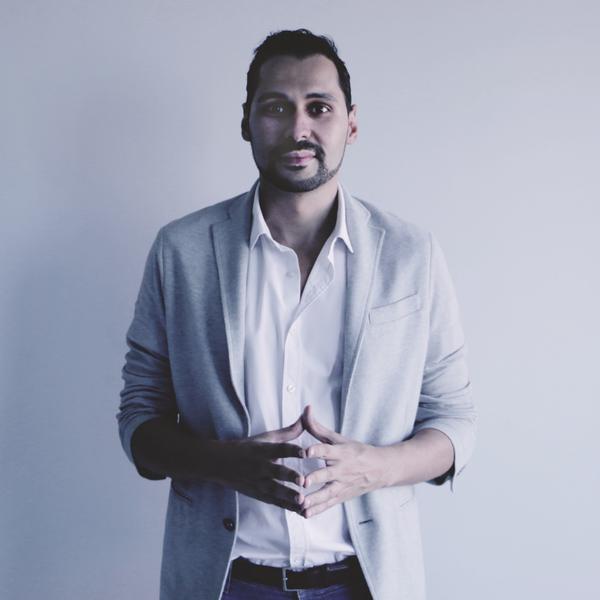