Theme: Shoot for the Stars

TEDx events are fully planned and coordinated independently, on a community-by-community basis. The content and design of each TEDx event is unique and developed independently, but all of them have features in common.

Kinnaird College is the pioneer of a TEDx University style event in Pakistan. This year, the conference will be based on the theme - Shoot for the Stars.

Together with the caliber of our audience, our inspirational speakers and the distinct venue, TEDxKinnaird will surely turn out to be a remarkable event worth being part of.

ZerBiding is a group of four music enthusiasts hailing from Gilgit-Baltistan. With two Rubabs, a Guitar and a Djambe, these guys recently formed a band in November 2016 but are not new to music as all the members have a lot of experience in performing and making music. Saifullah Baig, takes the lead on the Rubab. He had his music training under a very famous Burushaski musician and performed with the famous instrumental band ‘Khumariyan’ at a lot of platforms. Moiz Ali is the backbone of this musical group as he is the one controlling the groove on the Djambe. He has been playing the drums with the local parade band and has solid grip and knowledge of the drums. Uloomi Karim, is the supplementing Rubab player as he is the most experienced in the group in terms of being associated with music. Akeel Ashumat, is the man on mic and the guitarist of the group. He was one of the top 10 contestants of “Voice of Bahria” and has been in the music for more than 4 years now.

Faheem Azam cannot be defined by one title such as Actor, Writer, Director, Trainer, Stand-up Comedy performer etc. as he dynamically keeps growing in these areas. He is truly a multifaceted professional with strong creative capabilities. He captivates, entertains & educates people through Entertainment media, Academia and his Motivational Talks. Faheem Azam is highly respected as an intelligent and daring Director in Theatre and a uniquely hilarious Writer. He has also done motivational speaking at forums like TEDx, KAHO and Kuch Khaas. Faheem Azam performs Stand-up Comedy under the title “Don’t Laugh, I’m Serious!”. He has also been coaching amateur actors for theatre and TV, for almost a decade and now he’s coaching Stand-up comedy performers. A leading performer, member and organizer of the platform ‘Comedy Scene’, his guidance and vision have helped this platform produce successful shows and bring in aspiring performers in Comedy.

Fiza Farhan, is a young women entrepreneur, featured in the US Magazine Forbes 30 Under 30 List of Social Entrepreneurs twice. She represents Pakistan on the United Nation’s Secretary General’s first ever High Level Panel on Women Economic Empowerment along with global leadership in addition to advising the Government of Punjab, as Chairperson to Chief Minister Punjab’s Task Force on Women Empowerment. Previously, Fiza was the CEO of Buksh Foundation and Director of Buksh Energy Private Limited, both companies pioneering unique and demand based multi-stakeholder solutions in the domains of gender equality, inclusive growth, renewable energy and impact investment. Fiza continues to represent Pakistan on multiple international forums including the UN Foundation, ADB Energy for ALL and the Clinton Global Initiative. In 2015, Fiza was also selected as the 2nd Pakistani to become a Future Energy Leader appointed by the World Energy Council.

Haider Raza is one of the co-founders and CEO of FindMyAdventure, Pakistan’s first online travel and tourism market place. After completing his bachelors from LUMS in 2014, he worked for 2 years with an FMCG multi-national in Karachi. It was during this time that he discovered his passion for entrepreneurship and to be true to himself, he quit his job to pursue his passion.

Mehboob Mian Miri Qawwal Group was formed in 1979. Apart from performing at the Shrine of Hazrat Mian Mir which has lent the group their name of "Mian Miri" Qawwals, this group has often been the highlight at various Sufi nights at the Peru's Cafe. Embassies and other corporate Sufi festivals have been lit by the presence of this mystic Qawwal group.

Mobeen is a photojournalist, painter and sculptor based in Islamabad, Pakistan. A graduate of National College of Arts in Rawalpindi, Pakistan, his mission is to promote a positive and often unseen side of his country through his photographs. Challenged with loss of hearing at a very early age, Mobeen has always been observant of his surroundings and translates those visually through different mediums. In 2014 he published a photography book called ‘Dharkan: the Heartbeat of a Nation’ which features portraits and stories of iconic people and unsung heroes of Pakistan. Mobeen has also made a film ‘Hellhole’ which is a short silent film based on the life of conservancy workers, better known as gutter cleaners and it has won ‘Best Short Film (non-fictional) award at Pakistan Calling film festival.

Moin Khan, a biker, a traveler, an adventurer works on the agenda of changing the negative impact of Pakistan created through media, all over the world. He is an entrepreneur of dynamic mind who invites foreigners from all over the world to visit Pakistan and see the different side of Pakistan, the positive side; the mix of his passion with a mission resulted in the outcome of #ADifferentAgenda. He initially started his journey on a motorbike from San Francisco to Lahore. Moin Khan believes that traveling is not a means to brag about being in this place or that place. Traveling is to challenge yourself to things outside of your comfort zones, do things you’d never think to do, and to think in ways you never thought to think.

Rizwan Nusrat has earned himself the experience of providing marketing solutions to companies across the board. He has managed 360 degree marketing campaigns for several successful product launches and finds the innovation and creativity involved in his work to be a key driving strength in his career. Rizwan is currently the Chief Executive Officer at GRID and is involved in the product development and marketing strategy for the organisation and finds it exciting to pitch a video game to a development audience.

A self-taught digital entrepreneur, who founded and bootstrapped his first startup at the age of 17 which later got acquired. With more than 10 years of marketing, business planning & execution experience Umar has established and sold many online ventures including blogs with millions of readers and won awards for selling some of the best blogs on world’s most renowned flipping portal FLIPPA. After losing 55 kilos in 2014 Umar started working on an idea to eradicate obesity from Pakistan which led him to found Nutright, Pakistan’s first preventive healthcare company which is on verge of changing the fitness industry of Pakistan.

Walid Iqbal is a Pakistani Politician and Lawyer. He is the grandson of Muhammad Allama Iqbal and his vision and ideology is what Walid Iqbal will resonate in his talk at TEDxKinnaird. Presently, Walid Iqbal is the President of Pakistan Tehreek-e-Insaf Lahore and serves as an Adjunct Professor of Business Law at LUMS. In addition to this, Walid is a nominee of the Securities and Exchange Commission of Pakistan, is on the Board of Directors of the Lahore Stock Exchange, and is a member of the Association of International Petroleum Negotiators. 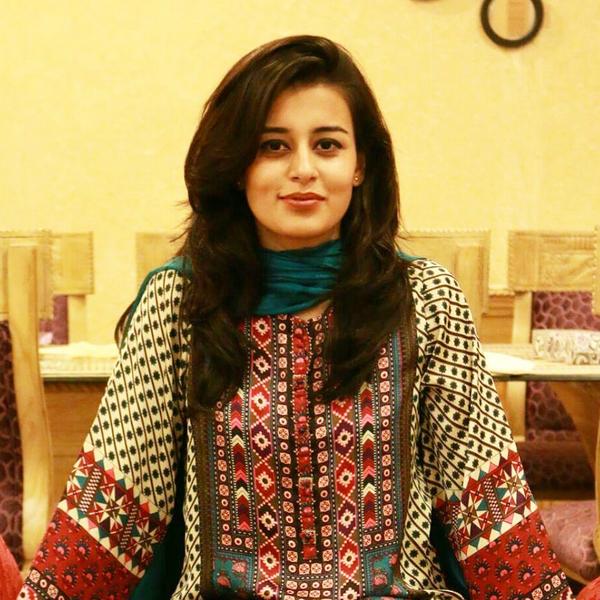