What if the world was different ? What if we could make that difference ? Rebellion is not only about making trouble, it is about innovating, spreading new ideas and breaking the codes to create better societies and shape a better world.

On April the 30st at the Grand Rex, TEDx offers you the opportunity to attend a bilingual conference (french and english) to discover people who contribute concretely to such changes. 9 speakers from various backgrounds have accepted to share their experience: a political activist, a student, a musicologist and neuroscience researcher, a politician, a writer and philosopher, an entrepreneur, an art researcher, a cybersecurity specialist and an environmentalist will be there to broaden your views on rebellion.

Ms. Alfsen was born in France and received her undergraduate training in Political Sciences at the Institut d’Etudes Politiques de Paris (IEP), followed by graduate degrees Public Law and Development Economics. She also has degrees in Russian and Romanian languages and civilizations. She joined the UN system in 1979. The focus of her work in the last ten years has been on governance of urban areas and ecosystems functions in human dominated landscapes. Christine Alfsen is now teaching sustainable development at Sciences Po, Menton in the South of France, Le Havre and Paris. She is also building an ecological house and developing ecosystems services such as biodiversity, pollination services, food and water storage on the land.

For the past year and half, Clémence has always had an emergency blanket in her bag. She can also list all of Paris’ free Wi-fi spots by heart, and hold a semi-decent conversation in Pashto (she’s still working on Farsi, Arabic and Tigrinya). A regular team member at first, Clémence is now one of the Material Needs Team Coordinators for Sciences Po Refugee Help, an apolitical student association aiding asylum seekers and refugees. Using a positive mindset and rights-based approach, our organisation provides material and legal assistance, as well as French lessons and social activities to help integrate asylum seekers and refugees into France’s social and cultural life. For Clémence and her team, this mostly means running around in the streets with bags full of underwear, city maps and Decathlon gift cards.

Hyung Joon Won is a South Korean violinist widely recognized for his musicianship and national activism. A child prodigy, Mr. Won gave his first solo performance with the Seoul Philharmonic Orchestra at the age of ten. Before enrolling at Juilliard, he won numerous competitions such as the Kingsville International and New York Philharmonic Festival. Mr. Won has worked with a number of world-renown orchestras as a soloist, including the Hong Kong Pan Asia Philharmonic, Massapequa Philharmonic, and the Marrowstone Festival Orchestra. In 1990, Mr. Won proudly represented South Korea when he performed at the World Economic Forum (WEF) in Switzerland. The forum, which celebrated the 1990 reunification of East and West Germany, inspired Mr. Won to think of music as a medium of reconciliation. In 1996, he performed at the UN General Assembly Hall under the theme World Peace. Such performances strengthened his resolve to leverage his musical career for the reunification of North & South Korea.

Liang Chun is an agronomist who has worked with farmers in Japan and Malaysia. Last year, he joined the Malaysian Agroecology Society to reframe the ways in which producers, consumers, researchers, activists and policymakers relate to one another. Recently, he had the opportunity to highlight challenges of rural living and aspirations of rural communities in Southeast Asia when he led the grassroots campaign and created the conference agenda under the ASEAN Work-Life Balance Project.

Michel Aloui is an entrepreneur. In the 1990s, he worked in Western Siberia where he directed various projects including the building of a hospital or a huge wooden factory and technological projects such as radiation / wireless monitoring. In 2000 he returned to Germany and then worked on the development on social entrepreneurship.

Thomas has four years of experience working across the United States for major electoral campaigns, most recently serving as a Field Organizer and Regional Field Director for Senator Bernie Sanders’ Democratic presidential primary campaign in five states, including working as part of the teams behind Senator Sanders’ upset wins in the New Hampshire and Michigan primaries. In 2015 he obtained a "Licence de sciences politiques", also from Sciences Po. 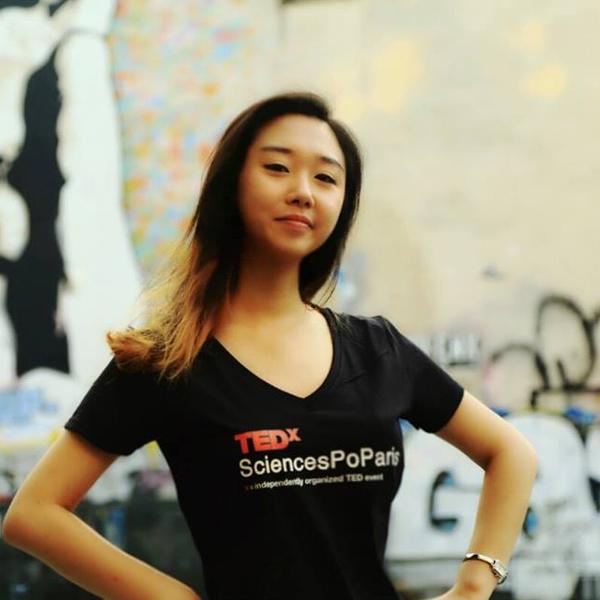