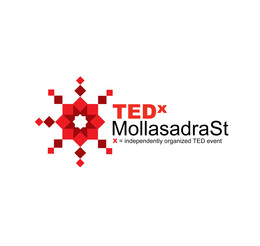 In positive psychology, flow, also known as the zone, is the mental state of operation in which a person performing an activity is fully immersed in a feeling of energized focus, full involvement, and enjoyment in the process of the activity. In essence, flow is characterized by complete absorption in what one does. Self-flow is one level upper than flow in the aspect of mind power. Individuals who have strong mental capabilities have an interior power to create impetus for themselves. These kind of people know how to change their way of life and to prosper.

Ali Zand Vakili (born 1986) is a famous Iranian singer and musical player. He began his works by learning Percussion and singing along with Ali Kelk (Rashidi) and in 1998 he entered art school in Shiraz and started learning Santur and Piano. In 2002 he entered musical art school in Tehran and graduated there. He currently has M.A. in music. Alongside his brother Mohammad Zand Vakili he started a band named Zand Band. Zand Vakili has several collaborations and concerts with Dang Show, Khamoosh, Tolu, Naghme Kimia.

Alireza mirhadi born on May 1992, graduated graphic design from Honarhaye Ziba art institute. In 2010, Alireza continued his education on industrial design in Art and Architecture university of tehran. He cofounded Gif Studio in 2014, concentrating on his lifelong passion, production of video and motion graphics.

Ali Asghar Hemmat, born in 1952, Shiraz, Iran, is an Iranian cinema and theater actor. He was fond of Siah Baazi and Ta’zieh theatrical acts since his adolescence and he went to study theatre in Tehran school of fine arts to pursue this childhood interest and graduated in 1980. Hemmat has performed in many TV series such as “Imam Ali”, “Friendship Agency (Azhanse Doosti)” & “Like No One Else (Mesl e Hichkas)”. He also acted in movies like “Ugly & Beautiful (Zesht va Ziba)”, "a Sugar Cube (Yek Habbe Ghand)”, “Insomnia (Bi Khabi)”, “Satan’s Imitator (Moghaled e Sheytan)” He was recently awarded as the best male actor in 35th Fajr Movie Festival in 2016.

Farhad Handjani is a medical doctor with a specialty in dermatology. Although he is currently an associate professor of dermatology and former chairman of the department at Shiraz University of Medical Sciences in Iran, he has also been trained as a GCP Clinical Monitor by WHO/TDR. He has monitored both vaccine and drug clinical trials in a number of developing countries. One of his main interests is cutaneous leishmaniasis and he has published a number of articles in this field. In addition, he is currently the chief-editor of the Middle East Journal of Cancer and the Iranian Journal of Dermatology and an editorial board member of a number of other national and international journals. He is also President of the Eastern Mediterranean Association of Medical Editors (EMAME), a fairly new association that has set out to promote high quality medical journals in that part of the world.

Farrokh Shayesteh is an artist and professor at Japan’s “Meio” University. As one could infer from the meaning of his last name in Farsi, he has so eloquently entwined modern and traditional Iranian arts in the course of his career. His first mentor, his father, Sadr-Ałdin- Shayesteh é Shirazi, was a well-renowned Shirazi painter and artist. In his own words, Farrokh believes that “to truly see [his] paintings, one must come intimately close to them”. Farrokh, a UC Berkley graduate, began painting at the age of four. He pursued his undergraduate studies in architecture, and never deemed any profession more appropriate for him other than painting. His social life consists of his intellectual interactions in the university setting. Lastly, he holds his paintings so dearly, that he prefers not to sell any of them.

Fatima Mokhtari (born on April 5th, 1996, Shiraz) is an Iranian athlete and inventor. She finished her high school with a science diploma in NODET (National Organization for Developing Exceptional Talents) high school and is currently studying Cellular and Molecular Biology in Shiraz University. She has always had a multi-talented personality and holds her position on this until this day. She started mountain climbing in 2009 and in 2012 started caving professionally. She is currently one of the youngest cavers in Iran. Her other pieces of work include her inventions of biking for blind package and CNG fuel facilitating container.

Mehrdad Iravanian (born 1336 Shiraz) is an Iranian architecture. He studied architecture at the University of USl in Louisiana, America. Since his return to Iran in 1370 has engaged in designing and executing various architectural projects in Shiraz and the cities around. He has several collaborations with Shiraz Azad University. In 1381 he participated in Mariel Festival in Italy (in the countries of North Africa and the Middle East category) and won first prize in the contest of stone architecture in urban design section for Qoran Gate of Shiraz. His activities include numerous constructional, urban and landscape projects. His notable projects and executive work are: Chamran Boulevard, Khajoo Park, Gas Company building, Sadra park, Lots residential homes in Shiraz between 1374 to 1386

Mohammad Nami a medical doctor holding PhD in Neuroscience (Cognitive Studies), currently Head of the Department of Neuroscience at the School of Advanced Medical Science and Technologies, Shiraz University of Medical Sciences, Shiraz, Iran. He also serves as the National Brain-Mapping Lab Advisory Board member for Neuroscience in Iran. His main areas of research and clinical practice are neuroscience of sleep, neurological aspects of sleep disorders and related neurocognitive assessments/interventions. In the neuroscience laboratory-NSL (Brain, Cognition and Behavior) at SAMST, Shiraz University of Medical Sciences, his focus is to assess brain-health and sleep research also to design and implement neurocognitive rehabilitation through interdisciplinary platforms.Beside science and professional endeavors, he has been involved in Iranian traditional music (Avaz) as a former member of the biggest symphonic orchestras (Pars) in southern Iran (solo- vocalist).

Mohsen and Milad Hazrati and Forouzandeh

Mohsen Hazrati and Milad Forouzandeh are media artists and curators based in Shiraz. They have founded Dar-Al-Hokoomeh project in 2014 with a vision to expose the potentials of New Media theory and practice to the Shiraz art and social community. Recently they are focused on learn, improve and manage young local potential’s to showcase and exchange the knowledge in new media art.

Pourya Deh Bozorgi (born 22 May 1993, Shiraz, Iran) is the CEO and founder of Weeblook search engine and social media and one of the pioneers of Parkour in Shiraz. He is a web designer, programmer and website developer and created the successful and popular website Shirazi Google (which is the first and the only interactive search engine in the world that works with the beautiful Shirazi accent). He is recognized as the youngest successful person in web area in Iran. He began his work with programming his first application in the age of 14 and successfully created his search engine and social network in the age of 21.

Doctor Seyed Habib Firouzabadi (born 1322 in Tehran) is an Iranian chemist. He spent his elementary and high school in Tehran and got his BS and MS in shiraz university and his Phd in Chemistry from Pennsylvania, America. Dr. Firouzabadi is one of the most notable professors and scientists of Shiraz University, nationally recognized researcher and chemist, First prize winner at Kharazmi contest, winner of Afzali pour prize, one of the founders of Kerman University, winner of Comstech award, International scientist of Iran, permanent member of TWAS, founder of first graduated students society of Shiraz University, 4 time president of Iran Chemical Society, editor of international Iran chemistry journal for more than 7 years, published more than 100 articles in international journals and textbooks. He is on the list of the top 100 scientists of the world.

Shohre Beheshti, born in June 1948, Kermanshah, is an Iranian medical doctor. She finished her high school studies in Tehran and continued her education in medical sciences in Shiraz University of Medical Sciences. She continued her post-graduation studies in Shiraz University and finished her education on infectious diseases in Chicago University in Illinois, USA. After graduating she return to her country and started working as a faculty member of Shiraz University of Medical Sciences in 1983. Dr. Beheshti founded Pezhvak foundation in 1997. As the government started giving licenses for NGOs in 2000, Pezhvak was one of the First ones to get the license. The first official speech of Pezhvak NGO was given in 2001. The activities of this organization still continues.

Siavash Safarian Pour (born December 30, 1980, Tehran) is a famous Iranian scientific shows host on TV. He was fond of astrology from the age of 12 and this helped him develop ideas of spreading it. Alongside his brother, Mohammad Foad, he went to the national television center on 1997 and was granted a permission for a 100-min astrology show which was acknowledged by the viewers. He and his brother started a TV show called Night Sky (Aseman -e- Shab) on 2001 which was one of the oldest weekly astrological programs on TV worldwide. His other TV shows are: Tic-Tak, Circle (Dayereh), Hello Iran (Mardom e Iran Salam), Radio 7, Eclipse Seekers (Jooyandegan e kosoof), and Wheel (charkh). 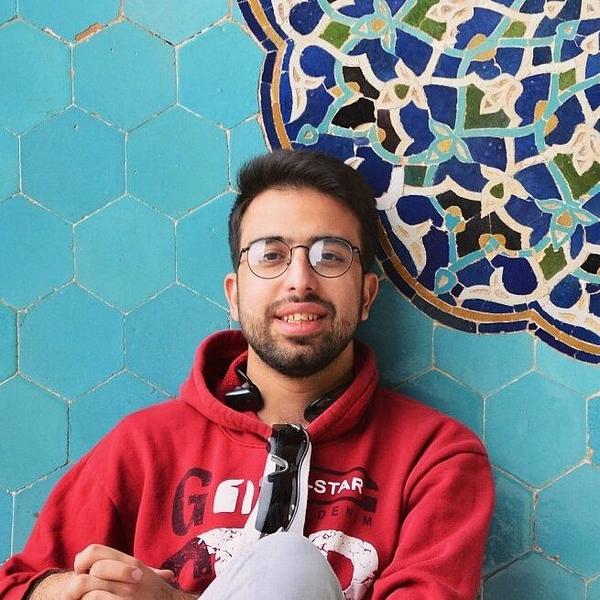 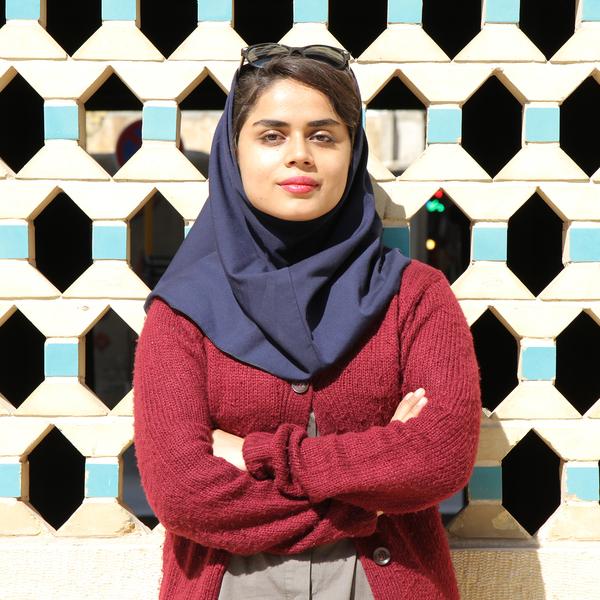