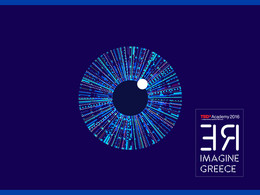 At TEDxAcademy 2016 we want to start a conversation, to share ideas on a vision for Greece going forward. To RE Imagine Greece. We invite 18 men and women, thinkers and doers from around the world, to share their ideas on a Vision for Greece 2030. This unique and distinguished collection of speakers shares perspectives on Greece and the world that are insightful, thought provoking—and sometimes contradictory. One theme stands out: Greece’s destiny is not fixed. The country can defy the prophecies of inevitable decline. Join us in the conversation to form a Vision for Greece 2030!

Co-founder of the company Geotag Aeroview, which created TRIPinVIEW, the first Visual Travel website in the world

Working in brandbuilding, marketing and advertising, founder and Chair of the US branch of global advertising agency Bartle Bogle Hegarty.

President of the American College of Greece

Dr. David Horner, Higher Education Expert Dr. David Horner is the President of The American College of Greece, since July 2008. Previously, Dr. Horner served as president of North Park University in Chicago from 1987-2004. During his presidency North Park’s enrollment tripled, a range of master’s degree programs and one doctoral program were initiated, several major campus improvement projects were completed, and the endowment grew six-fold. At the time of his first appointment as president at Barrington College in 1979, he was the youngest college or university president in America. He has held faculty positions at the University of Rhode Island, Barrington College, Harvard University and North Park University. President Horner received a bachelor’s degree, summa cum laude, in philosophy from Barrington College, a MA from the University of Rhode Island, and a MBA and a PhD in higher education administration and policy analysis from Stanford University.

Dr. Dimitri Nanopoulos is a world known physicist. He is the fourth most cited High Energy Physicist of all time, according to the 2001 and 2004 census, cited more than 45,290 times over across a number of separate branches of science. He is holder of the Mitchell/Heep Chair in High Energy Physics at Texas A&M University, head of the Houston Advanced Research Center (HARC) Astroparticle Physics Group, and fellow and chair of Theoretical Physics, Academy of Athens in Greece. He has made several decisive and insightful contributions to particle physics and cosmology, and works in string unified theories, fundamentals of quantum theory, astroparticle physics and quantum-inspired models of brain function. He has written over 680 original papersall published in peer-reviewed journals and high impact factor (hINDEX=102), including 15 books.

Global director of education programs for Microsoft. In her role as global director of education programs for Microsoft Education, Eve is responsible for Microsoft's strategy across educators and key business & technical decision makers in education. Microsoft offers a range of professional development programs to bridge the gap between technology skills and innovative teaching. These programs reach beyond traditional software training to provide a scaffold that supports educators of all skill levels on their learning journey. Through these programs, we trained more than 12 million teachers and reached more than 230 million students since 2003. Eve is passionate about using technology to solve hard problems and has worked with Microsoft since 2001 in various technology and leadership positions focusing on solutions that scale and partnerships that extend impact and benefit.

Chairman and CEO of the Libra Group, an international business group comprising 30 subsidiaries active in 35 countries across six continents

Surgeon and Director of the Breast Clinic at REA Maternity Hospital. He studied medicine at the University of Chieti in Italy and since 1987 has specialized in breast cancer. In 2010 he founded the non-profit organisation E.M.E.I.S, the Scientific Organisation for the Healing and Support of Breast Diseases.

Academic, author and passionate speaker who has been named as a "management guru" in the Financial Times, and as one of the world's top 25 thinkers by the journal Business Strategy Review

JOHN ANDREWS is an author and journalist specializing in world politics. Over the course of his journalistic career that began in the Middle East, he became The Economist's most experienced foreign correspondent, with postings in Europe, Asia and America. Now, he is a senior editor for Project Syndicate and a contributing editor for The Economist, the prestigious British weekly. In his role as TV interviewer for the annual World Policy Conference, Andrews regularly interacts with prominent figures in politics, business and economics. John is the author of two books on Asia, co-author of a book on Europe and co-editor of Megachange: The World in 2050. In his latest book The World in Conflict , John Andrews tackles head-on the reasons why global conflict is ever-present in our lives. His book is a characterized as a must-read book for anyone who wants to know more about the world and its danger spots, and how and why war and terrorism persist.

Member of the Estonian Parliament

Member of Estonian Parliament, and chairman of the European affairs committee

Soloist and chamber musician, performed in many renowned music halls all over Europe. He has won numerous prizes in music competitions and has been invited in important international music festivals.

Civil engineer and topographer with a life of public service. Served as Mayor of Kalamata, as an MP representing Messinia and in ministerial and deputy ministerial positions. Former of the cultural non-profit association called "DIAZOMA"

Senior Partner at McKinsey and Company.

Senior Partner at McKinsey & Company in Greece, leads credit risk practice globally, as well as the financial institutions practice in Greece and Cyprus. 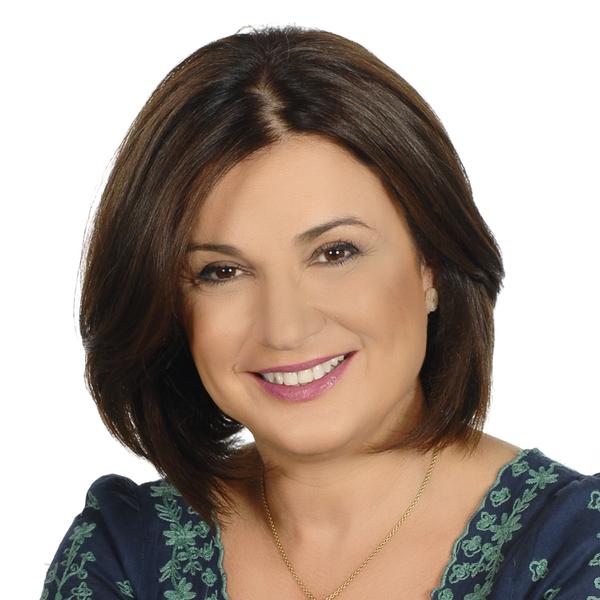