The winds and the waves are always on the side of the ablest navigators. Navigators that surf the wave of innovation and discoveries. Much likes Waves, ideas too, are one of the most powerful forces on earth, driving discovery and innovation, thought and paradigm. They are the ocean's pulse and our driving force. At TEDxYouth@JPIS 2016 we celebrate 'Waves-the spread of ideas', where speakers from multiple disciplines will take over the stage to spark a deep discussion amongst the youth on some of the most profound ideas, expanding its understanding of the power these ideas hold and the eminence of discoveries and innovation that ties into that.

A young woman who emanates the waves of change and inspiration, Ms. Akanksha Goswami is an eminent voice-over artist and assistant director. Her journey began with Satyamev Jayate, an Indian Show critiquing and providing solutions to social issues, as an assistant director. She has worked on several other projects, including National Geographic's Megastructures as well as the phenomenal web series on unsung real-life heroes, The Logical Indian. She has a passion for grass-root research and strongly believes in its role in finding solutions to bigger problems of the world. With this fervor, Ms Goswami tackles issues that plague the world one at a time, bringing a whole tide of transformation.

Apurva is a 17 year old student at JPIS. If you follow this less-than-perfect world through this teenager’s eyes, you will surely dive into the unexplored, for she has a penchant for seeking the extraordinary amongst the very ordinary. Apurva can be best-described using three words- thoughtful, hopeful and powerful. Not only is she always bursting with ideas, but is also available when one needs an ear to hear.

Capturing reality in its most nascent form, Niharika uniquely blends reality with her imagination on paper. Niharika has an unwavering spirit and does what she believes in. She's the kind of person who simply loves a good conversation and can go on hours talking about Drake, Dante or unicorns. If she’s neither gossiping nor engrossed in a book, you will find her in the corner of the art room where she finds the perfect solace to create bold masterpieces in order to change the ways of the world.

Right from within Jayshree Periwal International School comes 16-year-old Onkar Gulati, an overly ambitious student who is fueled only by his desire to know and learn. As an avid author and a budding mathematician, he’s already penned his first novel and considers Calculus problems integral to having an enjoyable day. When he’s not staring at his laptop, you’ll likely find him at a nearby swimming pool or questioning his own existence while playing the Interstellar theme on his piano, or, in the rare case of 23rd September 2016, speaking on the stage of TEDxYouth@JPIS.

Aiding to the vision that Bhagwan Mahaveer Viklang Sahayata Samiti strives towards (the vision being that of empowering handicapped people enough to become self-sufficient), Pooja Mukul supports the R&D division of the appreciated organization. Alongside functioning her own clinic in Jaipur, Ms. Pooja has participated in the Global Entrepreneurship Summit (2016) held at the Stanford University by President Barack Obama, invited and sponsored by the Dept. Of State, USA. Ms. Mukul has indulged in large scale projects such as prosthetic technology transfer for prosthetists in India from countries like Cambodia, Mozambique, and Fiji.

Rahul Dev is a well-known Indian journalist, partaking in both English and Hindi journalism- the latter being his forte. He is an active contributor in the fight for the survival of our mother tongue - Hindi. Mr. Dev is currently heading CNEB news channel as CEO and Editor-in-Chief and is actively propagating the message against linguistic adversity due to the spread of English. Rahul Dev has worked on communication issues with organizations like UNDP, UNAIDS and NACO.

Group Editorial Director (Publishing) of India Today Group, Mr. Raj Chengappa is an award-winning journalist of over 30 years' standing. His astounding list of achievements includes being a former Nieman Fellow at Harvard, as well as a Harry Britain Fellow at Oxford. Be it the intricate conundrums of international politics like the Turkish Coup, or the life story of a legend like Kapil Dev, Mr. Chengappa's versatility as a writer is incredible. From science and technology to sports to health to foreign affairs, he has authored over a hundred and fifty brilliant, groundbreaking cover stories. His diversity doesn’t end there- Mr. Chengappa's passion for the environment even drove him to become part of the Prime Minister's Council on Climate Change. The recipient of innumerable prestigious journalism awards Prem Bhatia Award for Political Analysis and Reporting and the Statesman Award for Rural Reporting,

A certified Deception Expert; Certified Fraud Examiner; Neuroscientist, Psychotherapist; as well as the CEO of Irians Research Institute - Mr. Raul V. Rodriguez is practically the epitome of versatility. Mr. Rodriguez has been rated Asia's Top Expert in the science of detecting deception and among the Top 25 globally. His extensive, brilliant experience gives him an unparalleled insight into the intricate workings of the sub-conscious mind. An inspirational genius, Mr. Rodriguez's knack for psychoanalysis and brilliance at deception detection has been of great service to several eminent organisations, including UN Youth, the European Union, as well as Interpol. Mr. Rodriguez inspiring waves of genius and a fresh perspectives are only added bonus to his charming personality which he brings to TEDxYouth@JPIS 2016.

Rupal, a 17 year old JPite, has always been an impatient optimist. She brings in with her an air of compassion, warmth of smile, bubbles of laughter, along with pragmatism wherever she goes. Behind her radiant smile lies an endeavoring persona, who strives for nothing less than perfection. Her pragmatic approach bridges the gaps between the ideas and their viability. This teenager is also fond of putting her perspectives on a canvas, exploring economics’ issues, solving math problems and talking about dreams.

Hailing from Ahmedabad, Rutvik Oza is an amalgam of creativity and logic. A screenwriter and a mathematician, Rutvik Oza is the young mind behind the screenplay for the Lunchbox, a movie which later won him a Filmfare Award. At the age of 17, he has put a full stop to another an open problem in the field of math and solved the 4-peg Tower of Hanoi. His creative insights into tackling Math based problems is extremely refreshing and would certainly inspire many!

T.D. Chandrasekhar is currently the Chief Innovation Officer for BCCL (the Times Group), he's also the mastermind behind the skills of greatest corporate leaders of this decade. He takes extraordinary interest in helping his clients to dig out their strengths by helping them find their 'spark'. Through this, he delivers high standards of creativity and innovation. His wave has impacted organizations like Genpact and Asian Paints by his facilitation of over 500 programs. 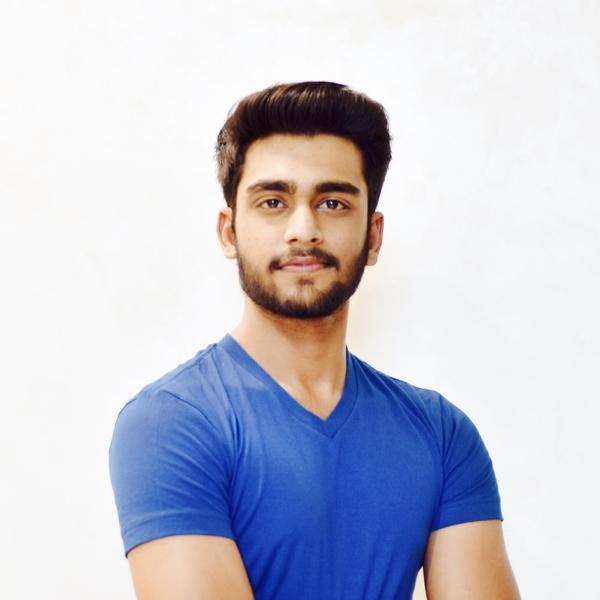