Born of birth, Aude de Thuin is an entrepreneur who has the particular competence to create companies that fit into the emerging societal currents. It is also very committed to recognizing the place of women in society. Inviting women to break free from old models to assume their ambitions and to demonstrate that diversity is a factor of progress and a necessity for the future, she created the Women's Forum, which brings together once a year in Deauville Women of influence from around the world to work for a better representativeness of women and greater complementarity between men and women in all the organs of power in society. She ceded this world-renowned company in 2011. And wrote a book "Women if you dare, the world would be better off." Today, it continues by launching a global initiative Women in Africa, dedicated to African women and their contribution to the economic development of the African continent,

Ambassador HeforShe. Normalien, an associate of English, Augustin Trapenard passed by the University of Berkeley before teaching English literature at the Ecole Normale Supérieure Lettres et Sciences Humaines from 2006 to 2009. Critic of books, he collaborated with ELLE magazine and At the LITERARY MAGAZINE, while embodying the literature on RADIO NOVA and FRANCE 24 until 2011. After three years on FRANCE CULTURE, he produces and animates since 2014 "Boomerang" on FRANCE INTER, every morning at 9:10. He is also a literary columnist at the "Grand Journal" of CANAL PLUS, and presents on the same channel the weekly cinema "Le Cercle" and the monthly literary "21cm".

A graduate of the Institut Francais de Presse (IFP) in Paris II-Assas and a Master 2 professional in bilingual French-English journalism (Paris III), she began studying for L'Obs, La Tribune and Rolling Stone in 2006 Before working for one year for a communication agency and for six months for a digital music label.   She now works as an independent journalist and journalist in society and culture, including L'Obs, Brain magazine and Glamor, and specializes in women's rights, feminism and hip-hop.   After a quick passage through Osez la Féminisme, she campaigned at La Barbe for a year and then at Femen, of which she left in February 2014. She is now a feminist militant "sans étiquette", a member of the collective of women journalists Prenons la Une, And collaborates punctually with various individuals and associations including La Barbe, Georgette Sand, Human Rights for Tou-te-s and Midi Minuit du Matrimoine and the Institute for Reproductive Health.

Feminist. She is the founder of Ypsylone - ready-to-wear feminine inspired and worn by women who tell their story each month through collections of characters. Marie studied at Sciences Po Paris, then worked a few years in digital communication while taking evening classes in styling and sewing. In 2015 she took over entrepreneurship training at PSL and integrated the Startup Leadership Program.

Franco-Canadian trained in general management at the Harvard Business School, Marie-Christine Mahéas is an engineer specializing in mathematics applied to industrial issues. During her career in Canada and Europe, she has successively headed the Canadian Armed Forces, American Airlines / Saber, Carlson Wagonlit Travel, Atos and CGI. Former President of Professional Women's Network (PWN - 800 members in Paris) from 2011 to 2013, founder of the Prix Entrepreneure Responsible PWN and coordinator of the Observatoire de l'Equilibre Men-Femmes (OEHF), she led the collective book "Mixité , When men engage "(Eyrolles 2015), translated in 2016," Gender balance, when men step up "(Eyrolles 2016). It has been committed to gender balance in the workplace for more than 10 years and is working more specifically on this subject in the dialogue between men and women.

CNRS researcher at the Political Research Center of Sciences Po

She is a member of the scientific council of the Institut Emilie du Châtelet and chairs the Parity Commission of the High Council Equality between Women and Men, an advisory body to the Prime Minister. She is a Doctor of the Paris IEP in political science and holds a postgraduate degree in law and a master's degree in philosophy from the University of Paris I - Panthéon Sorbonne. In Equality under conditions: gender, parity, diversity (Presses de Sciences Po, 2015), she analyzes the public justifications for equality policies for "non-brothers": women and non-whites. She also questioned contemporary practices of gender parity, diversity and equality in The Invention of Diversity (PUF, 2012), The Sexual Order - The Perception of Gender Inequalities (PUF, 2007) and The "What do I know? "On Parity (PUF, 2008). His next book The Myth of Equality will appear in January 2017 at the Presses de Sciences Po.

Director of CSR, then Director of HR Development at CARI from 2005 to 2010, then Director of Human Resources of the SOS Group, the first European social enterprise, 37 years old, graduated from IEP and MS RH from ESSEC, It has enabled the success of gender diversity. Experience in the development of gender equality in the construction sector, often considered "masculine": the example of CARI. Today he runs the start up Booxup, which developed a mobile application for sharing paper books between individuals, which he co-founded.

General delegate of the TF1 foundation and president of the new communication agency.

For many years now, Samira Djouadi has been working for young people from the suburbs, helping them to enter the workplace. The TF1 corporate foundation, since its creation in 2008, supports associative or individual initiatives with projects related to the TF1 group's businesses and events. She also created the association "Sport à Vie" in Aubervilliers. It allows children to experience major sporting events. Samira Djouadi holds a BTS in management, a diploma in sports education and a diploma from the Dauphine University "Management and Diversity Chair". Samira Djouadi was recently elected Woman of Heart of Women in Gold.

Sarah Pébereau was trained at Cours Florent (1999-2002) and then with Jordan Beswick (2010-2013). She holds a Master 2 in Communication at the University of Burgundy in 2006. After four years in communication agency, she returned to her first love: cinema and theater. She has starred in The Lady by Luc Besson and Switch by Frédéric Schoendoerffer. On stage, she is currently playing her second one-woman show Looseuse de l'amour. Diagnosed with breast cancer at age 30, she's okay today! She chose humor to tell this test in the form of a logbook in a book testimony "Sarah 30 years my cancer not even scared!" (Michel de Maule, 2015) so that its history can help others affected by the disease.

Sylvie Ohayon spent her childhood in the city of 4000 in La Courneuve, which she left in 1996. After studying letters, she became creative in advertising. Sylvie Ohayon is the author of four novels all published by Éditions Robert Laffont 2: Papa was not a Rolling Stone, which received the prize of Closerie des Lilas in20113, Les Bourgeoises in 2012, Good to (re) marry in 2014 and One against the other4 in January 2015. She co-adapted her first two novels with Sylvie Veyrhède. After Papa was not a Rolling Stone5,6, released in 2014, Les Bourgeoises will be his second realization.

Thérèse Hargot makes counsel in emotional, sexual and relational life. She also works with adolescents, organizations and the media to stimulate reflection on issues related to sexuality and feminism. In February 2016, she signed with Albin Michel a test society "Sexually liberated youth (or almost)". 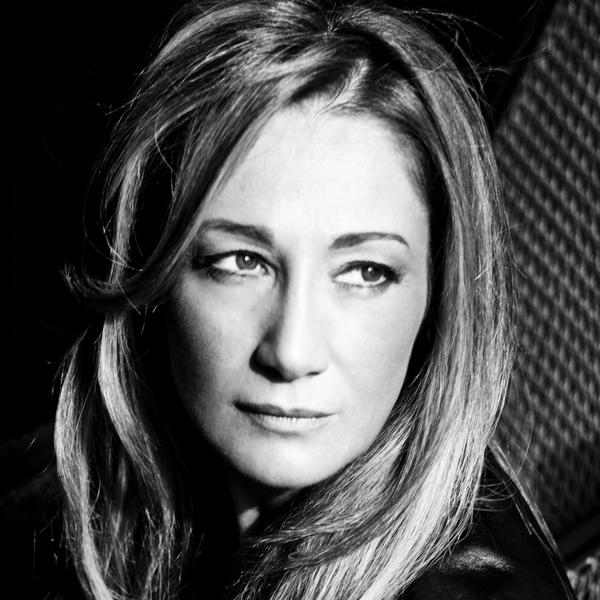