Theme: Our Message for the Universe

TEDxYSMU is operated under license from TED. It's driven by volunteers and supported by Yerevan State Medical University. The main goal of the TEDxYSMU is to organize several annual TEDxYSMU events and create a movement around ‘ideas worth spreading’. In doing so, we will try to present multiple issues and diversity of voices from many disciplines by carefully prepared talks, demonstrations and performances, all of which are idea-focused, and cover a wide range of subjects.

Arman Khachatryan is a self-employed trainer with over a total of 150 hours of trainings conducted on management topics and soft skills, freelance fundraiser and currently co-founding Greenpact: a Dutch-Armenian renewable energy startup. He studied Business Administration at Schiller International University in Heidelberg, Germany, worked in the field of Public-Private Partnership, he is former Coordinator at AEGEE-Yerevan and Vice President at AIESEC. In his free time Arman enjoys getting lost in the nature for a while with his dog. He also learns Japanese martial arts and piano. Inspired by and promoter of outgoing, healthy and adventurous style of life.

General Manager at PepsiCo bottling and distribution company in Armenia

Arshavir, born in Armenia, has spent most his time in Armenia. His experience varies from IT, Telecommunication to Food and Beverages. For the last 3 years Arshavir holds the position of General Manager at Jermuk International Pepsi-Cola Bottler LLC.

Artem Grigoryan, MD, PhD was born in Yerevan in 1980. He graduated from Yerevan State Medical University in 2003. Since 2002 worked in Pathophysiology lab. In 2009 received his PhD degree. While working in Pathophysiology Department he was the main coordinator of student scientific groups and received lots of insight from collaboration with the best students of the university. Especially, interested in how natural human curiosity leads to serious scientific discoveries. His talk examines the origins of discoveries and opportunities for young scientists.

Davit is educated from National Polytechnic University of Armenia. He studied Radio-engineering while being a student at School for Young Leaders which were his first steps in his career in the field of technology and leadership. He is CEO of "Energy Globe" is a Cleantech business idea which is a new growing startup in renewable energy industry. It is a project of new alternative way of using solar energy more effectively. "Energy Globe" was recognized winner in several startup competitions such as Innovative Business Ideas Generation and Entrepreneurship Training Course and Competition organized by UNIDO GEF, also their innovation was selected as National winner of the Climate Launch Pad 2016 and won a chance to pitch in the European final in Tallinn, Estonia.

Karine Vann is originally from the Washington DC area, but motivated by a desire to explore more of a Armenia's post-Soviet culture, she relocated to Armenia nearly 2 1/2 years ago. Since that time, Karine has been involved in many development projects. She currently manages communications for a cultural heritage tourism development initiative by USAID and Smithsonian Institution. Yet her true love is in grassroots, community projects, like one she recently launched in summer of 2016, recipient of a $1000 grant by Awesome Foundation, "Toprak Petq Chi". These days, she is fascinated not just by the physical, but also the socio-cultural ‘space’ plastic bags occupy in contemporary Armenian society and some of the unexpected obstacles one faces in attempting to reduce their prevalence in a post-Soviet context.

With educational background in Public Relations, Natália brings her expertise in communication and branding to the fields of sustainable development and human rights. She helps brands build strong attitudes in social causes while exploring how citizens are shaping new expectations and patterns of consumption. Born and raised in Sao Paulo, Brazil, her international work experience includes the United Nations, Edelman – the world’s biggest PR company –, and multinationals like Unilever and Infosys. Natalia has also coordinated emergency housing projects to 91 families in 5 underprivileged communities in Sao Paulo through Techo, a Latin-American NGO that fights extreme poverty by implementing social inclusion programs.

Shaunt Tchakmak—born in Toronto, Canada—has recently taken the plunge to repatriate to Armenia. Shaunt graduated with a degree in Political Science in the fall, and spent his summer participating in the Birthright Armenia program. At the end of his volunteer term, he was offered a job and returned to Armenia to take on the challenge. Today, Shaunt serves as the Marketing Director for the Homeland Development Initiative Foundation (HDIF). Prior to coming to Armenia, Shaunt was deeply involved in Canadian political life serving two terms on the executive of the youth wing of the Liberal Party of Canada. Through his involvement, he has worked on multiple campaigns, including the election of the current Prime Minister of Canada, Justin Trudeau. He has previously worked in Office of the Premier of Ontario and 2 government ministries. Shaunt is excited for a new chapter of his life in Armenia and feels privileged to participate in the continued effort to facilitate change in the country.

Director of Recruitment and Selection in “Teach for Armenia” Educational Foundation

Teny Avakian was born in Tehran, Iran. At the age of 4, her family moved to Boston, USA.And then, at the age of 13, she moved to Armenia for the first time. She graduated from Yerevan State University with a B.A. in International Relations and Diplomacy. For her graduate studies she then moved to Lebanon and France where she studied for degrees in International Relations from the American Graduate School of Paris and the Lebanese American University.Teny repatriated to Armenia for the second time in 2010 and started her career working extensively as a marketing professional in the private sector for an array of technological companies. In June 2014, she decided to leave the private sector and join Teach For Armenia Educational Foundation as the Director of Recruitment and Selection.Joining Teach For Armenia has made Teny enthusiastic about dedicating her time, knowledge, and experience towards an initiative which will significantly impact the future of each and every child in Armenia.

He was born and raised in Iran and has been volunteering for the past 4 years in a Youth Leadership Movement (AIESEC) trying to have a positive impact on the world through practical leadership experiences. Currently enrolled as the President of a Local Chapter he established one year ago in his own university. He has studied linguistics and French in Allameh Tabatabai' University, and is a culture enthusiastic. He is a fast learner and one of his life goals is to speak 20 languages with different scripts by the age of 30. Change is not something far to him and he believes we all have the power to change the world by sustainability in every single aspect of our lives. Even in an abstract term like Leadership. 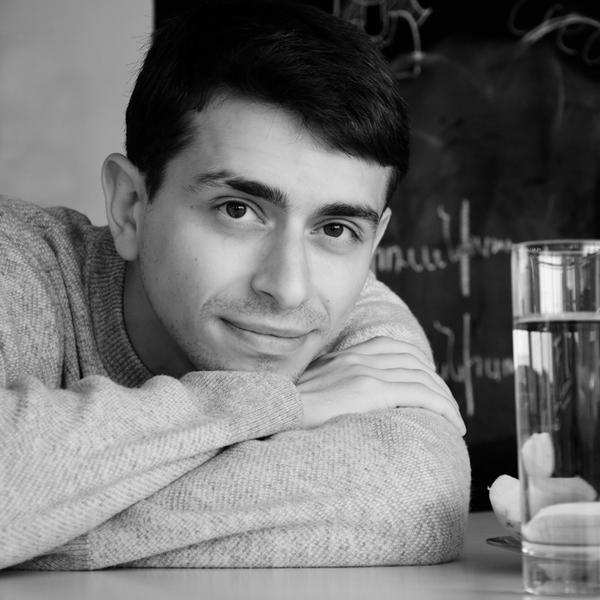 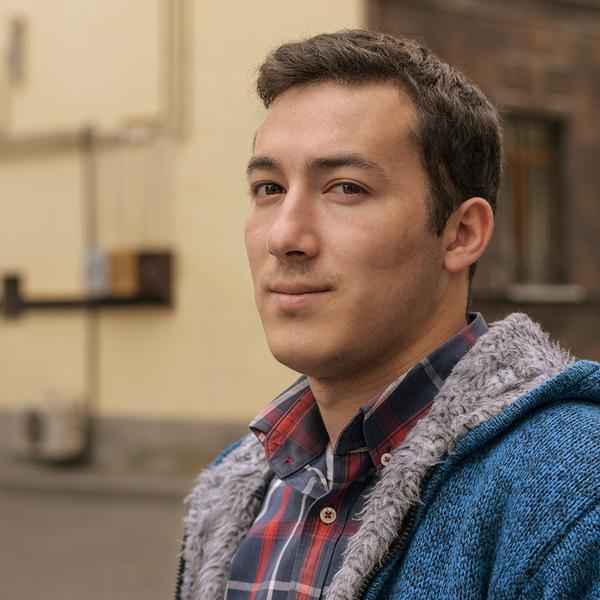