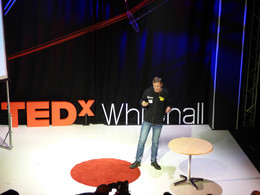 Byoung Min is a final year PhD Student at the Rothamsted Research Centre, the world’s oldest agricultural research institute. After graduating from the University of Leicester, and gaining an interest in plant sciences, Byoung Min decided to enter the field of agricultural sciences and crop improvement. With his PhD being funded by the BBSRC Crop Club (CIRC), there were plentiful opportunities to interact with and learn from various members of the agricultural sector, ranging from agricultural consultants and leading academics to corporate executives. With this insight into British agriculture, Byoung Min had the opportunity to be selected as part of the RCUK (Research Councils UK) internship scheme at the Government Office for Science (Go-Science), where these insights could be further researched and developed.

Cat is a hybrid policymaker and designer, with over 10 years experience of working in government, including Cabinet Office and No.10, plus a post-graduate education in design. This allows her to seeking out innovative, new practice - for example speculative design and data visualisation - and experiment with how this could work in Government to improve policymaking. Her interests lie at the intersection of data and design and how these methods work together. @catdrew19

Colin Brown is an Infectious Disease & Medical Microbiology clinician based in London. His main professional interests are tuberculosis, HIV, emerging and re-emerging infections, and global health education and volunteering. He is the Infectious Diseases Advisor for King’s Sierra Leone Partnership (KSLP), and was heavily involved in the clinical and public health response to the Ebola virus disease outbreak in West Africa in 2014 and 2015, supporting KSLP’s national and international clinical staff on the ground in Freetown, Sierra Leone. He currently works at Public Health England (PHE), where he previously spent a year working through the NHS Medical Director’s Clinical Fellows Scheme. He initially joined PHE from a Medical Research Council-funded Epidemiology Masters at London School of Hygiene & Tropical Medicine, and held an Academic Clinical Fellowship in Infectious Diseases at King’s College London. For six years he was a Trustee for the Tropical Health & Education Trust.

CrossContemporary Project aims to give voice to the composers of our time. They are a versatile ensemble that can take many different forms according to the repertoire being performed, and which bring together a passion for chamber music with interests in jazz, folk and performing arts. Twitter: @CrossCntmpry https://twitter.com/CrossCntmpry Facebook: @crosscontemporaryproject Soundcloud: CrossContemporary Project

David has been a performance coach and facilitator for 15 years and in that time has been lucky enough to work with some of the world’s most successful companies. David started his professional life in advertising before training as an actor. Whilst working in America in the mid 1990s he witnessed the rise of the Juice Bar, and brought the idea over to the health club sector in the UK. In 1998 he opened the first Bliss Juice Bar in Crouch End before expanding across London. In 2004 he sold the chain within Virgin Health Clubs. David has always been fascinated by what the various keys are to making great communicators, speakers, storytellers or leaders. He very much believes that everyone has the innate ability to be a dynamic communicator. This belief further underpins the philosophy and foundation of Edison Red - the communications company he cofounded in 2012. @edison_red @catchingbliss

Ewan Birney is Director of EMBL-EBI with Dr Rolf Apweiler, and runs a small research group. Ewan played a vital role in annotating the genome sequences of human, mouse, chicken and several other organisms; this work has had a profound impact on our understanding of genomic biology. He led the analysis group for the ENCODE project, which is defining functional elements in the human genome. Ewan’s main areas of research include functional genomics, assembly algorithms, statistical methods to analyse genomic information (in particular information associated with individual differences) and compression of sequence information. Ewan completed his PhD at the Wellcome Trust Sanger Institute. He has received a number of prestigious awards, including the 2003 Francis Crick Award from the Royal Society. Ewan was elected a Fellow of the Royal Society in 2014 and a Fellow of the Academy of Medical Sciences in 2015. @ewanbirney

Professor Frances Corner OBE is Head of London College of Fashion and Pro Vice-Chancellor of University of the Arts London. She has over 20 years’ experience within the higher education sector at a national and international level. Frances champions the use of fashion as an agent for innovation and change, particularly in the areas of sustainability, health and well-being. Frances is Chair of the International Foundation of Fashion Technology Institutes, a Trustee of The Wallace Collection and Chair of Trustees of the House of Illustration. She was recently named in the Business of Fashion 500 – a professional index of key people shaping the global fashion industry. In 2014 Frances published her first book, entitled ‘Why Fashion Matters’ (Thames and Hudson) @fcorner

Julius Colwyn is a nomad, in between disciplines, walking the strange places between the bodies of knowledge, a thought ecologist, cross pollinating ideas into new environments. Working as a creative practitioner in the interdisciplinary space between the arts and the sciences, projects evolve through collaboration with scientists and academics, exploring the role of artistic engagement in the process of knowledge generation. His most recent projects have been in the field of complex systems theory, working with scientists and practitioners studying the principles of complexity in human social systems. His approach to any subject matter is concerned with manifest meaning, the ways we grow thought and feeling into forms and actions. This can be putting texture to an emotion, catching a moment of time in light, sculpting a thought or writing out a state of mind. It is the work of art rather than any one art work, choosing the mediums or metaphors that convey a given message.

Katie Lavin studied Management Science at Loughborough University. Prior to joining the Army she worked as Cabin Crew for Virgin Atlantic and was then employed as a Commercial and Financial Project Assistant for Siemens. Katie commissioned into the Royal Artillery from the Royal Military Academy Sandhurst in 2011. She has deployed on numerous overseas exercises supporting ground troops with surveillance and indirect fire. In 2013 she deployed on Operation HERRICK to Afghanistan. Katie is Troop Captain of The King’s Troop Royal Horse Artillery. Based in Woolwich, their duties include the firing of Royal Salutes in Hyde Park and Green Park on Royal Anniversaries and State Occasions, providing a gun carriage and team of black horses for state and military funerals and performing the world famous musical drive around the country. The Troop also performs the duties of the Queen's Life Guard at Horse Guards for one month each year.

Marcus du Sautoy is Professor of Mathematics at the University of Oxford, where he holds the prestigious Simonyi Chair for the Public Understanding of Science and is a Fellow of New College. Du Sautoy has received a number of awards for his work, including the London Mathematical Society’s Berwick Prize for outstanding mathematical research and the Royal Society of London’s Michael Faraday Prize for ‘excellence in communicating science’. He has been awarded an OBE for his services to science, and was recently elected a Fellow of the Royal Society. His mathematical research has covered a great many areas, including group theory, number theory and model theory, but he has been equally successful in his promotion of mathematics to the general public. He has published a number of best-selling, non-academic books and appears regularly on television and radio. @MarcusduSautoy

Maz O’Connor's voice will stop you in your tracks, and she is quickly establishing herself as a bold and compelling songwriter. Her songs range from intimate love stories, through gently political satires, to epic creation stories, with the occasional tragedy told beyond the grave thrown in. She accompanies her uniquely pure voice with guitar, tenor guitar, piano and sometimes shruti box. Only 25, she has been touring around the U.K. and abroad for almost 3 years now and has performed as a singer for the Royal Shakespeare Company. Her latest album 'The Longing Kind' was released in February and is her most accomplished yet. Compared to Joni Mitchell by The Guardian and given 5 stars by Songlines Magazine, 'The Longing Kind' is O'Connor's work maturing into something brave and beautiful.

Nick Talbot is CEO of the International Valuation Standards Council, a not-for-profit organisation that is looking to improve the global approach to valuation, a fundamental part of our financial system which indirectly affects almost everyone. He is 40 years old and has Cystic Fibrosis (CF). After participating in medical trials earlier in his life, he has more recently embarked on some unusual ways of fundraising for CF charities, to help raise money towards medical breakthroughs to help manage or cure Cystic Fibrosis.

Since forming in 2012, Old Dirty Brasstards have gained an enviable reputation for their bold and innovative approach, on a mission to introduce brass music to brand new audiences. The tweed-clad 10 piece brass and drum collective comprises some of London's top freelance musicians, playing an eclectic mix of pop, R&B and soul covers that never fail to get any dance floor jumping with joy! ODB have brought their uniquely entertaining and energetic style to major music festivals across the UK, including Bestival, Glastonbury, Latitude and Secret Garden Party, as well as venues such as Fabric, the Forum and KOKO with residencies at Brooklyn Bowl and Shoreditch Blues Kitchen. twitter: @odbrasstards ; facebook.com/olddirtybrasstards

Tim Leunig is a civil servant and academic. He is chief analyst and chief scientific adviser at the [UK] Department for Education, and economic adviser on housing supply at the Department for Communities and Local Government. He is also Associate Professor of Economic History at the LSE, a fellow of the Royal Historical Society, the Royal Society of Arts and the Royal Statistical Society. He is a governor of NIESR and a trustee of EPI. Tim holds a PhD in Economics @timleunig 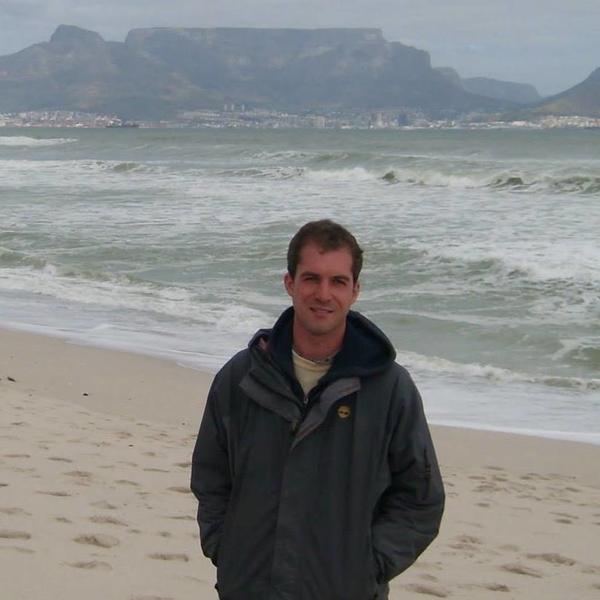