Theme: Unraveled: The story behind the story 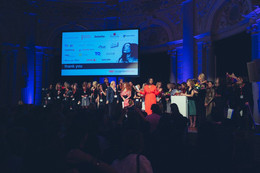 Life never goes as you plan it, the decisions you make and the turns you take define the path you travel. A story that touches is a patchwork of people and events threaded together, and TEDxAmsterdamWomen 2016 will attempt to unravel the truths and heart behind some of the most inspiring and unique tales. Women (and men) who define their place in technology, bring joy with their designs and inspire by entertaining us, will take the stage and hold our hand while they guide us through their world.

Aïscha Traïdia is a young singer-songwriter boasting Dutch-Algerian roots. Her family is dedicated to art, music and film and daily enhances her own passion for music. She is inspired by the music of Michael Jackson, Prince and Erykah Badu. During TEDxAmsterdamWomen 2016 she will be performing a special song about refugees.

Anat Spiegel is a composer and vocalist, whose recent work includes the opera Medulla (La Monnaie), the electronic opera Before Present (National Dutch Opera & ADE) and her upcoming solo album 'South of Somewhere'.

Asma Mansour is cofounder of the Center for Tunisian Social Entrepreneurship. She’s passionate about grassroots innovation, economic progress, youth and women participation. During her time at university she was involved in the Junior Chamber International (JCI) and AIESEC and ran university-level campaigns. In 2010 she founded the People’s Movement for Human Right’s Learning (PDHRE) and a year later she began focusing on social entrepreneurship and innovation, based on the need for sustainable economic reform. In 2011 Mansour created the Center for Tunisian Social Entrepreneurship to lead Tunisia in a more sustainable, citizen-oriented direction that generate positive social change with youth at the forefront of decision-making and innovation.

Bénédicte Ficq (1957) is a Dutch lawyer who frequently pleads in criminal cases. She is a graduate of the Groningen State University of Law (1986) in the Netherlands. For years her peers elected her as best female defense attorney. She was co-founder of law firm Meijering Van Kleef, Ficq & Van der Werf in 1992, where she works ever since. Her list of – often controversial – clients include Dino Soerel, Marcel Teunissen, Badr Hari and Jan-Dirk Paarlberg.

Chagall van den Berg is a vocalist, songwriter and electronic music producer from Amsterdam. She now lives in the UK and created and released her own EP ‘Stray Flux’ in June 2015, from under her high sleeper bed in South London (‘the bedio’). Since 2014 Chagall has been involved in Imogen Heap's technological project Mi.Mu - Chagall now writes & performs with Mi.Mu gloves.

Gloria Wekker is a cultural anthropologist and emeritus professor of Gender Studies (Faculty of Humanities, Utrecht University). She was also the director of the expertise center GEM – Gender, Ethnicity and Multiculturalism in higher education – at the same faculty. In April 2016 her book: White Innocence; Paradoxes of Colonialism and Race, came out at Duke University Press and has, since then, sparked renewed discussions on gender, race and colonialism in Dutch media and beyond.

Prof. Dr. Dr. Jan Ilhan Kizilhan, studied psychology, law, sociology and oriental studies in for example Germany and the United States. Chief clinical psychologist, psychotherapist, hypnotherapist and trauma therapist. Teaching lecturer and supervisor in education and training, advisor for courts and international institutions. Head of Department Mental Health and Addiction at the Cooperative State University Baden-Württemberg. Medical and psychological head of the special quata of the state ministry, federal state of Baden-Württemberg, where bring 1.100 girls from Iraq and Syria, who were captured by the IS to Germany for treatment. Author of numerous books and professional articles, reviewer for several international journals.

Jori Meijer has been singing and dancing from an early age. After high school, she auditioned for the 5 o'clock class, a training focused on dance at the Amsterdam School of the Arts. During this year she auditioned for the Jazz Musical Dance program (now Urban Contemporary Dance) at the same school. Since her graduation in 2015 she is mainly focused on bringing her passion for singing and dancing together under the name 'Music in Motion.' During TEDxAmsterdamWomen she gave a performance that was based on the other TEDtalks.

Mariéme Jamme is a Senegalese-born British businesswoman in technology. Her consultancy company Spotone Global Solutions helps technology companies to set a foothold in Africa, Europe, the Middle East and Asia. She has supported many organisations such as Google, Ernest and Young, The Africa Progress Panel chaired by Kofi Annan, The Obama Administration, and multiple African governments through their STEM policies. Mariéme was named one of the 100 most influential Africans by the African Business Magazine and 20 youngest powerful women in Africa by Forbes. Mariéme newly became Advisory Board Member of Data Pop Alliance, a global coalition promoting a people-centered Big Data revolution and a judge and Academy member of the Prestigious Global Teachers Prize Academy. Mariéme was honoured as a Young Global Leader by the World Economic Forum for her activism work in empowering and investing in young girls and women in Africa.

Michelle Miller is a writer and producer of books, television, apps and experiments in digital art. Her novel The Underwriting, a satirical corporate thriller about Wall Street, Silicon Valley and online dating, first appeared as a self-produced transmedia serial, and she is now writing the television adaptation with Endemol and Fox. In a past life, Michelle worked in finance and as a consultant in New York and across Europe. She holds a BA and MBA from Stanford University and currently splits her time between New York, Los Angeles & London.

After finishing her studies in Business Administration at the University of Groningen, Monique started working as International Consultant at Nestle International in Switzerland. She continued her career as an Investment Broker at DTZ. However back home, she decided that it was time to join the family business. The Maarsen group, a real estate investment and commercial property development company, was established by her grandfather over 70 years ago and after making her mark as Sales Director in 2001, Monique has steadily worked her way up to Managing Director and CEO.

Road safety in India took a creative turn, thanks to Saumya Pandya Thakkur and Shakuntala Padya. This mother-daughter duo painted a stunning 3D zebra crossing as an experiment, which authorities in the city have applauded as a successful method to alert drivers. According to Saumya, 3D street art is fairly new in India, and such designs always cause curiosity and wonder. With permission from the concerned authorities, the 3D zebra crossings have been put in place mainly at accident prone zones of the city.

Minailo is the director of numerous productions, including the white cube opera trilogy Pornographia-Megalomania-Nostalgia; his adaptation of Malevich’s opera Victory Over the Sun for the Stedelijk Museum Amsterdam and his ongoing installation Rothko Chapel based on the composition of Morton Feldman.

Ute Apfelstedt a.k.a. Ute Passionflower is a violinist, singer, songwriter, composer and performing artist. She has played on many club and event stages around the world and composed for Unicef, Terre des Hommes, Cordaid and the UN as well as European TV commercials and high-end corporate and theatre productions. In cooperation with Future Sound Amsterdam she also wrote the music for the Dutch musical "De Nieuwe Ijstijd" (100 year Maarten Toonder, Royal Premiere in 2012) and the Floriade. As an electric violinist she is a resident performer of the Supperclub Amsterdam. Other performing highlights are Luis Vuitton, Georg Jensen, Eurosonic and the Sensation White Wicked Wonderland European Tour. 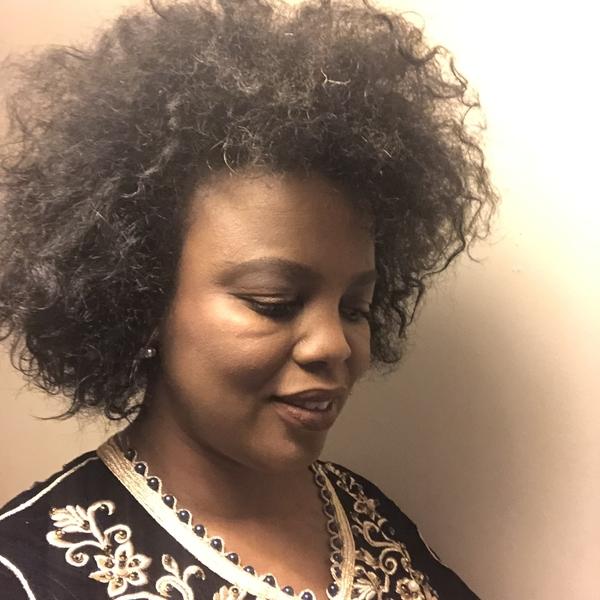