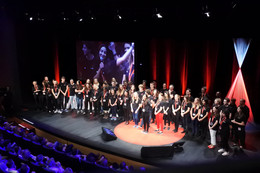 [r]EVOLUTION is the theme for the first TEDxMonteCarlo event. [r]EVOLUTION speaks of the speed of innovation that surrounds us today - from engineering and technology, to design and arts. Speakers of the day will focus on change in various sectors, and the critical issues that govern today’s decisions that may make a difference. At the heart of TEDxMonteCarlo is to connect the community, inspire innovation, and foster visionary ideas within the community. We wish to bring thinkers, dreamers and visionaries together in the splendour of Monte-Carlo.

Each speaker is an expert in their field, and in their talk of less than 18-minutes, they will share their idea worth spreading with the community.

Topics we will explore:
Art and sustainability
The refugee and migrant situation
Urban environments and eco-friendly living
The explosion of creativity across all industries
And additional other ideas and innovations that are heading our way

Our Goal for TEDxMonteCarlo:
Share thought-provoking ideas of local entrepreneurs, innovators, policy makers and artists in their area of expertise
Share the ideas of speakers with members of the community so they can see how these ideas will shape our future
Share the stories of our speakers to inspire and educate about the changes taking place locally and globally
Inspire our audience to think of ways in which they may bring TEDx ideas into their daily lives
For each TEDx'er to walk away with a new idea, a new inspiration, and a new thought
To ignite a spark for people to think about change and progress
To provide a networking opportunity for the TEDx'ers
To encourage the discussion and sharing of ideas
To provide a day full of ideas, knowledge, inspiration, and fun!

Alan Coxon is a multi-award winning international chef who has embraced the culinary world and the media industry. As a culinary consultant and innovator, Alan has assisted hotels and restaurants around the world, including Michelin-starred restaurants in Paris, London and Monte-Carlo, and has led an international culinary brigade within the largest hotel in Europe. However, his experience in the culinary sector extends beyond the kitchen. In the media industry, Alan is a TV chef presenter, a renowned food and travel writer, and an “International Taste and Quality Institute” (iTQi) judge. He has appeared on over 1,250 cookery programs on TV networks around the world. Alan also acts as British Ambassador for food, drink, and tourism cooking and as a “Food Archaeologist”, creating a range of multi award-winning retail products. Amongst the 5 cookbooks that Alan has written to date, two of them have won the “Best Cookbook of the World” prize.

Alejandro Agag is the CEO of Formula E Holdings – a FIA-backed motor racing championship of cars powered by electricity. Alejandro created Formula E Holdings in 2012 to promote the new FIA Formula E Championship, which debuted in 2014. Alejandro believes that the development of electric racing cars is a catalyst for the development of clean city cars. Alejandro transitioned into the sports sector in 2002, when he and Flavio Briatore purchased 6 years of Formula One TV rights in Spain. In 2007, Alejandro acquired Campos Racing, which he renamed Addax, and signed a Qatari sponsorship that led the team to GP2 victory in 2008. The same year, he became a leading investor in the Queens Park Rangers. Within 4 years, with Alejandro acting as Chairman and Managing Director, the football club climbed to the top of the English Premier League. Alejandro’s career began in politics at age 23 and by age 28 he was the youngest Spaniard to sit in the European Parliament.

Alexia Barrier’s career path is clear: she dreams of racing the “Route du Rhum” and the “Vendée Globe”. Her dream began at the age of 12, when a sailing race on TV made her realize that sailing was what she wanted to do. Once her passion ignited, Parisian-born and Nice-raised Alexia raced her first regatta at 16. After graduating high school, she began to work in the nautical industry, embarking on her first transatlantic. In 2010, after 11 transatlantic races, Alexia embarked upon a single-handed world tour. Supported by H.S.H. Prince Albert II of Monaco and contributing to oceanographic research, the tour represented a training for the “Vendée Globe”. Alexia’s next challenge will be the 2017 single-handed “Solitaire du Figaro”, which will also act as training for the 2020 “Vendée Globe Solo Round Globe Race”.

Bertrand is the Chief Operating Officer of the Monaco-based Parkview Group, a holding company that manages the leisure interests of a family-owned enterprise, with a focus on Ultra-Deluxe assets and brands. He is also Professor of Management at The International University of Monaco where he holds Hospitality Operations Management and Human Resources Management classes for Master students. Bertrand’s background is in the hospitality industry. He has held operational management positions for Sofitel’s US branches and for Regent Seven Seas Cruises. He was Business Manager for V.Ships, the largest ship management company in the world, where he oversaw recruitment, training and consulting services and worked with hotels and cruise lines to implement the company’s strategies. Bertrand also worked as Hotel Director on-board the 6-star vessels of Silversea Cruises.

Dr. Derek Yach is Chief Health Officer at Vitality Group, an organization dedicated to health promotion that is part of Discovery Holdings Ltd. Prior to that, he was Senior Vice President of Global Health and Agriculture Policy at PepsiCo. He has headed the global health department at the Rockefeller Foundation and has been a Professor of Global Health at Yale University. He is a former Executive Director for Noncommunicable Diseases and Mental Health at the World Health Organization (WHO). Derek established the Centre for Epidemiological Research at the South African Medical Research Council. He has authored or co-authored over 250 articles covering the breadth of global health and is regularly cited by The Huffington Post, The New York Times and The Economist. Derek has served on several advisory boards including those of the Clinton Global Initiative, the World Economic Forum, the Wellcome Trust and Cornerstone Capital.

Dr. Françoise Meunier is the Director of Special Projects at the European Organization for Research and Treatment of Cancer. Graduated as medical doctor and holds a PhD from Université Libre de Bruxelles, Françoise left the Institute Jules Bordet to serve as EORTC Director General, overseeing the organization’s growth into a world-class cancer clinical research infrastructure. Since 2015, she acts as Director of Special Projects, driving activities such as EORTC’s cancer survivorship initiatives. Françoise was awarded the Belgian Laureate “Prix Femmes d’Europe 2004-2005”. Member of the Belgian Royal Academy of Medicine, she was conferred the title of Baroness in 2007 by His Majesty, The King Albert II of Belgium. For her contribution to oncology, she was awarded the Pezcoller Foundation award in 2009 and has been a Fellow of the European Academy of Cancer Sciences since 2011. She is a board member of various organizations, including the Centre Scientifique of Monaco.

Louis Winsberg began playing the guitar with a group of gypsy friends at the age of 12, forming the group Los Reyes, which would later become the Gypsy Kings. In 1981, Los Reyes completed their first recording, and two years later, Louis won the first soloist prize of the Concours National de la Défense. Since then, he has become a prominent figure in the French music scene, playing with artists including Antoine Herve, Eric Le Lann and Mike Stern. In 2008, Louis received a Django D’Or. Louis has formed a variety of groups. Amongst these are the “Sixun Group”, which recorded 9 albums, “Jaleo”, a multicultural project, and “Douce France”, a group that plays instrumental covers of popular French songs. This year, he has released the third album with Jaleo, “For Paco”, which will be followed by a European tour.

Marc Vella started playing music when he was 5. At the age of 24, he put his grand piano on a trailer and set off to discover the world. Over the following 30 years, Marc travelled over 200,000 km across forty countries with the intent of celebrating humanity. Through his chord arrangements, Marc has created a unique music style, winning the Prize of Composition in Paris in 1985 and 1st Prize of Composition in Rome in 1999. Creator of the “Caravane Amoureuse”, Marc also focuses on exploring the depths of individual human experience and spreading joy. Marc plays in sensitive locations for people in distress and in secondary schools for teenagers in difficult circumstances. Marc is the author of 6 books, and today, he is creating a film documentary to honor those who are committed to peace, solidarity and environmental awareness, in a project led by UNESCO.

Matthew Beeton is a specialist in business strategy and engineering, educated at and recognized by institutions such as Coventry University, Cambridge University and Harvard Business School. Matt is currently an associate in the Gerson Lehrman Group, and advises numerous public and private sector organizations in turn-around planning and smart mobility. Responsible for key business turn-arounds and record fiscal and customer performance, his customer-centric vision has led him to receive business awards and recognition by industry leaders and Prime Ministers. Matt has also worked at Rolls Royce Aerospace, Bombardier Transportation, and other key sector companies, including Serco, National Express and Vix. A keen cyclist and pilot, Matt also raises funds for children with cancer. His first book is due to be published, a personal journey into the importance of emotional intelligence within business leadership.

Micha Withoft is senior legal counsel at Scorpio Group, which includes two NYSE listed entities. She has a degree in European and International Comparative Law (LLB) from the University of Sheffield. She was previously a Senior Associate at Clyde & Co. LLP, where one of her clients honored her by making her godmother to a vessel. Micha is also a certified kundalini yoga and meditation teacher (Yogi Bhajan®). She originally started practicing transcendental meditation in 2008, meditating twice daily whilst also handling an intense workload and frequent travel. As her interest in meditation grew, she researched and practiced many different ways in which to meditate. She introduced different ways to meditate to a weekly group that she hosted at the Nice Life Concept for 18 months. She is currently finalizing a simple guide to meditation and studying to become a certified shamatha meditation instructor.

Philippe Legrain is a critically acclaimed thinker, communicator and political entrepreneur and former senior policy adviser. A senior visiting fellow at the London School of Economics’ European Institute, he is the founder of Open Political Economy Network (OPEN), an international platform for progress on openness issues. A columnist for Project Syndicate, Foreign Policy and CapX, he commentates for many international media outlets. From 2011 to 2014, he was economic adviser to the President of the European Commission and head of the team providing President José Manuel Barroso with strategic policy advice. Previously, he was chief economist for Britain in Europe, special adviser to World Trade Organization director-general Mike Moore and trade and economics correspondent for The Economist.

Sara Elizabeth Dill is the Director of Criminal Justice Standards and Policy for the American Bar Association in Washington. She oversees the development of criminal justice standards, formulates policy, advocates for legislative reform, and oversees the US Supreme Court amicus brief project. With an LLM in international human rights from Northwestern Law School and a background in political science from Marquette University, Sara has built a phenomenal career. She is passionate about human rights in the areas of immigration, human trafficking and torture of political prisoners. She also works pro bono, representing victims of domestic violence and aiding asylum for refugees. Disclaimer - Ms. Dill is speaking in her individual capacity and not on behalf of her employer or any other organization. The views to be presented are entirely her own and do not necessary reflect the views and positions of the American Bar Association. 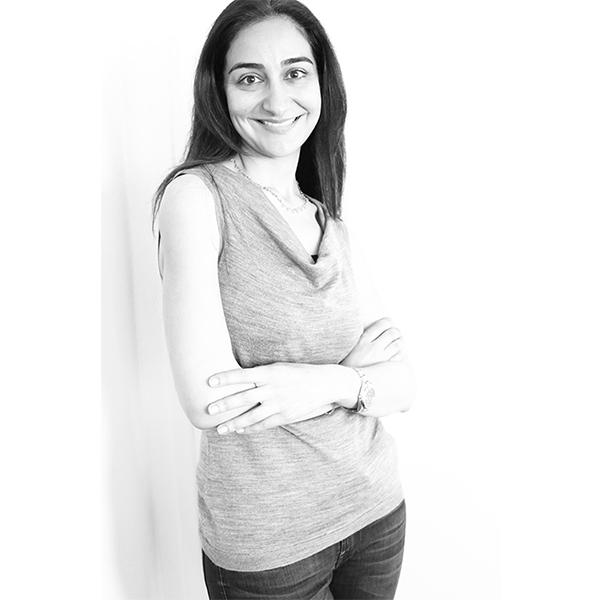 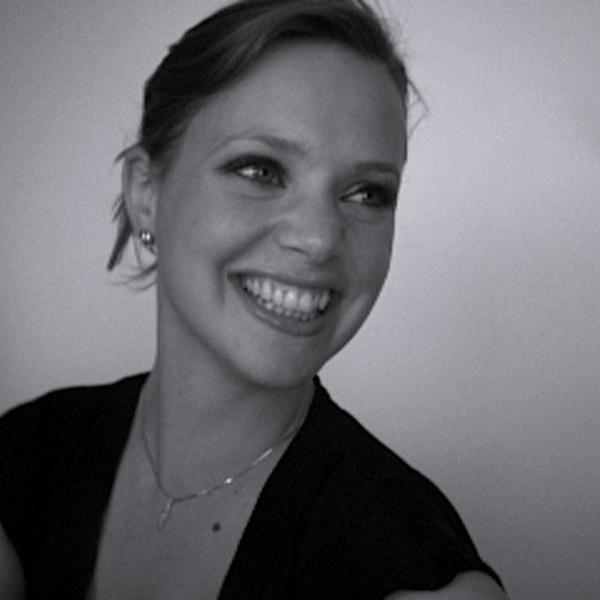