This event occurred on
May 21, 2016
Bar Harbor, Maine
United States

TEDxDirigo Ebb & Flow will explore how human communities have shaped the form and history of the Mount Desert Island and vice versa, as Acadia National Park and the National Park system as a whole turn 100. We will hear from scientists, artists, writers, adventurers, and more.

Alyne Kemunto Cistone is a Kenyan-born attorney. She attained her legal education both in Kenya (University of Nairobi, Kenya, School of Law) and in the United States (Case Western Reserve University, School of Law, Cleveland, Ohio). Alyne’s professional career includes previous work at the Constitution Review Commission of Kenya (Nairobi, Kenya), Amnesty International (Washington, DC), the AIDS Taskforce of Greater Cleveland (Cleveland, Ohio), Visiting Faculty at College of the Atlantic (Bar Harbor, Maine) and Executive Director of Island Housing Trust (Mount Desert, Maine). Alyne volunteers for the SPCA and the World Ocean Radio and serves on the board of trustees of College of the Atlantic. She currently works at Schoodic Institute at Acadia National Park. Alyne has an inborn passion for social justice, human rights, oceans and environmental conservation, advancement of education and community development. She resides in Somesville, Mount Desert Island, Maine with her family.

George Neptune is a Museum Educator at the Abbe Museum. George learned to make baskets with his Grandmother, Molly Neptune Parker, at the age of four. His baskets have been featured in multiple exhibits, and are part of the Abbe collection. George began teaching the art of basketmaking with his grandmother when he was eleven years old, and continues to do so to this day. He attended Gould Academy in Bethel, Maine, and graduated from Dartmouth College in 2010 with a BA in Theater, where he was active in the Native American Studies Program. In 2007 and 2009, George was an Interpretive Ranger at Saint Croix Island International Historic Site and, after graduating from Dartmouth, worked in the After School/Summer programs at Indian Township School as the Cultural Activities Coordinator and Drama Instructor. Before joining the Abbe team, George was the Unit Director/Mentor Program Coordinator of the Passamaquoddy Boys and Girls Club at Indian Township.

Gus LaCasse is a 15-year-old classically trained violinist and inspired fiddler with a love for the traditional Cape Breton and Acadian genres. He was the 2014 student in residence at The Acadia School of Traditional Music and Arts. As part of the residency, Gus performed in the Acadian music duo Août Gris, appearing in a Canadian international television broadcast from the Congrès Mondial Acadian 2014. As a featured performer at the 13th Annual Boston Celtic Music Festival in January 2016, Gus was honored and humbled to take the legendary Club Passim stage. Gus performs as a solo artist and with the Young Tradition Vermont Touring Group. His second CD of traditional music was recorded with James Prendergast at Millpond Studios and released in June 2015.

Dr. Karen James is a geneticist working at the intersection of research, education, and outreach. She combines DNA-assisted species identification (“DNA barcoding” and related techniques) with public participation in scientific research ("citizen science”) to expand the scale at which environmental research, conservation, and management can be done while enhancing public appreciation of science. She also instructs undergraduate students, visits K-12 classrooms, writes and speaks for lay audiences, and has cultivated a Twitter following of more than 16,000.

Kyle Shank is a young, energetic professional with a passion for using data to change the world. He is currently a Senior Data Analyst for CLEAResult, a multi-national consulting firm specializing in energy efficiency programs. He is the Vice President of the Hub of Bar Harbor, a Maine Development Foundation-affiliated institution focused on economic development and downtown revitalization in Bar Harbor. He also serves on the Finance Committee for the Island Housing Trust, a local non-profit dedicated to the promotion of affordable housing on Mount Desert Island. He is a graduate of College of the Atlantic. He lives with his wife, Allison, and their daughter, Willa Brave, in downtown Bar Harbor.

Linda Robinson is a nurse-midwife whose international work has taken her to Malawi, Africa, as a Peace Corps volunteer; to American Samoa where she started the first midwifery practice; and to the Democratic Republic of Congo with Doctors without Borders. She is the author of Sunday Morning Shamwana: A Midwife’s Letters From the Field, and has co-authored two other books, Being Pregnant: A Woman’s Answer Book, and Women’s Sexual Health. She has worked in women’s health care for thirty years, caring for women in all walks of life. She is currently working on a book about health care delivery to women in rural America. Linda is the mother of five children and lives in Bar Harbor, Maine, where she was one of the founders of the Women’s Health Center.

Dr. Ming Kuo is an internationally recognized scientist who studies the impacts of urban environments on healthy human functioning. Notably, she has documented the impacts of "green spaces" on Attention Deficit Hyperactivity Disorder. More recent work has examined the ties between greener schoolyards and academic achievement. Her work has linked healthy urban ecosystems to stronger, safer neighborhoods, lower crime, reduced ADHD symptoms, reduced aggression, and an array of other mental health indicators. Her work was the basis of a $10 million tree-planting initiative by the City of Chicago, a US Conference of Mayors resolution on urban forestry, and has shaped federal landscaping guidelines. Dr. Kuo has helped shape research agendas on the national level at the USDA, CDC, and NIH, as well as at the Robert Wood Johnson Foundation. Of the 50 most cited articles on environment and behavior, Dr. Kuo is an author on five.

Professor Rosenthal is Scientific Director of The Jackson Laboratory. She received her PhD from Harvard Medical School, where she later directed a biomedical research laboratory, then established and headed the European Molecular Biology Laboratory campus in Rome. Professor Rosenthal is a global leader in the use of targeted mutagenesis in animal models to investigate development, disease, and tissue repair. She focuses on the role of growth factors, stem cells, and the immune system in the resolution of tissue injury for applications to regenerative medicine. Her research has led to significant advances in novel cell-based therapies for muscle aging and heart disease. Her book, Heart Development and Regeneration, is considered the definitive text in the field. She chairs the European Research Council. She is also a Founding Editor of Disease Models and Mechanisms, Deputy Editor of Differentiation, and Editor-in-Chief of the new Regenerative Medicine.

Paige Brown, a 17-year-old Bangor High School student, has been studying the pollution in Bangor streams and developing solutions to the issues she found there for the past two years. In June 2015 she was awarded Maine’s 2015 Stockholm Junior Water Prize, recognizing her valuable work on water-related science projects, for the first phase of her research. In 2016 she was named one of the 40 top student scientists in the country by Intel's Science Talent Search, and was awarded first place in Global Good and $150,000 for her work on developing cost effective solutions to the pollution she found affecting the streams. Earlier this year, Paige and 100 other students from Maine attended the second Stormwater Management and Research Team training seminar at the University of Maine, where she was the keynote speaker. Paige plans to study chemical engineering, and will attend Stanford University starting in the fall of 2016.

A scion of the Rockefeller family, Rebecca grew up wanting to save the world. Through her education, board service, philanthropy, and career she tackled environmental problems and championed human rights. But five years ago she left her job as a climate and energy planner and fasted alone in the desert. This three-day quest, and the experiences that followed, turned her perspective upside down. She is still passionate about environmental conservation and justice, but she is even more interested in cultural transformation. She’s curious about the cultural proclivities that put humans at odds with the rest of nature, and she’s on the hunt for practices and perspectives that seed cultural change. Rebecca now guides retreats for environmental leaders and others to help them connect with their calling, learn from nature, and mark transitions in their lives. Rebecca is a mother, an artist, a philanthropist and an avid rock climber.

Dr. Robert Steneck is a professor in the University of Maine’s School of Marine Sciences and an ecologist whose research focuses on coastal marine ecosystems, from the frigid waters of the Gulf of Maine and Alaska’s Bering Sea to the tropical coral reefs of the Caribbean and Indo-Pacific Ocean. Bob has studied an array of marine life in the Gulf of Maine as well as historical ecology, global climate change, and the science of managing marine resources. He is the “go-to” person for insight on the iconic Maine lobster. Some of Bob’s current work is in the tropics, where he is showing how the resilience of coral reef ecosystems is controlled by how well we manage herbivorous fish and human fishers. Bob was selected as a Pew Fellow in Marine Conservation in 1998, and is currently a Fellow of the American Association for the Advancement of Science.

Will Greene is a 19 year old photographer from Bar Harbor, ME. He graduated from Mount Desert Island High School in 2015, and is currently in his first year at Middlebury College. Will grew up on Mount Desert Island and developed a passion and deep sense of caring for the environment as a child while spending countless hours in Acadia National Park with his mother, Bo, and his father, Craig, who passed away from pancreatic cancer when Will was six. Will developed a love for landscape photography in Acadia, and in his senior year of high school, Will created a year-long time-lapse film of Acadia, showcasing the beauty of the park through all four seasons, and celebrating it in its centennial year. https://vimeo.com/137274656 At Middlebury, Will spends most of his time on academics and varsity diving, getting out into Vermont’s Green Mountains to hike, bike and ski whenever he can. 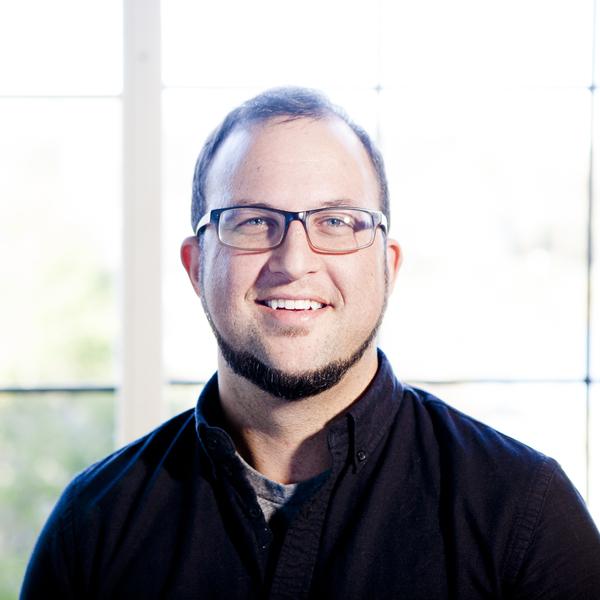