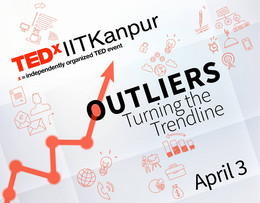 Born in the family of a post office clerk in a small village near Banaras, Premchand emerged as an invaluable gem to Indian Literature. Son of a boat-owner from a Tamil Muslim clan, APJ Abdul Kalam paved his way to become the ‘Missile Man’ of India and ultimately the President of our country. Sarojini Varadappan, daughter of former Tamil Nadu Chief Minister, abandoned a lavish life to devote seven decades of her life for the rehabilitation of calamity survivors and well-being of the cancer patients.

It is personalities like these, who are entitled as ‘The Outliers’, standing out from the crowd. TEDxIITKanpur’16 takes this opportunity to applaud the offbeat people in various fields. Their ideas and thoughts are eccentric but have the potential to bring about a noticeable ‘turn in the trendline’. With motivation, as strong as steel and actions, loud and clear, ‘The Outliers’ engrave an advantageously deep mark on mankind.

Come, share the space with the Outliers, as they spread their ideas, views and thoughts which shall mesmerize you. We welcome you to TEDxIITKanpur on April 3rd 2016.

Dr Chandan Mitra (born December 12, 1955) is an Indian journalist, presently editor and managing director of The Pioneer newspaper in Delhi, India. He was nominated as a member of the Rajya Sabha during August 2003 to August 2009. He was elected to another term in the Rajya Sabha, as a Bharatiya Janata Party MP from Madhya Pradesh, in June 2010.

Dr. Roshy John, the mastermind behind the driver-less Tata Nano. Dr. Roshy did his Ph.D in Robotics from National Institute of Technology, Tiruchirappalli. In his career, he has developed robots for different industries and has abundant experience in developing mobile robots

Former Indian Foreign Secretary and Ambassador, Nirupama Rao. She actively served at the Indian Foreign Services from 1973 to 2011 and after retirement, was appointed as the Ambassador of India to the United States for two years. Nirupama, who was the first Indian woman High Commissioner to Sri Lanka and Ambassador to China, is currently working on the diplomatic history of relations between China and India.

Pravin is a flute maestro and is the 1st Indian to represent Bansuri at the 'World Flute Festival'. Though trained to be an electrical engineer, Pravin practises Hindustani style of music as melodious notes flow through his flute. Pravin started playing flute at the age of three and grew up to be the first Indian flautist to perform on the 8 Feet Contrabass Flute.

Dr. Ramnath Narayanswamy, indulges in variety of fields like Spirituality, Self Development and Entrepreneurship. He is a professor of Economics and Social Sciences at IIM Bangalore and previously given a TEDx talk on 'Unbundling Creating Potential' At TEDxIITKanpur he shall share his ideas on ‘Engaging the Crisis of Leadership: Implications for Young Adults.'

Co-Founder of Absentia Virtual Reality. An electrical engineer by education and an entrepreneur by heart, Vrushali is currently working in the field of Virtual Reality and is planning to take VR to the next level 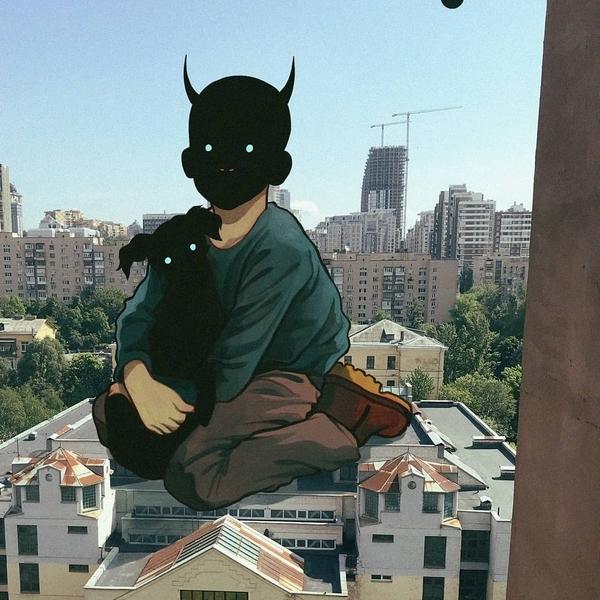