"Rubicon". Over time, the word has come to be synonymous with taking a daring, prepared step of action – something that hasn’t been done before – the courage to do what is necessary and to not be afraid of consequences when trying something new. Take the leap so to speak, one point of no return. A dedicated, thoughtful step - that made all the difference in a person's life.

It could a small decision that catapulted them into change, or a continuance on a path people would maybe not have taken.

Aimee, a Singaporean, views her vocation as advocating alongside and for underserved communities. She is active in efforts focused on refugee services, peacebuilding and anti-human trafficking. Aimee is also involved in programming for youth development in the NGO sector. She has worked on projects in countries such as South Africa, Thailand, USA, Palestine and Israel. Through these efforts, she desires to be a facilitator in the process of pursuing justice and holistically transforming communities. Aimee holds an MA in International Peace Studies, and a BA in Political Science and Globalisation Studies.

Anthony is the Director of the Nutrition Improvement Program at DSM, a global science-based company active in health, nutrition and materials. With more than 11 years of corporate experience in various regional and global positions in nutrition and health, Anthony is the expert when it comes to nutrition and it’s pivotal role in human and economic development. Before starting his corporate career, he worked as a registered Dietitian in clinical and public health nutrition. He will provide his perspective and expertise on the growing importance of nutrition in driving the global sustainable development agenda, and his personal experiences that have shaped his chosen path.

Debbie is a member of the Executive Committee for Transient Worker Count Too (TWC2), a non-profit organisation in Singapore dedicated to improving conditions for low-wage migrant workers. She is a long-term resident of Singapore and life-long advocate for the underprivileged. In the 1980s, she helped Vietnamese boat refugees in camps in Singapore and Indonesia. Now she devotes almost all her time to TWC2, leading the Cuff Road Food Project, a food programme in Little India where breakfast and dinner are served free every day for migrant workers not permitted to work but required to remain in Singapore. Her volunteer work with the meal project has her talking to workers to record their stories, information that supports research and reveals gaps in the system of recruitment and employment. Many of these men, in spite of their desperate situation, have become good friends ready to share their lives and dreams.

Fred Cheong is a Buddhist monk with a colorful history. He had spent 31 years in the Singapore Armed Forces, defending the nation and developing its leadership before retiring. As a Lieutenant Colonel, he had served in the Special Operation Force, Commanding Officer in the Special operation training center, his last appointment was the Deputy Commander at the Officer Cadet School, where he was well-known for leading the cadets in a 1000-situp challenge induction. He is currently now a register dharma teacher giving teaching and leading retreat in Nepal, China and India.

Janek is the Artistic Director of Singapore Dance Theatre (SDT) and the Founding Director of The Choo-San Goh & H. Robert Magee Foundation (CSG&HRM). He has been involved with SDT since its inception in 1988 and was appointed Artistic Director in 2008. Similarly, his involvement with CSG&HRM also dated back to 1993. Janek started his ballet journey early and has excelled through his hard work and talent. Before joining SDT, Janek had hosted numerous positions in other world renowned ballet companies such as Royal Swedish Ballet and Pennsylvania Ballet. Over the past eight years in SDT, Janek has initiated programmes like open in-studio rehearsals and established the annual Singapore Dance Theatre Choreographic Workshop to allow Singaporeans to better appreciate this art form. Janek was also honoured with the “Award for Culture” by Singapore Tatler at the Leadership Awards 2015, a prestigious award that recognises the contribution of influential leaders in Singapore.

Sharon is the co-founder and Managing Director of Protégé, a home-grown start-up that helps organisations re-think their talent acquisition & talent development for the Millennial generation. There are two key product lines: Protégé that is focused on creating powerful mentorship experiences within enterprises; and TalentTribe that is focused on connecting Millennials with purpose-driven careers. To recognise her achievements as a young entrepreneur, she has been awarded the Youth Entrepreneur Award 2015 by Small Medium Business Association (SMBA). Protégé has also won various innovation and entrepreneurship awards, including the Singapore Management University (SMU) Innovation Award and the National Champion of Southeast Asia Pacific Mobile App Challenge 2015.Sharon wants to live in a world where every person has the right mentorship and tools they need to pursue their ambitions.

Oon Shu An is a stage and television actress graduated from LASALLE College of the Arts. She started doing theatre at 14 and now does TV shows, films, theatre as well as online content. With a life philosophy of tracing back into the past in order to understand self, her one-woman show, #UnicornMoment with Checkpoint Theatre, led people to look into their histories and to explore the important moments that shape their lives. 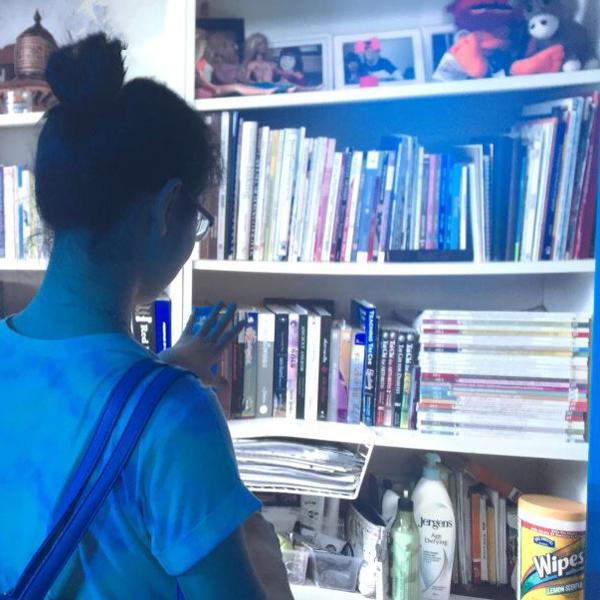