Daniel Charlebois is a Postdoctoral Associate at the Laufer Center for Physical and Quantitative Biology at Stony Brook University. He completed his formal education in Canada in physics (PhD 2013, MSc 2010, BSc 2008) and biology (BSc 2008), and was awarded a prestigious Natural Sciences and Engineering Research Council of Canada Postdoctoral Fellowship to work with Prof. Gábor Balázsi at Stony Brook University. Daniel’s research combines mathematical models based in fundamental physics with the tools of synthetic biology to study evolution and drug resistance. He has published research articles and discussion pieces in several leading journals including: Physical Review Letters, Bioinformatics, Nature, and Molecular Systems Biology, and coauthored a chapter on gene expression and regulatory dynamics in the textbook Information Processing and Biological Systems. Daniel’s research has revealed how non-genetic cell-to- cell variability enhances the development of drug resistance. This

Helmut Norpoth is Professor of Political Science at Stony Brook University, where he has taught since 1979. He holds an M.A. and Ph.D. in Political Science from the University of Michigan. He has also taught at the Universities of Texas, Cologne, Germany, and Essex, England. He has been a visiting professor at the Universities of Arizona, Mannheim, Germany, and Barcelona, Spain. He regularly assists the New York Times with its Election night analysis and has served as a polling analyst for the Foreign Policy Association. Norpoth has written or contributed to the following books as co-author or co-editor: The American Voter Revisited (2008; co-author), Politics and Government in Europe Today (1995; co-author), Confidence Regained: Economics, Mrs. Thatcher and the British Voter (1992), Economics and Politics: The Calculus of Support (1991; co-editor). His articles on voting and public opinion have appeared in the leading professional journals. He also has developed models to forecas

Jesse John was born and raised on the twin island republic of Trinidad and Tobago. His parents immigrated to New York City in 2000 to give him an opportunity to attend college. He arrived in the heart of Bedford Stuyvesant, Brooklyn at the age of thirteen. He was completely focused on attaining the college education that his parents left their friends, family and careers behind for. Jesse earned his BS in Geology and BA in Earth Science Education in 2009; this allowed him to be a part of a close-knit family of students and professors who became lifelong colleagues and mentors. Jesse received his MA in Geology from CUNY Brooklyn College in 2012. His master’s thesis examined the strontium isotopic signatures in shark teeth to validate using fossil shark teeth to interpret climate change. He is currently involved in doctoral studies in the Geosciences department at Stony Brook. As a geochemist his research involves synthesizing novel nano materials. The target materials have interesti

Trumpet performer and educator John-Thomas Burson has pursued his passion for music across a diversity of arenas. With a special fascination for new music, he performs with Anima Brass, a Long Island chamber ensemble which actively commissions and presents modern works for the brass quintet. Burson devotes equal attention to solo performance, appearing recently as featured soloist with the Georgia Symphony Orchestra and Kennesaw State University Symphony Orchestra. In solo recitals, John-Thomas often programs rarely performed or new works for trumpet, including a premiere in April by Stony Brook University’s Nathan Hudson. For the past two years, he was selected to attend the internationally-acclaimed Aspen Music Festival, where he performed alongside preeminent conductors, soloists, and ensembles including Midori, Gil Shaham, Robert Spano, Vasily Petrenko, and the American Brass Quintet, to name a few. He was the 2014 winner of the International Trumpet Guild’s Sonare Pro Brass Schol

Margaret Anne Schedel is a composer and cellist specializing in the creation and performance of ferociously interactive media whose works have been performed throughout the United States and abroad. As an Associate Professor of Music at Stony Brook University, she serves as Co-Director of Computer Music and is the Director of cDACT, the consortium for digital arts, culture and technology. She ran SUNY’s first Coursera Massive Open Online Course (MOOC), an introduction to computational arts. Schedel holds a certificate in Deep Listening and is a joint author of Cambridge Press’s Electronic Music. She recently edited an issue of Organised Sound on the aesthetics of sonification and her two of her pieces are featured on the REACT recording by Parma Records. Her work has been supported by the Presser Foundation, Centro Mexicano para la Música y les Artes Sonoras, and Meet the Composer. She has been commissioned by the Princeton Laptop Orchestra the percussion ensemble Ictus, and the reAC

Nancy Burner, Esq. is the founder and managing partner of Nancy Burner & Associates, P.C. established in 1995. Nancy holds the designation of a Certified Elder Law Attorney (CELA), awarded by the National Elder Law Foundation as accredited by the American Bar Association. She is a member of the Elder Law and Trust and Estates sections of the New York State Bar Association, the Suffolk County Bar Association and the Real Property, Trust and Probate Committee of the American Bar Association. Nancy is a past president of the Suffolk County Women’s Bar Association and a past co-chair of the Suffolk County Elder Law Committee. For eight consecutive years, Nancy has been named as a Super Lawyer in the field of Elder Law. As a Super Lawyer, Nancy has also received this award in the Top Women Attorney category as well. Nancy frequently lectures on the legislative changes, financial implications, and governmental benefits affecting the elderly and special needs population. In 2016, Nancy was

Nancy Franklin is a faculty member in the Stony Brook University Psychology Department. Her training is in cognitive psychology, and her specific research interests include memory and eyewitness error. In 2008, shortly after a major New York State Court of Appeals decision calling for eyewitness identification experts in court, she accepted an invitation to testify as an expert in a robbery case in Manhattan. She has been invited since that time onto several hundred cases in various jurisdictions of New York and in other states. She regularly donates her time to assist in reexamining cases, some of them decades old, that are suspected to have produced wrongful convictions through witness error or coerced confessions. She has also given dozens of public and academic presentations discussing how well-understood psychological principles can lead to errors in the criminal justice system and the measures we can take to reduce these errors.

Yu-Ting Cheng (born 14 Nov 1989 in Taipei), is an award-winning Taiwanese clarinetist and composer. Yu-Ting commenced her musical studies in 2008 on clarinet performance at Soochow University with Pei-Yun Lin. Then she enrolled in Peabody Insititute of the Johns Hopkins University as a master student in 2012, studied with the Principal Clarinetist of Baltimore Symphony Orchestra,Steven Barta. In 2014, she began her doctorate and assistantship at West Virginia Univeristy, studied composition with David Taddie. In 2016, she is also enrolled as a doctorate student and a teaching assistant at Stony Brook Univeristy, studying with former Artistic Director of Orpheus Chamber Orchestra, Alan R. Kay. Yu-Ting has captured audiences since 2002 by winning the first prize on Taipei Student Music Competition among groups of young talented clarinetists. In 2003, as a teen of 14, she won the first prize of the most competitive national music competition -Hsing Tien Kong Young Artist Award. During h 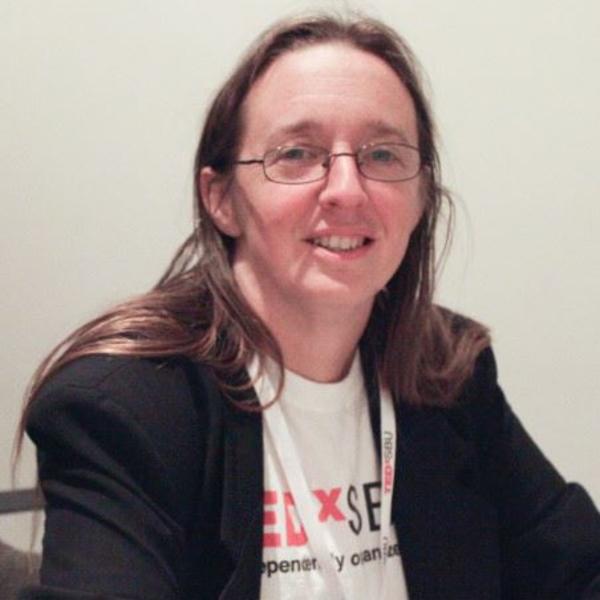