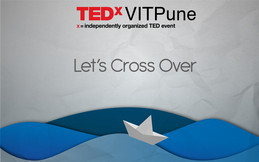 Show me the reason, bring me to light
A spark of passion to conquer the night
A shimmer of hope to ward off sorrow
Let’s cross over to a brighter tomorrow.

We are seeking answers to seemingly rhetorical questions, and challenging existing notions. We are not rash mavericks though; we are justifying our iconoclasm. We may encounter an obstacle in our journey, but we are not defeated. We may lose a battle, but our goal is to win the war – the war against ignorance, terrorism, poverty, environmental degradation, backward thought process (the list is endless). There is a fire within us that keeps us going, a courage to lose sight of the shore to swim towards new horizons, a vision to create the indiscernible and a hope to build a better tomorrow.

To achieve our goals, we don’t have to move mountains – it is the practical things we do that make a difference.

The essence of progress lies in imparting knowledge and awareness among people. And doing what needs to be done. Repeating existing ideas is not enough because clearly, the ideas themselves are not enough. We must foster the fire within the ignited individuals in our society to reach our goals.

Imagine a street. We don’t have to go the distance, just get to the other side. But it is difficult and it weighs us down because there are a lot of hurdles. However, the sight on the other side is just too irresistible. Deep inside, we know we have the courage to fight these barriers. So, what are we waiting for? Let’s cross over.

Manager of Social Innovation and Advocacy at an NGO(education)

The Manager of Social Innovation and Advocacy at Teach for India (TFI), Adithya Narayanan has played varied roles in the development sector of India. From directing documentary films on people working with Search – a non-profit organization at the Maharashtra-Chattisgarh border and on Tibetian refugees in Dharamshala, to working as a TFI fellow, his current profile involves working on solutions to some of the most cardinal education-related issues prevalent in the country. A firm believer that proper education is an answer to almost all of mankind’s problems, he conceived, designed and spearheaded ‘Halla Bol’, TFI’s first parliamentary debate competition for students. He will be joining the Harvard Kennedy School of Government soon.

As Indian kids, we were often asked the question “What will you grow up to be?” to which our answer was either doctor of the machines or engineer of blood and bones. Chaitanya Deshpande was one such individual who got pushed into the former. At the age of nineteen, he dropped out of his Engineering Institute to pursue his passion – football freestyling, an art quite rare in our society, a profession even more so. Chaitanya became the first professional Football Freestyler from Pune. In the top 16 for the past five years and currently ranked 6th according to FIAC Online Championship, he has truly embraced the joy of making his hobby his profession. With immense positivity and energy, Chaitanya lives by the motto ‘Dream, believe, achieve.’ He teaches us not to be insecure about our dreams, pursue our passion come what may and envision ‘What if I succeed’ rather than ‘What if I fail’!

Co-founder and Curator of a micro-fiction platform

Chintan Ruparel is the co-founder and chief curator of Terribly Tiny Tales - India's largest platform on the social web today. With one tweet sized story (140 character long), TTT brings together a diverse pool of fantastic writers from varied backgrounds. He has also directed the short film ‘Deuce’ in 2015 under their very own Terribly Tiny Talkies banner. A football enthusiast, Chintan loves meeting new people and embarking on travel and adventure journeys alone!

Dr. Sanjit Mitra has completed his B.Sc. and M.Sc. in Physics from University of Calcutta and received Ph.D. in Physics for his notable research in ‘Efficient analysis algorithms for Gravitational Waves & Cosmology’ from the University of Pune. His areas of interest include- Gravitational Waves, Cosmic Micro-wave background and Computational Astrophysics and Cosmology. He has been presented with the NASA group Achievement Award for contribution to Planck Data Analysis and Early Release Compact Source Catalog thrice! He also is the recipient of the LIGO Thesis prize. He currently works as an associate professor at Inter-University Centre for Astronomy and Astrophysics (IUCAA), Pune.

Priyamvada Ranade has done her Bachelor’s in Architecture and Master’s in Engineering (Town Planning) from Pune University. An architect by profession, she has also had a teaching experience of over 10 years. She holds the position of an independent director at Kirloskar Industries Ltd., being in an advisory role. A staunch believer in the idea of imparting practical training to professionals in the field, she has launched her training programs for architects and construction industry professionals for technical, hands-on experience.

To music lovers in this country, Suraj Mani is the songwriting force behind some of the most iconic songs in India’s Indie Rock Scene, from ‘Mindstreet’ to ‘Mahabali’. His world-view has fascinated us from his Motherjane days to his new act – The Tattva Trip. Referred to as ‘India’s Rock Poet’ and ‘Singing Sensei’, this groundbreaking new act is a musical travelogue that uses songs and stories to spark off social conversations. A man who consciously wears many masks, he has won multiple music awards at both national and international forums. He is also the founder-CEO of an HVAC firm (Suraj Mani Engineers Pvt Ltd) and a record label/music production house (Aum-i-Artistes).

These days, when everyone is after creating a ‘Competitive’ work environment, there are people who are focusing on building a ‘Happy’ workplace, a rarity in today’s times. Suyog Patki is one such individual. He is one of the co-founders and the MD of Rapid Circle (formerly Zevenseas), a global technology and business consulting firm. A Microsoft Cloud specialist and ‘Worldwide Health Partner of 2015’, he is passionate about start-ups and encourages youngsters to strive for innovation. Having experienced companies of different scales, Suyog never enjoyed company hierarchy. Instead, his company follows an unorthodox ‘No Boss’ method, where instead of telling others what to do, each person knows what to do next and how to get it done professionally. He trusts that a healthy mixture of pragmatism and creativity is important, and hence puts up passion and culture at the same level as business execution and investments.

Tushar Lall, the brains behind The Indian Jam Project which serves as a collaborative platform where Indian Classical Musicians come together and perform Indian adaptations of western theme music of famous TV series and movies, is a self-taught keyboardist/pianist who has been playing said musical instruments since the age of four. He holds diplomas in ‘Music Production’ from SAE and Dubspot (NY) and in ‘Sound Design, Mixing and Mastering’. He has worked with BBC, NABC Houston and Grammy award winning engineers in New York. Tushar picks Western tracks capable of ‘evoking emotions’ in the listeners for their Indian adaptations. 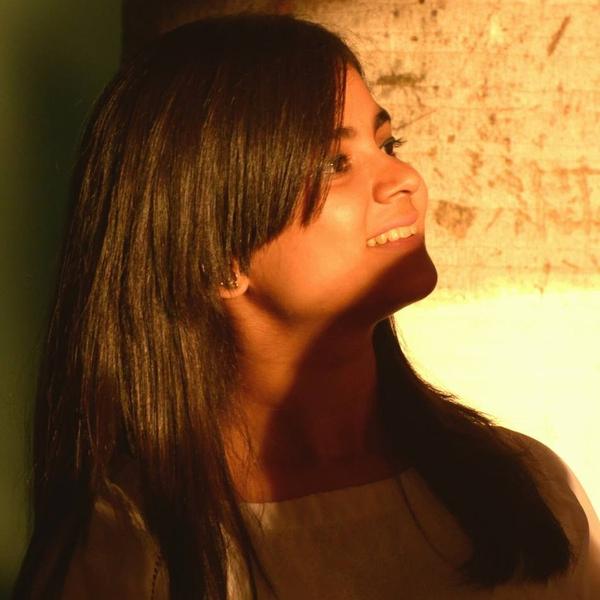