GITAM University, Visakhapatnam is amongst the top 5 private universities of India
and has acquired the licence to organize an independently organized TED event, titled “TEDxGITAMUniversity”. Our team takes pleasure in inviting you as a speaker at
TEDxGITAMUniversity scheduled on the 26th of March, 2016*. The event is a series of talks by eminent speakers from all over India on diverse topics like entrepreneurship,technical, arts, music, dance, drama, inspiration, photography, designing and social service etc.

GITAM University has been a pioneer in holding TED talks in the city of Visakhapatnam since 2013. We believe that ideas and experiences are worth sharing and TEDx talks lay a platform for this expression, with theme for this year’s TED talks being "The Big Picture".

.Ajita Suchitra Veera who is an Indian film director, writer, illustrator, photographer, and a film producer. Her film "Ballad of Rustom" was in Oscar contention for Best Picture 86th Academy Awards 2014. Her earlier short film "Notes on Her" was an official entry to the Oscars in 2003. Her First Feature Film "Ballad of Rustom" which she wrote, directed and produced and she also did production design, collaborated on film editing, sound design and music, was described as a "powerful cinematographic poem, epic, and faustian" by The 61st International Film Festival in Germany.

Antano Solar John is a tech evangelist who is passionate about revolutionizing the entire learning experience with the help of technology. He experimented how the patterns of Neuro Linguistic Programming worked in a variety of situations whenever he had time outside his busy career as the chief technology officer(CTO) of Nuveda.Today he Co-Owns School of Excellence with Harini Ramachandran with the vision of "Creating Generations and Generations of Excellence".

Anubhav Wadhwa (aged 16 years) is a Technology Entrepreneur, Designer, Big Data Analyst, Computer Programmer and 'bottom of pyramid' Social Activist . He is the Founder & CEO of TechAPTO. As a part of his vision to work towards furthering Sustainable Development Goals, Anubhav deploys collaborative technology platforms across sectors, including Health, Education and Environment. He works to build strong links with governments, multilateral agencies as well as key umbrella associations and foundations. He launched Tyrelessly from his home and plans to introduce Tyrelessly across India. Tyrelessly has a tireless aim to partner with cities, communities, brands and individuals to build a waste-free future together.

Kishore Mandhyan, former political director for peacekeeping, humanitarian and human rights affairs at the United Nations.Compassion and the multitudinous layers of human interaction drive him towards peace.While world is running towards the achievement of world peace while this man is on the other side of the coin, who is actually working towards maintaining it.

Suma has an enriching experience in the field of education.Despite coming from a family of doctors, she chose to follow our passion and become an academic. She aspires to change the education system in the country by making it student friendly.

While other musicians need instruments to produce music, this guy from hyderabad does beats with his throat! At 22-years old, he is a beat boxer who’s creating ripples through the industry..

Based out of Mumbai, Ritam has never quite understood the need to create a niche. Shooting extensively across categories— advertising, automobile, portraits, fashion, corporate, architecture & interiors, products, travel, industrial, photojournalism, food —he has always sought inspiration and challenge in variety, framing things as disparate as spas and slums, ketchup and cars.Apart from stills, Ritam has been awarded for cinematography in feature films at several international film festivals.Often invited to be on the jury at national and international competitions, he has also been in the news for his theme-based calendars and exhibitions across the globe.

Twelve years ago when V Srinivasa Chakravarthy returned from the US to take up a faculty position at IIT-Madras, many discouraged him, saying he would get bogged down in undergraduate academic work. Till 2005-06, Chakravarthy, now a professor at the department of biotechnology, did not find much to disprove this idea.But Srinivas Chakravarthy has unified 22 languages into 1 ; Bharathi. Most Indian alphabet systems are organised as vowels and consonants; Bharati follows this pattern without the elaborate flourish. The script combines the simplest features of several existing scripts to come up with a new one that is logical and simple.

Indian cricket team’s performance analyst, Subramanian Ramakrishnan (Ramky), is the founder of Sports Mechanics, which converts raw data into intelligence to enhance the performance of cricketers and other sporting professionals. The services of SportsMechanics have helped top Indian players like Sachin Tendulkar, Virendra Sehwag, and captain Mahendra Singh Dhoni improve their performance.

The man who ran behind his hobby and made it his profession, Suresh Eriyat is much more than just a creative animator. He set up Studio Eeksaurus in 2009, India’s first studio which has mastered the art of intertwining animation with live action to synthesize new ideas and unforgettable brand identities. Suresh has a keen eye for detail; his work is a reflection of that fact.With a strong understanding of the history of a brand, he incorporates its ethos and culture into his artwork. 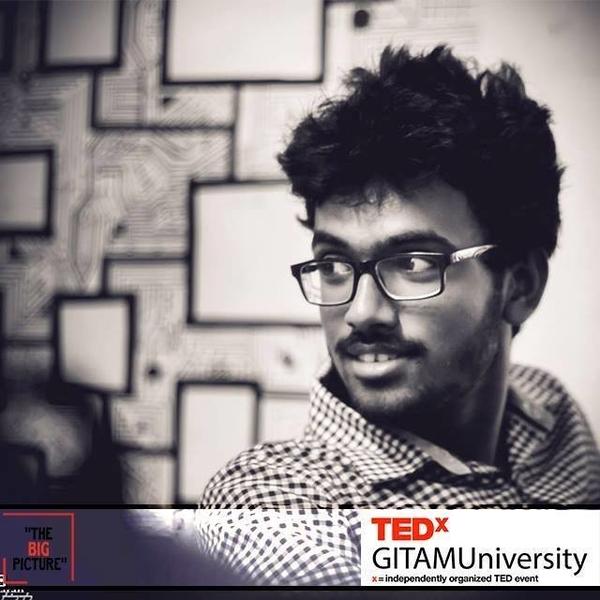