You were born to be a phenomenon. You are invincible. You are truth. A mind which is bound to perform impeccable tasks by living, moving and consuming life. You are the Five Elements in motion. You are the Answer to your Prayers. This, one of a kind gathering in the heart of the city, celebrates you.

Dr. A.K. Manocha, an Indian Railway Traffic Service officer,has experience in diverse fields of Commercial, Operations and Safety Departments of Northern Railway in various capacities and as Chief Project Manager, CRIS prior to this. His contribution to the manual and rulebooks for G&SR, Accident, Operation, Station Working Group has been acclaimed. He also prepared a special report on vexed issue of Level Crossing Grades on DFCCIL for The World Bank. He has some prestigious accolades to his credit like N-GET gold award in February-2016, by CPSU’s and Indian e-Retail Awards 2015, in the category “Leisure and Travel e-Retailer of the Year” and many more.

Anand Junior Gupta is a Business Management graduate from Babson College in USA. He also attained an Associate’s degree in Entrepreneurial Masters Program from MIT. He has tied his business to social work, selling handbags which raise money for women’s safety. He was the architect behind the Juvenile Justice Act movement.

Wing Commander Anupama Joshi joined the Indian Air force in 1993, when the government opened its doors to women in the armed forces. She is from the first batch of women to join the armed forces. Anupama served in major air force bases. For her dedication and hard work was commended by Chief of Air Staff for selfless devotion to service. Anupama took the fight for gender discrimination in the armed forces to its conclusive end. She was instrumental in getting permanent commission for women in the armed forces. It was a seven year battle in the Delhi high court which has opened doors for women to have equal place as men in the Defence services. She is truly an inspiration! Anupama is the founder CEO of a financial company, Sahastradhara Khetriya Gramin Financial Service, based out of Dehra Dun, the mission being “To maximize the financial wellbeing of every individual and enterprise in rural remote parts of Uttarakhand”.

Arjun is a President of India's National Award winner (2005) for his film 'The Timeless Traveller - Horseshoe Crabs'; In addition to that he has 8 International awards to his name. He is passionate about working on films on conservation, health and development. In the past 10+ years, he has been a part of 6 successful campaigns which have led to change in legislation, increased enforcement of the laws, and greater awareness in people at large.

Founders of YES+, Art of Living

Bawa n Dinesh have taught people from all sections of society – from corporate courses to courses in slums, from terrorists in jails to fresh budding minds in the premier educational institutions of the country. They have run several innovative social projects for the Art of Living. Notable among them are: -Donate a book, Educate a child -The Great Green Project in which about 100,000 trees were planted -The March against Corruption to combat the rampant corruption in our country -The Mumbai Hopeline to help prevent suicides. Under the guidance of Sri Sri Ravi Shankar, they designed The Art of Living's flagship youth program YES!+ (Youth Empowerment and Skills) which is offered in more than 100 countries worldwide. They are directors of WAYE (World Alliance for Youth Empowerment), an NGO which addresses and provides sustainable workable solutions for the contemporary issues faced by young people of our times.

Ishi Khosla is a practicing clinical nutritionist, consultant, writer, columnist, researcher, author and an entrepreneur. She is actively involved in clinical practice at the Centre For Dietary Counseling in Delhi, where she deals with a wide range of nutrition related health problems including cardio-vascular disease, diabetes, hypertension, obesity, gastro-intestinal problems, allergies etc. Passionate about nutrition and a strong believer in the power of foods, she spearheaded, the first of its kind, a health food company 'Whole Foods', in the business of producing and retailing health foods and operating Health Cafe's.

Makarand R. Paranjpe (A.M., Ph.D., University of Illinois at Urbana-Champaign) is Professor of English, Centre for English Studies, Jawaharlal Nehru University (JNU). He has taught in the US and India for over thirty-five years, and held visiting appointments at universities such as Oxford, Barcelona, Sao Paulo, Tuebingen, Calgary, Iowa, and Texas-Austin. He is the author of several books of criticism, poetry, and fiction, and over 150 academic papers. His latest monographs include The Death and Afterlife of Mahatma Gandhi, Swami Vivekananda: A Contemporary Reader, and Cultural Politics in Modern India: Postcolonial prospects, colorful cosmopolitanism, global proximities. Makarand has organized and coordinated several international conferences. He has also been an invited speaker and presented academic papers all over India and in over fifty countries abroad.

Manvendra Singh Shekhawat's love for carefully preserving cultural heritage and traditions and reframing them in a modern context whilst maximising human potential is uniquely expressed through his experiential hotels. His NGO launched Jaisalmer’s largest conservation and cleanliness campaign in 2013 and he is currently creating an ever-evolving, cross-disciplinary, collaborative, whole-system community for a more productive and personally fulfilling societal model.

Neha Kirpal is the Founding Director of India Art Fair - India’s premier Modern and Contemporary Art Fair - which launched in 2008. She has been instrumental in establishing the fair as a one-stop destination for Indian art at a global level, creating the first ever world-class platform for showcasing Indian art, whilst also providing an avenue for international galleries, artists, curators, museums and collectors to experience the Indian artistic landscape and emerging art market. Neha was born and brought up in New Delhi, India. She studied B.A (Hons.) degree in political science from Lady Sri Ram College, New Delhi. Over the next few years she pursued her career in marketing communications and secured a postgraduate masters degree in marketing for the creative industry from the University of Arts, London. Neha’s exhaustive and unparalleled efforts combined with her entrepreneurial excellence has garnered recognition from near and far.

3 Time College Dropout | 3 Books | 3 Companies | Social Entrepreneur | Blogger | Artist | 25 Years Onkar K Khullar popularly known as Digital Gandhi. In 2016 he has pledged to spearhead India's Social Entrepreneurship Movement amongst the youth called 'Gandhi with a laptop' through his workshops across the nation. “I had to fight my family, friends and teachers to leave college and pursue my dream. I swear to God it was so hard that I cannot put it in words."

Rani Khanam is one of the most sensitive and astute interpreters of Lucknow Gharana of Kathak today. She has earned great name for her dexterity, subtle footwork and rhythmic patterns. Trained by renowned doyens of Kathak namely Smt. Reba Vidyarthi and Pt. Birju Maharaj at Kathak Kendra, New Delhi. As an artiste, Choreographer and Guru, she always strives for excellence. Her style reflects deep comprehension of the dance tradition which has set new dimensions and source of inspirations to younger generation. Coming from a conservative Muslim family in Bihar,where dance was not considered an art but only a form of entertainment that did not deserve any respect, Khanam braved many rules,regulations,oppositions and ostracisation to carve a niche in the world of dance, pass on her gift to many others,make dance a therapy for those who are physically challenged and also fight for the rights of Muslim women in India. She is a true inspiration!

Rwitwika Bhattacharya is CEO of Swaniti Initiative, a non-profit that delivers development solutions to government. Prior to Swaniti, Bhattacharya worked at World Bank. She has a Master's in Public Policy from Harvard and Bacherlor's in Economics from Wake Forest. She is currently working on her third called "Making of a Politician". It has never been easy to be young and also be able to exhibit enterprise in the space of politics and public policy in India. By the time you get your head around the complex web of structures and conventions that govern representative democracy, you hardly have even a remote chance of being called young. Rwitwika is an exception.

Srinivas K. Rao is a scientist and entrepreneur. He obtained Ph.D. from University of Paris. He has been living in New York for the past 28 years. He has research, teaching and business development experience. He introduced Dr. Quinoa brand. He is a director at Sooth Health Care Private limited.

Started by Chandni Chopra and Aarshiya Chaudhry, the Udyami initiative is helping school children in Delhi find their own voice and become change-makers in their communities. They were inspired by their students’ potential and set out to equip them with the skills they need to drive change within their own ecosystem. Udyami is a symbol of the kind of education all children deserve. One that integrates academics, values and mindsets and exposure and access.

Ujwal Nagar is a young Hindustani vocalist from Delhi. He has performed at numerous cities in India and abroad and was also awarded the Sahitya Kala Parishad and Central Government scholarship by Government of India for his relentless pursuit of Indian classical music. Although a purist at heart , Ujwal has enriched his musical pursuit by exploring various other genres of music as well. Most notably, his ongoing collaborative work with the group Advaita as the lead classical vocalist has been greatly appreciated by classical music connoisseurs and the world music listeners! Shariq hails from the Farukabad Gharana, a style of Tabla playing; Initiated into the art of Tabla playing at the age of four, he obtained a strong grounding from his father, Ustad Rashid Mustafa Thirakwaand, under whose able guidance he strengthened his skills. He is also the recipient of numerous scholarships from the Ministry of Culture, Government of India and Sahitya Kala Parishad to name a few. 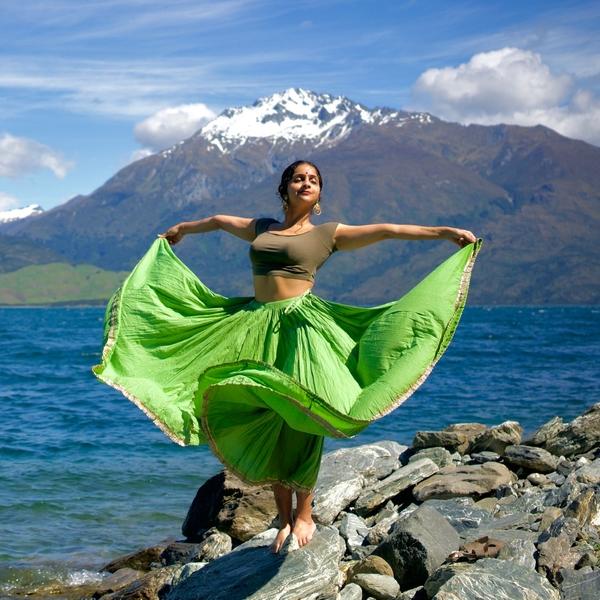 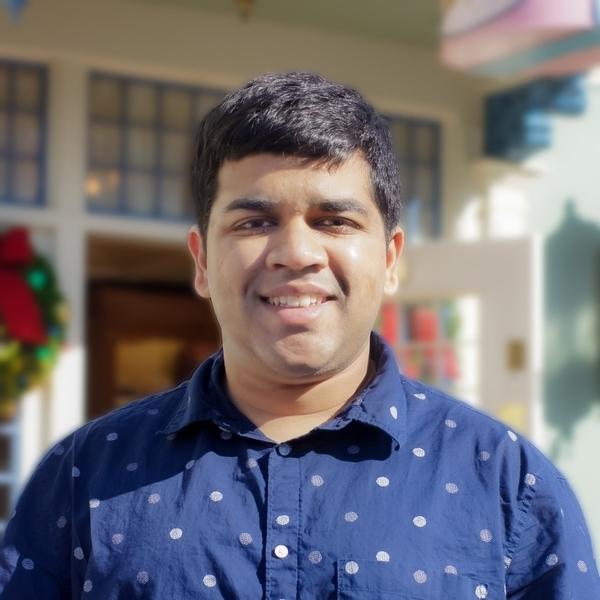