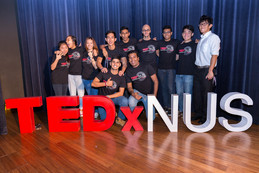 Held on the 20th March 2016 at the National University of Singapore, TEDxNUS is a full-day event made open to an audience of about a 100 people, comprising primarily of university staff and students. Through a series of short, powerful talks by invited speakers, we hope to spark deep discussion and connection within a small group, while also exploring the intricacies of this year’s theme, “The Tipping Point”.

As Gladwell coins it, the Tipping point is 'that magic moment when an idea, trend or social behaviour crosses a threshold, tips, and spreads like wildfire'. There are many issues in the world today lay on the brink of revolution - some have already made the paradigm shift, while others cling on desperately on a cliff's edge. A mind set change towards the issue of gender equality is well overdue. Big Data is revolutionising the society AND the world’s biggest industries. The Earth is teetering closer towards an environmental catastrophe.

Yes indeed, the scales are tipping.

At this year's inaugural TEDxNUS event, we wish to bring light to these pertinent issues. We explore the taboo and the roads less travelled, with the hope of provoking thought and inspiring action around these issues. And perhaps at the end of the day, your change of mind set might be the one that tips the scale, and sparks off a revolution.

Deborah Emmanuel is a Singaporean writer, poet, actor, and musician. Her poetry has reached international acclaim, appearing in both local and international writers festivals, partnered by her accomplished work in local television and theatre. Besides her talent in the arts, Deborah is also an educator; speaking and engaging with schools, institutions, and prior TEDx events. Using poetry and art as a medium, Deborah brings to light pervasive societal issues, and the need to broaden our perception on such issues.

Dr Jose Sepulveda, also known as Pepe, is the Director of the Applied Research and Technology for Infocomm Centre (ARTIC). At ARTIC, he focuses on producing translational technologies, and implementing strategies to bring them to the market. His background includes an MBA focused on innovation strategy and a PhD in Physics Data Analysis. A Physicist by training, he has worked all over the world focusing on a wide range of projects including, information technologies, video game design, e-learning, e-commerce, bioinformatics, biomedical data analysis, wearable devices, and the internet of things. He is now living in Singapore where he works on technologies applied to education and health.

Born in Long Island, Keith spent most of his life in New York till moving to Singapore in 2012 where he currently resides. Keith is a Visiting Senior Fellow of Decision Sciences at the National University of Singapore Business School, and Affiliate Professor with NUS Business Analytics Center. As part of his service mandate with Business School, he consults companies such as GUCCI and Goldman Sachs, on Innovation, Customer Centricity, and Actionable Intelligence. As an inventor, he recently received a patent on a financial intelligence tool design. He has previously worked at the Estee Lauder Companies in a variety of global supply chain roles, and Accenture in financial services and government. Keith has a Bachelor’s in Electrical and Computer Systems Engineering from Rensselaer Polytechnic Institute and a Master’s in Business Administration from Cornell University. Outside of work Keith is an avid sportsman, author, private pilot, fencer, and family man.

Dr Marcelo Ang has been with the Mechanical Engineering department of the National University of Singapore since 1989 and is the current Acting Director of Advanced Robotics Centre. His extensive research covers robotics, mechatronics, autonomous systems, and applications of intelligent systems. Possessing a desire to better our society, his work and passion for robotics aims to provide a safer and more productive way of living through innovation and creativity. With his research based on Autonomous Vehicles, Dr Marcelo’s intends to provide a more efficient and convenient way of moving around. Besides his academic and research positions, Dr Marcelo is also actively involved in the Singapore Robotics Games as its founding chairman, and the World Robot Olympiad as a member of its Advisory Council.

Siddarth “Sidpicky” Das is the Executive Director of Earth Hour Global. Prior to his position as Executive Director, Siddarth was the man behind the comprehensive outreach and engagement that Earth Hour has attained through the use of digital media. Presently, he leads the organization in delivering the global climate campaign across 172 countries and territories. A self-professed tech geek, he is also an avid tennis player and a travel photographer. With over a decade of experience working in the digital industry, Siddarth delves into every facet of the digital advertising and campaigning perspective, realizing its ability to mobilize change.

Sorelle Henricus is a PhD Research Scholar at the Department of English Language and Literature at the National University of Singapore (NUS). Her work and doctoral project focuses on the philosophical premise of a sustained engagement with the different ways we can produce and perceive knowledge in a modern and contemporary context. With today’s digital and techno-science culture, she also seeks to unravel the importance of social media and the internet as the axis of communication and change. In addition to teaching duties at the English Department she is also an Associate Fellow at Tembusu College, NUS. 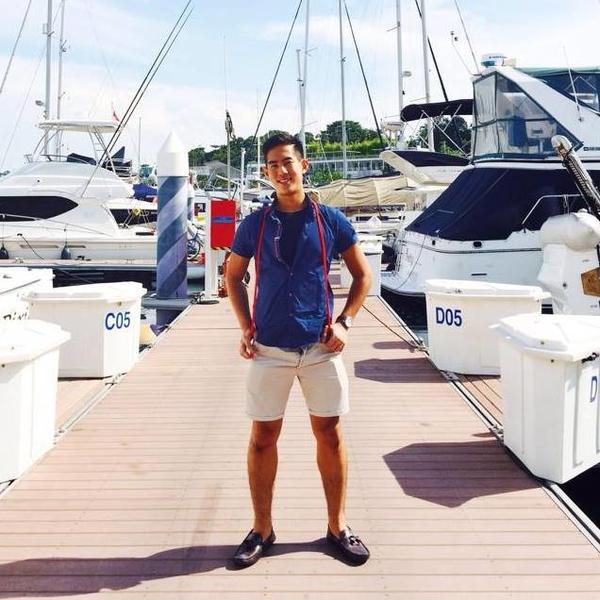