TEDxUniversityofPiraeus is an independently organized event by the students of University of Piraeus. The team consists of active and highly ambitious individuals who aim to promote the core driver behind TED, ‘Ideas Worth Spreading’.The driver behind this motive is to encourage the students of University of Piraeus to reevaluate their goals in life and future. The goal is to host an event which will become food for thought, since several fields will be covered, such as technology, entrepreneurship, culture, art, design, science and education.The speakers will share their experiences and ideas, in an inspirational way which the audience will be intrigued to see things from a different perspective. We plan to motivate the youth to take action today, in order to build the future which we desire to live in.

Combining his knowledge of psychology, the study of human behavior, memory and body language along with the art of disorientation Amazing Dio will take you to a world of mystery.

Domn.Ann.Acro is an acrobat duo since 2009, which has performed in several competitions. Their art is focused on General Gymnastics which has elements of Rhythmic, Gymnastics, Stunt and Dance.

It’s only how they embellish their music and the tone colours that corresponds perfectly to the band name . The language of commerce and diplomacy in Eastern Mediterranean, a mixture of Portuguese , Arabian , French, Italian, Turkish and Greek accompanies the sentimental musical wandering of our 4 musicians. A journey during which the rich eastern Mediterranean traditions and the western elements blend and compose a colourful soundscape. Let us wander along in a musical dialogue and expand our horizons in terms of music and emotions.

President of the Institute of Preventive Medicine Environmental and Occupational Health, Prolepsis

She is a professional dancer from Canada. Cassandra was born with a large birthmark under her right eye and she was a victim of bullying during her school years. Although she had the chance to erase the mark she made the strong decision not to. She believes that this birthmark makes her unique and memorable to her work. It’s her source of inspiration and hope.

Student at University of Piraeus

Student at University of Piraeus, department of Industrial organization and administration , also student of Fine Arts. Christina was selected from our pre-event to give a speech to our main event. Some difficult situations that she has been through at a very young age made her a strong believer that no realism and public opinion should get in the way of your dreams and hopes.

Founder of the street magazine

Founder of the street magazine “Shedia” and the national football team of homeless. Shedia is a magazine that homeless and people with economic problems sell at public spaces in order to earn their incomes. His goal is to help as many people possible to overcome their economic problems and provide a decent life to their families.

He is the owner of the radio station Kiss FM (ex-pop FM) in Mytilene. Although he didn’t receive an ivy league education , he founded in 1998 the software company named JazlerSoftware, which automates the radio broadcast. JazlerSoftware has won several awards worldwide , not to mention it is numbered among the 3 best radio software in the world.Currently it is being used by the Vatican and the American Army. He faced legal problems when he tried to expand his software in TV. His goal is to convince the audience that no matter what your background is you can still have the greatest expectations and achieve them

After he gained his BSc degree in Informatics and Telecommunications and his MSc in Information Systems, Dimitris decided to become a researcher on Athens University of Economics and Business. That was the kick-off on a brilliant academic career. Some years later he is a part of Columbia University’s research team on various topics in the areas of application and system security. Beyond that he has worked in the industry as a software engineer and security consultant.

Dionisis is a man of many talents. He has made a career both in stand-up theater and in television. Currently in addition to stand-up shows, he presents a tv show called “cinelthete” at SKAI and also writes comic at socomic.gr

Katerina Kitidi has studied French Literature on the University of Athens, Military History on the University of Montpellier, Political Science and Relations on Bogazici University of Turkey and holds a PhD on European Studies from the King’s College of London. She is working since 1998 as a journalist and she is a co-creator of the documentaries Catastroika and Debtocracy. Currently she is working on the Office of the United Nations High Commissioner for Refugees in the Public Information Department. She has spent a lot of the last months on the Greek islands helping those who really need our help. She is going to share with us her experience from the refugee crisis really and she is going to help us to understand how big the problem really is and how exactly everybody can help.

Born and raised in Piraeus in a different era and by moving to New York at a very young age, managed to develop into a distinguished man of art. Having excelled as an actor, dancer and writer can be described as a modern thinker of them scarce in the 21st century. Moreover, since the early nineties has received the status of the radio producer which has with great success as almost anything which deals in life. We have him with us to transfer our experiences all as lived and help us to highlight what are those values ​​which have been eliminated from our daily lives and how we can restore them.

Lydia Papaioannou has been widely known in greek public by presenting her own show at MAD TV formerly, and later as a mission girl at “Mission Lydia” TV show at MTV Greece. She is a graduate of Media & Communications of National Kapodistrian University of Athens, while she currently is the Editor-in-Chief at Cosmopolitan Magazine in Greece, as well as radio producer at Music 89,2 radio station. She had been working at the Press for years, while she has also been radio producer at Nitro and MAD radiο stations, as well.

Michael is a Greek cinematographer born to a Greek father and an Australian mother. He was born and raised in Athens, Greece, before relocating to London at age 17 for his studies. Biochemist turned photographer turned cinematographer – Michael started shooting stills for magazines such as Esquire, Wired, Vogue and Cosmopolitan before heading over to Pulse Films London as a production assistant. He then moved towards film and is currently shooting short films, fashion videos and commercials. Michael’s first narrative piece – STUTTERER – has just won at the 88th Academy Awards for Best Live Action Short. He has just finished post production on his second short ‘In Sickness’ (Dir. Thomas Eliphilet Edwards) and just completed shooting a spec commercial/short for Nike (Dir. Will Garthwaite). Michael is currently in pre-production for ‘Prevailing Winds’ (Dir. by Adam Butcher), funded by Film London, which will be his third short film. He lives and works in London, UK

Nasia is a certified NLP practitioner and life coach , Time Line Therapy Practitioner and Hypnotherapy Practitioner. She developed a unique programme called «Smoking Cessation Formula» which is a combination between technology and 3 psychological techniques: NEURO-LINGUISTIC PROGRAMING (NLP) , COGNITIVE BEHAVIOURAL THERAPY (CBT) and NEUROSCIENCE. Its target is to help people permanently quit smoking , without using any substitutes such as niccotine gums. This programme has a 85% success percentage and her goal is to make everyone in the audience understand the meaning of addictions and how can we overcome them.

Graphic and web designer, awarded more than once from institutions like Ermis Awards, Gold Young Cyber Lions, and Greek Design Awards. With more than 16 years of experience in various fields of design, he has worked for organisations and companies like United Nations, M-Kopa, Emirates Airline, IKEA, whilst he is currently living in London, working at Tigerspike, as well as working on his personal projects at the same time.

Cinematographer, founder of Jagged Mellon Productions, photographer of Vice Greece among other projects and former member of National Ice-Hockey Team. Also, he is the creator of the mini-documentary “Head in a Vice”, in which Themis describes how he survived of a terrible accident he had injuring his spine, teaching us how vital is to choose creativity over misery during the tough times we all face. 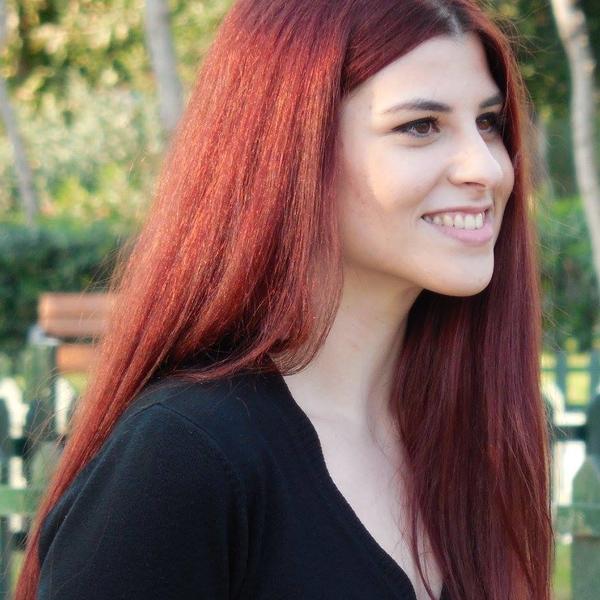