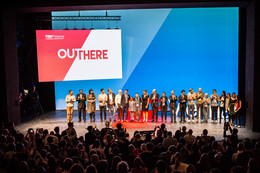 We are explorers.
Always on the hunt for fading glimpses of everything from the vastness of forever-unreachable outer space to the depths of our sometimes misunderstood self. Armed with the hunch that maybe, just maybe, nothing is ever created, only discovered, we insatiably question all in our never-ending pursuit of discovery.

And then to discover, all we need to do is look beyond the ordinary.

We invite you to join us in putting aside conventionalism while delving into ideas that might be way, way out-there. Let’s seriously consider putting ourselves out there and revealing the threats and wonders that have been awaiting us out there all along.

Brendan Eich is the co-founder and CEO of Brave Software, a start-up that aims to transform the online ad ecosystem. Brendan helped launch the award-winning Firefox web browser and invented JavaScript, the Internet's most widely used programming language.

Caitlin Doughty is a licensed mortician and death acceptance advocate. She is founder of the nonprofit The Order of the Good Death, author of the bestselling book Smoke Gets in Your Eyes, and recently opened her first funeral home, Undertaking LA.

Carrie Poppy is a journalist and investigator of fringe science, spirituality, and claims of the paranormal. Together with Ross Blocher, she hosts a comic investigations podcast, “Oh No, Ross and Carrie”.

Dominic Wilcox works between the worlds of art, design, craft and technology to create innovative and thought provoking objects. He has exhibited his work internationally and been commissioned by brands such as BMW MINI, Kelloggs and Paul Smith.

Ann is a molecular biologist at the Broad Institute of MIT and Harvard. She has been working on adapting molecular machinery from microbes for genome editing applications in higher organisms, namely, developing tools to alter our DNA sequences.

Frans von der Dunk, Professor of Space Law at the University of Nebraska-Lincoln and Director of Black Holes Consultancy, is generally recognized as one of the world’s leading space law experts.

Graham Shaw teaches how to draw pictures that make learning memorable in presentations. He is author of ‘The Art of Business Communication’, shortlisted for the ‘CMI Management Book of the Year 2016’ and spoke at TEDx Hull in 2015.

Hannah Davis is a programmer/artist/musician based in New York. She is interested in everything, but at the moment is focused on data sonification, generative music, weird datasets, and possible futures.

Poet and Mathematician Harry Baker has always had a love of language, and his work has taken him around the world and exposed him to many voices and languages used to express those voices. Living in Germany was no different!

Harry Lucas's skills as a mentalist and mindreader have taken him all around the world connecting with people in an extraordinary way. Join him as he taps into your mind and experience how much fun this can be.

Holley Moyes is an Associate Professor in Archaeology at the University of California, Merced. She specializes in the archaeology of religion, and much of her research focuses on ritual cave sites.

Inspired by a friend who suffered a brain injury, 14-year-old inventor Jacob Smilg has captivated the world with the creation of a groundbreaking communication device to help people with disabilities gain their voice.

Snowboarding is everything to Jamie Barrow and It has changed his life. After a serious Injury he was told that he would not be able to snowboard again. He was determined not to let this stop him from doing what he loves, and has since gone on to set many speed records.

Joshua Beckford is an 11-year-old boy with Autism. This makes him special because he experiences the world differently. He has a passion for making the world a better place and believes if we don't save our Planet nothing else that we do is important.

Julia Ebner’s research at the Quilliam Foundation, the world’s first counter-extremism think tank, seeks to find more effective and more sustainable solutions to tackle the worldwide terrorism threat and looks at the connectivity between extremisms.

Katherine Freese's research in theoretical cosmoparticle physics works toward identifying the dark matter and dark energy that permeate the universe and building a successful model for the early universe right after the Big Bang.

Magician Kyle Eschen thinks deeply about psychology of deception. Through a decade of performing he has seen that people possess gaping blind spots, which he will highlight through magic routines with audacious methods.

After building local and regional entrepreneurship ecosystems and supporting startups in over 17 African countries, Marcello has learned that every country offers new surprises and defies prejudices.

Martha Cooper is a documentary photographer who has shot urban art since 1978. Her early photos of NYC subway graffiti are credited by today's street artists as having been instrumental in spreading the movement worldwide.

Ronald Mallett is Research Professor of Physics at the University of Connecticut. Specializing in Einstein's general theory of relativity, he studies black holes and cosmology, and time travel. 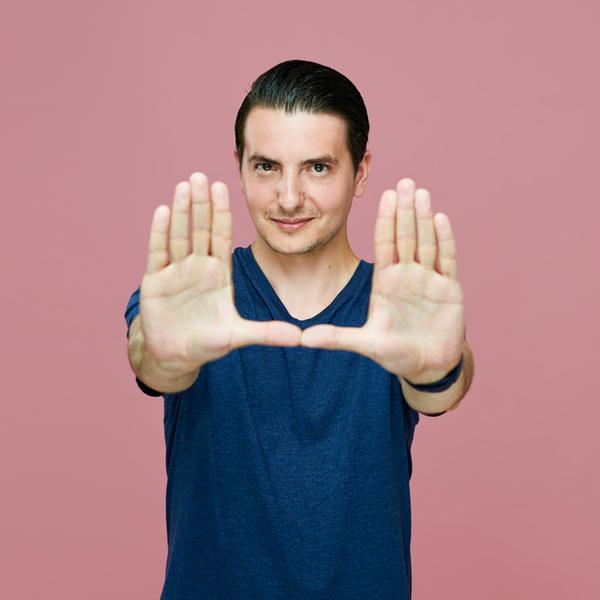