We are all residents of this great land, of mother earth. Stop and take a moment to fixate your eyes upon the vastness that lies on your side of the horizon: the near and the far, the micro and the macro, the central and the peripheral. Even though our field of vision will always be subjected to limitations, even though completely comprehending ourselves and the world around us is but a mere pipe dream, we still persevere in our pursuit of understanding, of rational cognition—a valuable and valiant, if not heroic, effort in its own right.

However, as history has so unfortunately proven, all previous attempts at understanding the “all” have long been shrouded in mists of utter futility. We view the implicit and the explicit; we see the details and the whole; we look ahead and reflect back; but in the end, in our efforts to gain a grasp on what it is to truly know, we are invariably blindsided. The underlying reason for this stems not only from our reliance on media to help us understand our world but also from the cap that said media impose on our ability to discover what lies around us. When we use our own eyes to observe the world, the undercurrent of the times surges beyond our field of vision, fating us to ignorance. When we use media as tools for keeping abreast of the times, all individual expression not part of the public thought process—all cognition not yet part of the public understanding—is received with difficulty or with a certain resistance.

Almost paradoxically, existence in and of itself represents a brutally unstoppable force, one whose growth is never stifled by the limitations of media or of the rational thinkers who employ them. And when something buried beneath the surface finally presents itself, cutting into our field of vision like a hot knife through butter, our natural reaction is one of shock. But that thing had always existed. It had always been developing. It had always held great force—enough to, ultimately, transcend the surface, enough to breach the public sightline, enough to become a topic, a question, a problem. After taking root below the surface and then sprouting thereabove, that thing began to gain prominence, quietly accumulating force while we remained preoccupied with other, trivial matters. But whether we believe it or not, the full impact that thing will inevitably have need not be limited to mere ideas or concepts. Rather, that thing can redefine modern living; it can tear down our current ways of thinking; it can even challenge our long-held ethics and principles.

For most people, the celebrated victory of AlphaGo raised a number of questions, such as that of how artificial intelligence will change our lives in the coming years. But does Google’s AI win represent the natural, inevitable development of science—a cog in the non-braking wheel of history—or is it simply a controllable technology overblown by sensationalism? Artificial intelligence had been progressing as a technology long before AlphaGo made headlines; but it hadn’t attracted nearly as much attention as it receives today. LGBT as an issue has also spurred a great deal of discussion. In fact, we can already see how small-scale events, reading-material circulation, and online forums have made it a hot-button topic in big cities. But in fact, people’s preferences and orientation have always been highly varied; and so if ever we are to achieve respect for all people, regardless of their personal tastes, perhaps each individual ought to be in a category of his or her own. It is only once democracy and freedom become part of the mainstream discourse that people begin to seriously rethink the oppression that those in the minority often face at the hands of those who aren’t.

So too are there certain things that feed off of the creations of the current era—things that despite lacking a strong foundation or deep roots, establish a strong enough foothold to be of significance. For example, cultural industries and the development of information technology have provided an opportunity for various niches of music and underground art to gain followings and flourish. Such formerly small clubs and non-mainstream artists would rely on the internet to build up a following of enthusiasts, gradually attracting a greater audience. The modern-day convenience of communication and information technology has become a prerequisite for promoting and growing from scratch a completely new culture. If such niche groups represent a certain individual freedom of choice, then in the future, each individual may ultimately represent his or her own small group; and such small groups could very well end up constituting the mainstream of tomorrow.

This type of change—from unseen to apparent, from nonexistent to existent, from weak to strong—plays on a constant loop, both centre stage and behind the scenes. And while it is true that many in number are there things in a constant state of change, there will always be a certain few—certain technologies, spheres, individuals, concepts—capable of shocking and mystifying us all by challenging the very essence of what we accept as the status quo. They eclipse our field of vision, opening our eyes to a new era even more stirring than the last.

While perhaps there is no way for us to meet these wondrous changes with adequate response, they nevertheless serve not just as a beacon shining light upon the real issues around us but also as a sure source of enlightenment. As facets of a particular time period transition from hidden to bare, the coordinates of that era are redrawn, ideology re-examined—such is the fated responsibility of every epoch, including that in which we currently live. People, through their own traditions and experiences, are always in search of a sense of security, a sense of definitude. However, the developments of the times, rather than providing us with such oases, always seem instead to banish us to the heart of the desert. We are constantly constructing our own system and framework for both theory and knowledge, constantly noting the shortcomings and problems therewith, and constantly deconstructing them in turn; and from our broken, fragmented desert of values, we rebuild from the ground up a new home for who we are, for who we have become. And this cycle repeats, without end. But make no mistake: All of said construction and deconstruction are not without merit. They form the sketch of every generation’s developmental history, leaving behind a glimmering, important mark in their wake.

Many things in this world of ours are on their last legs, ready give way to something newer and better, yet still disguise themselves as key unfrayed threads of our social fabric. By the same token, there too exist many things still in their nascent, slumbering stages, not yet prepared to take full form or even to enter the sightlines of the public eye. This is both the crux and the great dilemma of the times. The visible and the hidden appear to be in distinct separation when, in reality, they flow freely amid sweeping tides of change, carrying with them their fair share of difficult problems, pleasant surprises, and prices to be paid.

In this very moment, we can feel certain forces brewing, taking shape. From complete silence, they emit their first sounds, waking from their slumber—until the moment they finally break through and stun us all with their eminence and sheer power. Maybe this world needs a few changes, a few breakthroughs, to respond to them. Will you see the next straw in the wind? Will you notice the next telltale sign of sweeping change? The TEDxTHU Spring Conference will strive to uncover the brewing forces of the current age. Come discover the newly born, untapped power lurking just beyond your own l.

闪米特是一位中国探险家。他是中国海洋独木舟探险记录保持者，也是刚刚完成世界首例单人独漂黄河的探险者。他横渡琼州海峡、渤海海峡，环渡海南岛，并越过中国南海岸线，驾一叶扁舟从泰国穿越到柬埔寨，又以单人之力，完成了漂流珠江与黄河的壮举。他还在沿途中做有关人文与环境的调研，有乘风破浪时的勇气和能力，也有孤独旅程中的冥思与淡定。 Semitic the Explorer is a wilderness explorer, the record holder of ocean kayaking in China, and the first man who drifted down the Yellow River all by himself. He has crossed the Qiongzhou Strait and the Bohai Strait, sailed around Hainan Island, drove a small canoe from Thailand to Cambodia, and conquered the Pearl River. He often thinks about the relationship between man and nature. Along the direction of the water, he has experienced the forces of nature directly, and looked for the original powers of humans.

Arnold Lim grew up in the United Kingdom (Scotland), where he read philosophy and politics as an undergraduate student at the University of Glasgow. Subsequently, he has also spent a year studying at the University of California Los Angeles, holds a Masters degree in political theory from the London School of Economics, a diploma in modern literature from the University of Edinburgh, and a Cambridge Certificate in English Language Teaching for Adults. Before coming to Beijing, Arnold taught English to university students in Nanjing and Wuhan. He now teaches courses in western literature and philosophy at Tsinghua University. His peer reviewed publications include works ranging from literary theory to United States foreign policy. Arnold成长于苏格兰，曾在格拉斯哥大学攻读哲学和政治学，曾在加州大学洛杉矶分校、伦敦政治经济学院、爱丁堡大学等学习或获得证书。他目前在清华大学讲授西方文学与哲学，并在清华大学写作指导中心指导博士学生。他发表过若干同行评审的期刊文章，内容包括文学理论和美国外交政策。对他而言，文学是一种让哲学落地生根的艺术媒介。游走在希腊先哲的思想、西方文学作品背后的思想和社会现实，以及现代人的生存状态之间，他在对照和反思中试图探索出一条现代人的自我精神救赎之路。

Carl是大跃啤酒的创始人之一。他在美国俄亥俄州的克里夫兰出生、长大，在2004年来到中国并迅速迷上了这个国家。在IT行业体验了几年每天工作17小时的经历后，高泰山决定要做更有创意，更具挑战性，且他认为真正有意义的事——和太太刘芳在2010年10月创办了大跃啤酒，并一直担任首席酿酒师与CEO。如今，大跃啤酒有三家门店，每年酿造超过60款中国精酿啤酒。高泰山是中国精酿啤酒协会的创始人之一，也是柏林发酵生物技术研究所的科技委员会成员。 He is the cofounder of Great Leap Brewing, one of the originators of China Craft Beer Association, and a member of the Technical Scientific Committee of the Institute for Fermentation and Biotechnology, Berlin (VLB Berlin). Grown up in Cleveland, Ohio, he came to China in 2004, and was fascinated in this country soon afterwards. To this date, Great Leap Brewing has opened three stores, providing high quality brew for the lovers of craft beer in China.

高畅毕业于清华大学美术学院，目前工作于中央美术学院中国公共艺术研究中心，担任研究员职务。同时，她已获得英国皇家艺术学院博士有条件录取席位和牛津大学实验心理学系交叉辅导资格。她研究“超个人刺激与艺术体验”，讨论艺术与大众的关系，研究如何使得公共艺术可以超越民族、文化、性别、甚至个体经验的差异，打破当代艺术对于大众的距离，建立艺术与大众的关系，引起大众的共鸣。 Gao Chang graduated from the department of Sculpture at the Academy of Arts and Design, Tsinghua University. Currently she works at the Public Art Research Center of China - China Central Academy of Fine Arts. Chang is participating in several projects. Through her works, the audience can reflect upon themselves, and adjust the way they face their life.

贾坤是北京林业大学心理发展与咨询中心专职老师，接受过美国麻省大学医学院正念中心的正念减压疗法（MBSR）和牛津大学正念中心的正念认知疗法（MBCT）专业训练，目前在MBSR的师资培养和认证进阶中。贾坤多次以志愿者的身份带队赴北京市监狱管理局清河分局，义务为其中的服刑人员进行心理疏导。他利用自身掌握的心理学专业知识和技能，帮助他们慢慢走出内心阴霾，实现自我的蜕变和提升。 Jia Kun is a teacher at the Psychological Development and Counselling Center of Beijing Forestry University. He has received professional MBSR training from The Center for Mindfulness at University of Massachusetts and also MBCT training from the Oxford Mindfulness Centre. He is now studying for further certification of MBSR. Jia has led numerous teams of volunteers to the Qinghe Office of Beijing Municipal Administration of Prisons, providing psychological counseling for inmates.

JOJO（乔伊娜）是指人儿乐队的主唱兼吉他手,同时就职于北京天文馆，从事英、日语翻译和穹幕科普影片制作的工作。毕业于外交学院的她曾是众人眼中的乖乖女，一帆风顺地走着好学生的路线。然而，与摇滚乐的邂逅却让她在身边的同学纷纷依循轨迹成为外交官的时候，特立独行地选择投身摇滚圈，成为一位“异类”的音乐人。指人儿乐队始终保持着独立，用最真实的声音感染越来越多的人。 She is the lead singer and guitar player of Finger Family. She also works at Beijing Planetarium, doing translations and IMAX Dome filmmaking. She was the good girl in people’s eyes. The encounter with rock music has woken her up, making her a unique rock singer, while people around her have chosen to be diplomats, following the expected paths. Since the band’s formation, she has been spreading rock music and dispelling peoples’ prejudice against it. She sings for freedom and for dreams, with passion and with devotion, voicing out her truest self with all her might.

周子书是一位社会设计师，他把地下室改造为一个社会生态圈，连接地下居民和地上居民，使得23-30岁住在北京防空洞里的新生代农民工、房东、当代社区、民防局和社会企业等相关利益者各安其所，实现社会理论家大卫·哈维提出的“空间正义”。 As a Social Designer, Zhou Zishu manages to transform the basement into a Social Ecosphere which connects the residents from above with those living underground. With an aim to achieve the “Spatial Justice” proposed by David Harvey, his project helps bring forth the win-win situation among the young migrant workers aged between 23 to 30 who live in the air-raid shelters in Beijing, landlords, modern community, Civil Defense Bureau, social enterprises and other relevant stakeholders. 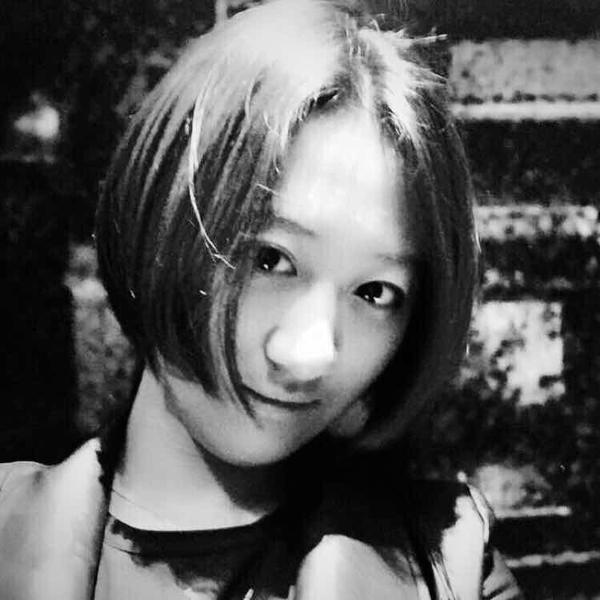