TEDxNorthwesternU 2016: Beyond Boundaries.
Because no great breakthrough has ever happened inside the box.

TEDxNothwesternU 2016: Beyond Boundaries is all about the creativity and ingenuity that drives innovation at Northwestern and around the world. Explore what it means to invent the next big thing, surpass great expectations, unite the divided, and shatter limitations.

Anna Bethune is a 3rd year PhD student in the School of Education and Social Policy. She enjoys discussing and thinking about the systemic problems faced by developing countries, like Jamaica, and the ways in which education and technology further social inclusion and development. Brave Initiatives offers a 5 day camp that teaches coding, design-thinking, public speaking and leadership. She received a BA in economics from Stanford University and previously worked as an economics researcher and as a program coordinator at a start-up in Silicon Valley.

Carl Rodriguez is a Ph.D. candidate in the Department of Physics and Astronomy at Northwestern University. His research focuses on how dense star clusters act like factories for black holes, crashing them into each other with phenomenal energy. Originally from Shreveport, Louisiana, Carl earned his B.A. in Physics from Reed College in Portland, Oregon, before starting his Ph.D. at Northwestern. He is a recipient of a Graduate Research Fellowship from the National Science Foundation, and will be joining MIT next year as a Pappalardo Fellow in Physics. When not working on black holes, Carl can be found either climbing or backpacking through the wilderness.

Daniel Anthony Ivankovich MD is an American orthopedic surgeon, humanitarian, media personality and blues musician from Chicago, Illinois where he is known for his advocacy on behalf of the inner city's under-served. He is medical director and co-founder of OnePatient - Global Health Initiative, a Chicago based non-profit foundation created “to treat patients…who have musculoskeletal health disorders, regardless of their ability to pay.” Ivankovich attended Northwestern University, received his doctor of medicine from Northwestern University’s Feinberg School of Medicine, and postgraduate training at Rush University Medical Center. Dr. Dan was named NASW's Citizen of the Year for Chicago & Illinois in 2010, Chicago Magazine named him Chicagoan of the Year in 2011. In 2013 he received the Dana and Christopher Reeve Foundation's Inspiration Award and in 2015 he was named a CNN Hero and finalist for CNN “Hero of The Year.”

Eureka Foong is a Ph.D. student in Technology and Social Behavior, a joint program in computer science and communication at Northwestern University. She received her B.A. degree in psychology and media studies from Linfield College in Oregon. Prior to joining Northwestern, Eureka led user research at Piktochart, an online infographic tool for non-designers. She currently studies how people collaboratively solve problems at civic hackathons, events where experts in technology, data science, design and community issues rapidly create solutions to social problems. When not engaged in research, Eureka can be found contemplating the taste of home cooked Malaysian food.

Heba is an Associate at The Boston Consulting Group and a World Economic Forum Global Shaper. Her passion lies in using the intersection of the private and public sector to solve our world's biggest problems. In particular she has a passion for digital innovation, efficiency, and operations. Her study of the coordination of public and private sectors extends to the US, Latin America, and Africa. In her free time Heba enjoys learning about new social entrepreneurship ventures and trying new cuisines.

Janesh Rahlan is a 2014 Northwestern University graduate in Economics and Political Science. Immediately after graduation he spent a year in Turkey as a Fulbright Scholar and now works in Strategy and Analytics at LinkedIn. When not at work, he can be found reading about economic inequality and international affairs, or spending an inordinate amount of time trying to dissect rap lyrics and come up with what he thinks are witty one-liners.

Jay Rehak is an English instructor at Whitney M. Young Magnet High School where he teaches sophomore Honors English Literature, as well as Senior Honors Broadcast and Print Journalism. His students produce a weekly television show, a bi-monthly newspaper and two to four novels each year. A teacher for the past thirty years, Jay has written and published nine novels with his students in the past three years. The “father” of class-sourced novels, Jay focuses his TedX talk on this exciting new genre of literature.

Kori Alston is a sophomore theatre major and Spanish minor with a concentration in playwriting at Northwestern. He was born and raised in the Berkshires but attended an arts high school in Boston where theatre became an integral part of his life. His play, The Alexander Litany, was featured in the Vertigo Productions Winter Reading Series in January and his ten-minute play, Poplar and Rope, was featured as a part of Vertigo’s Ten Minute Play Festival. He has played Mika in a Wirtz Center production of Ike Holter’s Hit the Wall and can be seen as Ferdinand in the Wirtz Center’s upcoming production of The Tempest. He considers himself a student of hip-hop and aims to incorporate hip-hop/rap styles and forms in his work.

Monica Laronda, Ph.D. is a postdoctoral research fellow in the Department of Obstetrics and Gynecology at the Feinberg School of Medicine, Northwestern University. Monica collaborates with materials scientists and engineers to advance beyond the boundaries of single scaffold layers with single cell types to complex organs with multiple compartments and several unique cells working synchronously to orchestrate organ function. Monica uses intelligently designed bioactive scaffolds and stem cells toward developing personalized ovary replacements. Monica received her Ph.D. from the Integrated Graduate Program at Northwestern University and was recently awarded the Burroughs Wellcome Fund Career Award at the Scientific Interface that will fund her transition into independent academic research.

Since 2011, Dr. Kelleher has served as the director of the Proteomics Center of Excellence at Northwestern University, where dozens of Northwestern laboratories are supported and beyond state-of-the-art in Top Down proteomics is developed. Dr. Kelleher was elected Treasurer of the American Society for Mass Spectrometry in 2012 and established the Consortium for Top Down Proteomics that same year With more than 200 papers published over the course of his career and teaching duties in two departments, Dr. Kelleher is a trans-disciplinary investigator with visible streaks of international impact in mass spectrometry-based proteomics and the discovery of new natural products from the microbial world. Validation of protein-based biomarkers in organ transplantation and cancers of the blood are among the focused areas currently being pursued in clinical research at Northwestern.

Sean Oliver is a senior at Northwestern University double-majoring in the fields of Economics and Communication studies, with a career focus on business. Before signing with the consulting firm Oliver Wyman, Sean was a speech and debate coach at Evanston Township High School as well as a competitive debater during his high school years in Plano, Texas, earning top speaker of Public Forum Debate at the 2012 Harvard National Forensics Tournament. He is also a former Northwestern football player and is currently involved in rugby, boxing and Northwestern’s business fraternity, Alpha Kappa Psi. 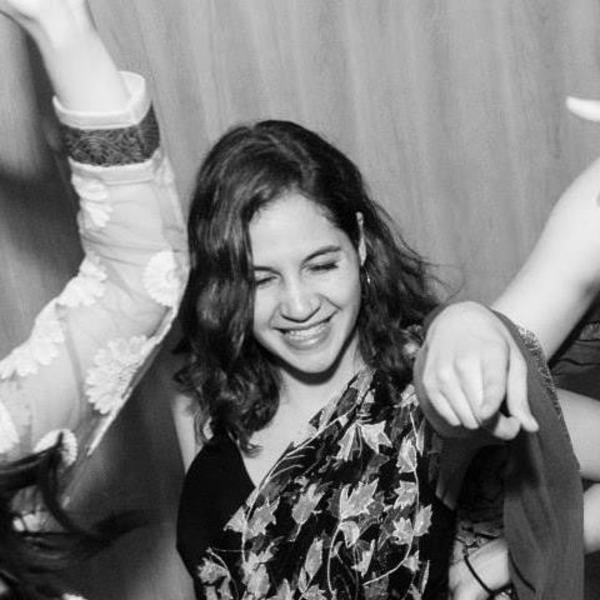