In Sight: Expanding perspective and paradigm is much like discovering the room around you that has been pitch black until you lit a candle. As we wander through life, we see new narratives. And with each new visualization, the candle glows brighter. We begin to notice the walls, the furniture, the floor, the art, the high ceilings, and the dark corners. There are moments when the candle flickers so bright that even new areas can be noticed, even if for a fleeting moment.

What happens when light is shed on part of the room that causes a complete shift in what you knew about it? With illumination comes perspective, comes reality, comes the base of all your decisions, and comes the foundation for our shared future.

TEDxMinneapolis 2016 hosts speakers that have devoted their life’s work on the platform of visibility to make grand impact. We believe that sight manifests itself in art, design, innovation, technology, and the deeper parts of the Minneapolis story, and we’ll work to tell not only the broader and worldly impact of having sight, but also the personal impact, too.

Dr. Martinez is the Co-founder and Director of Research Programs at the Center for Earth, Energy and Democracy, where she works in collaboration with communities, policy makers and researchers to provide education and analysis on energy, environment, and development issues so that all members of society may effectively participate in public decision making. She has authored numerous publications, serves as a leader on the Environmental Justice and Science Initiative and has been appointed to several boards including the federal Environmental Protection Agency’s National Advisory Committee. Most recently, she was recognized as a White House Champion of Change for Climate and Equity. Dr. Martinez is joined on the TEDxMinneapolis stage by Chitra Vairaven. Chitra is a contemporary Indian dancer and choreographer of Tamil/South Indian-American descent.

Enticing Entertainment opened up in 2015 with one core idea: to engage, entice, innovate, and produce fresh experiences through stunning and unexpected performances. They are a production house creating experiences that push the barriers on entertainment, utilizing the skills of the best performers in everything from acrobatics and stilt walking to snake charming and magic. Learn more at EnticingEntertainment.com

The Theater of Public Policy is Minnesota’s favorite (and coincidentally only) civics-inspired improv comedy company. The troupe uses unscripted comedy to bring hard “thinky” issues to life. Since 2011, the cast has tackled everything from healthcare policy to education, the Farm Bill to national politics. Each show is different, but each promises audiences learning disguised as entertainment. Learn more and see some videos of past performances at www.T2P2.net. Follow them on Twitter at @T2_P2.

Amelia Franck Meyer is the founder and CEO of Alia: Innovations for people and systems impacted by childhood trauma. Alia provides deep-dive systemic interventions, training, consultation, demonstration projects, and leadership coaching to transform child welfare. Amelia’s work has inspired a movement across the country and internationally to radically rebuild our child welfare system into one where all people - youth and their caregivers - can thrive. Amelia has received numerous awards and honors, most recently receiving prestigious fellowships from the Bush Foundation and Ashoka USA, and being honored with the Twin Cities Business Journal’s Eureka! Innovation Award.

Andrea Jenkins, educator, poet, artist, and activist, works as the Oral Historian for Transgender Oral History Project for the University of Minnesota. She is the author of three books of poetry, including her latest title, “The T is Not Silent: New and Selected”, Purple Lioness Productions, 2015. Fellowships and awards include: a Bush Fellowship, the Many Voices Fellowship at the Playwrights’ Center, The Cultural Community Leadership Institute Fellowship through Intermedia Arts and a Givens Foundation Fellowship for Black Writers. Her work has been collected in several anthologies including “A Good Time for the Truth: Race in Minnesota” MHSP, 2016, and “Blues Vision: African American Writing in Minnesota,” MHSP, 2016. In 2015, Andrea was named Grand Marshall of the Twin Cities Pride Parade.

Bill Lindeke, Ph.D., is an urban geographer and writer who focuses on how our environments shape our lives. He has been blogging about sidewalks and cities since 2005. Bill has taught at the University of Minnesota and Metro State University, blogs at Twin City Sidewalks and streets.mn, and is a member of the Saint Paul Planning Commission.

Dr. Desineni Subbaram Naidu, a professor and the Minnesota Power Jack Rowe Chair in electrical engineering at the University of Minnesota Duluth, is creating an affordable five-finger prosthetic hand that can do almost anything a human hand can do. He has conducted research and lectured across the globe, and has authored more than 220 publications. Dr. Naidu is a Life Fellow of the Institute of Electrical and Electronics Engineers (IEEE), and has received the National Academy of Sciences Senior Research Associate Award twice to conduct independent research with NASA Langley Research Center and US Air Force Research Lab and has been honored by Idaho State University with Outstanding and Distinguished Researcher awards.

Dr. Jadin Jackson is a neuroscientist with Medtronic specializing in clinical and pre-clinical neurophysiological data analysis and big-data analytics. In their current project, Dr. Jackson and his colleagues are working to revolutionize the way care providers learn about and treat neurological disorders like epilepsy, parkinson’s, and more. Dr. Jackson has published multiple peer reviewed research articles and has been the recipient of numerous honors and awards, including the Faculty Partnership Grant, Blended Course Design and Assessment Grants, and Collaborative Inquiry Grant Mentor from the University of St. Thomas.

Dr. Keith Mayes is an Associate Professor of African American & African Studies at the University of Minnesota and the College of Liberal Arts’ Arthur “Red” Motley Exemplary Teacher. Holding a Ph.D. in History from Princeton University, his professional interests include the Civil Rights and Black Power Movement; education policy and history; black holiday traditions; and racial equity and critical ethnic studies pedagogy. Dr. Mayes authored the book Kwanzaa: Black Power and the Making of the African American Holiday Tradition and is currently working on The Unteachables: Civil Rights, Disability Rights and the Origins of Black Special Education. Dr. Mayes also established the Mayes Educational Group and Black Curriculum and Cultural Innovations, LLC.

“Curiosity is the architect of my creative house.” As a multidisciplinary creative, Romeny Chan builds narratives and develops strategy in the small business landscape - helping entrepreneurs develop business acumen and embody magical thinking. Extracurricular activities include writing, painting, and helping to rethink and shape the dimensions of inequality, starting with her son. 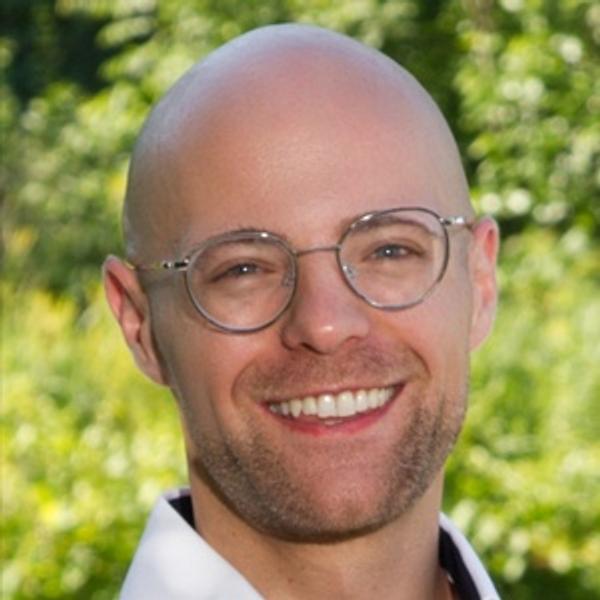