Theme: The Economics of Empathy 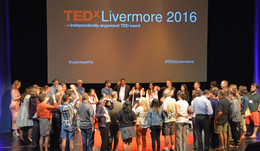 At home and abroad, our world appears increasingly divided. Financial inequality, global and domestic terrorism, mass migration of displaced people, escalating racial tensions, and an increasingly partisan and incendiary political environment are just some of the challenges we are facing. If ever there was a time for empathy, it is now.
But what is empathy, and why is it useful? The Greater Good Science Center has defined empathy as “the ability to sense other people’s emotions, coupled with the ability to imagine what someone else might be thinking or feeling.” In order to work constructively and collaboratively toward solving large-scale problems, we must first commit ourselves to understanding the human impacts they are creating. This is why the TEDxLivermore team has chosen the Economics of Empathy as the theme for its 2016 meeting, to provide a platform for our community to explore the role of empathy as a currency for building community.
So be ready for the moment. Listen…ponder... and dig deep as you hear from speakers who are helping women in refugee camps become entrepreneurs; empowering low-income kids to achieve their educational dreams; and matching skill with need while building a culture of equity for startups, just to name a few. These individuals all use empathy to create a path to success by first understanding the true nature of the challenge they are addressing and how that relates back to a specific human need.
Welcome to the conversation….

Alexandra Ivanovitch has recently launched a social impact start-up to leverage the potential of disruptive technologies to tackle societal issues, and more precisely to develop virtual reality apps in the context of restorative justice and the fight against radicalism. She holds a PhD in Comparative Literature from the Université Paris-Sorbonne, where she also was a postdoctoral researcher in Digital Humanities. Alexandra is one of the XPrize visioneers, created by Gene Roddenberry (www.xprize.org/visioneers/the-roddenberry-worldview). Her collaborative project, along with those of over a dozen teams of other ‘visioneers,’ have targeted Oct 2016 to launch a call to action for use of exponential technology to solve humanity’s grandest challenges: the development of empathy, celebration of diversity and the deep need for interconnectedness.

Bay Area native Alexandra Kautz has worked with refugees in Jordan, Northern Africa, Switzerland and California. Striving to see the world through the eyes of those who have lost so much, she believes great things can come from empathizing with the hurts, needs, and dreams of others. Using her skills as a hairdresser she has built relationships with Sudanese refugees, training and equipping them with the goal of self- sufficiency. Throughout her travels, Alexandra has grown to learn that by loving others we can achieve great strides in making the world a better place.

Colin Vincent is a web application developer, serial entrepreneur, documentary photographer and start-up champion. He is Founder of MojoPics and co-founder of mojo9.com and the Equity Directory. Equity Directory connects people with aligned visions and shared passion, based on an equity/work exchange. Many start-ups that find early success in product development run out of capital before finding their true market niche. This leaves many of the most inventive, successful products offerings in the forgotten land of failed startups. Colin set out to solve that problem.

Edward is the Johnson Professor of Law and Business at the University of Southern California's Gould School of Law, and is a former Chief of Staff of Congress’s nonpartisan tax resource, the Joint Committee on Taxation. Kleinbard’s scholarship focuses on political economy and business taxation. His book, We Are Better Than This: How Government Should Spend Our Money, analyzes contemporary U.S. fiscal policy through the prisms of public finance economics, technical tax and budget rules, and moral and political philosophy.

Founding CEO of Hacker Lab and Code For Hood, Gina is a Social Entrepreneur. She focuses on community, business, regional, and economic development at Hacker Lab. In addition to her entrepreneurial projects, Gina has worked as a consultant with economic development in rural Tuolumne County to assess the region’s innovative community and resources. She also works to solve community problems such as bringing affordable ultra high-speed broadband to the region, and contributes to workforce development efforts by working alongside local government and organizations. Her newest endeavor, Code For Hood, is a nonprofit aimed at educating disadvantaged youth by way of hackathons and STEM related workshops.

Grupo Folklórico Tlapalli is a Mexican folk dance group. The group is dedicated to teaching Mexican dance and culture and is made up of two groups, one in Hayward, CA and the other in Livermore, CA. The dancers come in all shapes, sizes, cultures, and ages. This adventure is a family affair - Jose Samoza, the main instructor, has enlisted his parents, sister, aunts, uncles, wife and children to help with the practices and performances.

Isabella is a student activist and digital storyteller. She leads dialogues and efforts concerning diversity, equity, and inclusion both on her college campus and online. Isabella seeks her BA in English Literature and Women's Studies at Pepperdine University in Malibu, CA. She serves as a class senator for her student government and interns for her campus Intercultural Affairs Office. Isabella is Bay Area-based - in high school, she interned for Oakland's Youth Radio, where she reported on issues pertinent to progressive-minded youth.

Jeanie is the Chair of Good News Bears which was founded in 1996 with the mission to provide teddy bears to hurt, traumatized, or abused children as well as adults. Jeanie’s non-profit distributes "stuffed love" - teddy bears and other stuffed critters to children and adults suffering illness, loss, trauma, or loneliness. They average over 14,000 giftings per year to shelters, emergency personnel, hospitals, hospice, and more. Their animals travel around the world to comfort those in need.

Jeff is director/writer of his personal story Save Me Mine. Jeff was born with Down Syndrome. He enrolled in the Livermore Film and Media Workshop, run by Futures Explored and Inclusion Films, to fulfill his greatest ambition, becoming a director. And with the support of his instructors, mentors and classmates he’s now able to live out that dream with this film. Jeff is truly an inspiration, through his warm personality, openness and through the perseverance of everything he’s overcome. He has also worked as a writer, grip, editor, sound mixer and in other crew jobs on a variety of films in the workshop and on paid projects for Futures Films. Jeff also became the mascot for the other speakers during TEDxLivermore, standing in the wings to support others whose nerves were running as wildly as his own.

Jennie is a graduate from Las Positas College and will be transferring to Chico State this fall to pursue communications in addition to continuing with speech. As a first-year speaker with the National Communications Association, Jennie has competed not only statewide, but internationally in Vienna, Austria, where she won international champion in prose interpretation speaking. When she is not talking up a storm, Jennie enjoys her days off by traveling and spending time with her friends and family.

After a 30-year career in banking, Jim is now an English teacher at Las Positas College in Livermore, CA. His love of education prompted him to serve as an elected school board trustee and to earn his doctorate in Educational Leadership from Saint Mary's College. Jim’s dissertation is associated with two semester-long studies he conducted with student veterans about the benefits of writing about military experience. For many years he wrote a human interest column for the Bay Area News Group, and continues to blog in his free time.

Keven has 17 years of experience in the construction industry with multiple positions held from carpenter through Founder. Prior to founding True North Services, Inc. and becoming Co-Founder for the HOS Business Center, he was involved with several aspects of the construction and business process for hundreds of projects. Mr. Hempel has built trusting and long-standing relationships with his clients and is constantly researching mindfulness and the emotional connection with future product development, as well as what, and how, technology is to be used in our ever-changing world.

Kris Billeter earned her BA and MA degrees in Political Science and Organizational Behavior and has worked for Wells Fargo, Nikko Investment Advisors and Hewlett Packard. In 1997, she started her own consulting firm (Kristine Billeter & Associates). In the early 2000's, Kris took a sabbatical to move to Thailand to expand her training and teaching of scuba diving, following a life-long passion for the ocean world. In 2015 she was elected to the Coral Reef Alliance, advising the set-up of both shark and reef conservation efforts. The combination of work in hands-on prison programs, and in the expansive biological world, demonstrates a compassion for both the inner world that impacts individuals, and the outer world, that we impact collectively.

Lindsay serves as the Bay Area Executive Director for Summer Search, a national college success organization partnering with low income students to facilitate their college-bound pathways. A global explorer and former teacher, Lindsay earned her B.A. from Cornell University, and her M.A. from the School of International Service at American University.

As co-founder of Quantellia, Dr. Lorien Pratt co-created the decision intelligence methodology and the company’s award-winning World Modeler™ software. She consults and speaks worldwide, and is known for her neural network research and the book Learning to Learn. A former college professor, Pratt is widely known as the former global director of telecommunications research for Stratecast, a division of Frost & Sullivan. A graduate of Dartmouth College and Rutgers University, Pratt holds three degrees in computer science. She received the CAREER award from the National Science Foundation, an innovation award from Microsoft, and is author of dozens of technical papers and articles.

Snigdha is a social justice advocate, community leader, and aspiring physician. She is a Coca Cola Scholar and Elks Scholar. The non-profit she founded, Science For Future, has enabled high schoolers to teach science classes to 600 low-income elementary students throughout California. She has also led the construction of a Medical Mobile Unit for displaced and homeless individuals in San Diego. Snigdha plans to continue empowering others through education and improved health as a first year student in the combined BA/MD program at Rice University and Baylor College of Medicine this fall.

T.W.F is a power trio that plays original compositions and puts their own spin on classic and popular songs. The band line up is: Lucas Sanchez (Guitar, Vocals), Carlos Ventura (Drums, Vocals), and Britton Daniels (Bass Guitar). The three met in high school jazz band and ended up forming their own trio in the summer of 2013. Since then they have been playing all around the Bay Area hoping to spread and share their music everywhere. 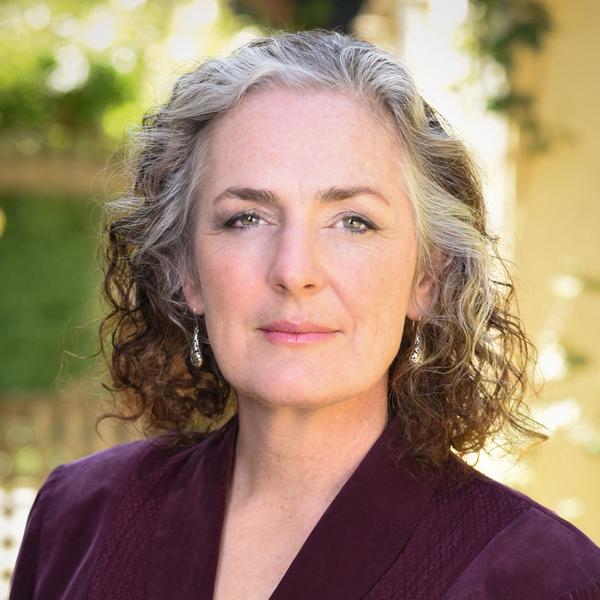 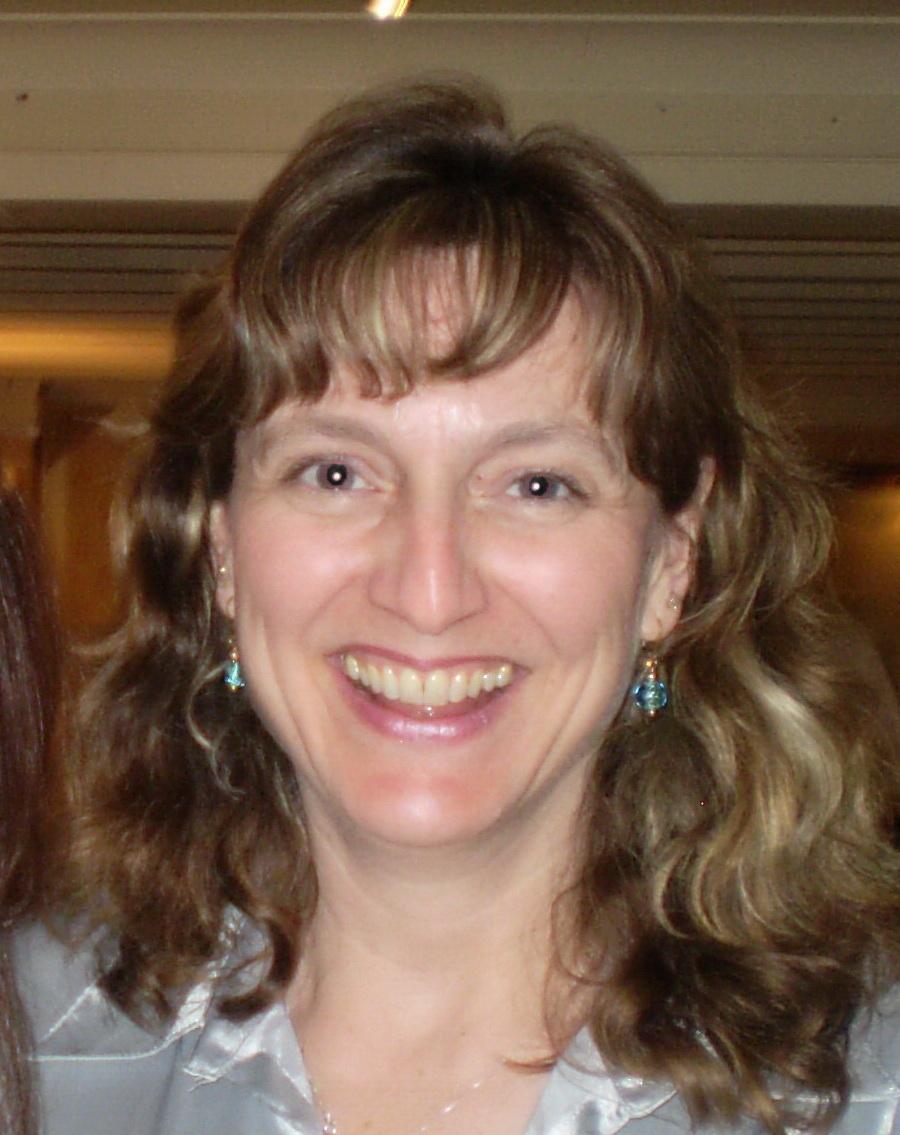