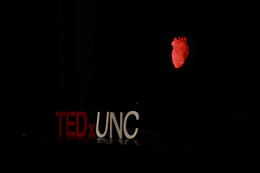 On Feb. 27, 2016, TEDxUNC hosted its fourth annual conference, In this conference, ours speakers explored the human body through interdisciplinary perspectives, including art, athletics and science.

Cirque de Vol is a circus arts studio located in Raleigh, North Carolina. It specializes in professional instruction in aerial dance, acrobatics, yoga, and the flow arts of traditional cirque theatre. These arts inspire personal fitness for the whole body, mind, and spirit. They also create opportunities for empowerment and mental clarity.

Que Rico is UNC's Premiere Latin Dance team. They are a group of passionate dancers who perform and teach a variety of Latino styles. Through these styles, Que Rico is able to share their diverse culture.

Kyle Krieger, a Virginia native now living in New York City, is a successful hairstylist, as well as an Instagram and YouTube influence with a massive online following. He has over 400,000 followers on Instagram alone. A former addict, Krieger uses his online influence to spread positivity and inspiration.

Ali Rudel is the owner of East Durham Pie Company, where she makes pies with fresh, seasonal and sustainably-sourced ingredients. Before that, she spent several years working in the food, agriculture and sustainability fields in both Brooklyn and the Triangle.

Ariana Page Russell makes art with her skin condition, dermatographia, and uses it as a means of inspiration, connectivity, and purpose. She is an internationally exhibited artist and has shown recently at the Royal Hibernian Academy in Dublin, the Luminato Festival in Toronto, and Magnan Metz in New York City. Russell is also a creativity coach and founder of the Skintome movement. More information can be found at: www.skintome.com.

In their podcast, they interview men they've slept with, talk to titans of the sex industry, discuss sexual taboos, and create a sex-positive environment for their over half a million listeners worldwide. Their podcast has been featured in The Daily Beast, The Huffington Post, Shape Magazine, The Daily Dot, Elle Magazine, Salon, Glamour and Last Call with Carson Daly.

David J. Linden, Ph.D., is a Professor of Neuroscience at the Johns Hopkins University School of Medicine. His laboratory has worked for many years on the cellular substrates of memory storage, and recovery of function after brain injury, among other topcs. He has a longstanding interest in scientific communication, and served for many years as the Chief Editor of the Journal of Neurophysiology. He is the author of three best-selling books on the biology of behavior for a general audience, The Accidental Mind (2007) and The Compass of Pleasure (2011) which, to date, have been translated into 19 languages. His most recent book, Touch: The Science of Hand, Heart and Mind (2015) was recently published by Viking Press (USA/Canada).

Hans Florine is a speed climber, professional speaker, author, and thought leader in speed and efficiency. Hans has repeatedly set and broken one of the most coveted speed records in the world, including the Nose of El Capitan, a 2,900-foot monolith in Yosemite Valley. In 2012, Hans, alongside climbing partner Alex Honnold, took the record again in 2 hours and 23 minutes, lowering the previous record by a full 13 minutes.

Jeff Powell is a recent graduate of the Biomedical Engineering program at UNC. As an undergraduate at UNC, Jeff started The Helping Hand Project, a volunteer group which makes affordable prosthetic hands that are donated to children with limb differences. Jeff currently works at Transenterix in RTP, advancing robotic laparoscopic surgery.

Kim Lan Grout is a writer, photographer, and entrepreneur in Durham, North Carolina, as well as the director of the Redefining Disabled Project. After electing to have her leg amputated at the age of 18 after a very painful journey with Klippel-Trenaunay-Weber Syndrome, she decided to redefine what it means to have a disability. Having a disability hasn’t held her back from anything, including traveling the world, raising her two toddler daughters, and practicing yoga. She channels much of her energy into highlighting multiple dimensions of disabilities and showing that they can be a source of love, tolerance, patience, and determination.

Krystyna Hutchinson and Corinne Fisher form the comedy duo, Sorry About Last Night. Hutchinson and Fisher are stand-up comedians from NYC and they are the creators and co-hosts of iTunes #1 Comedy Podcast “Guys We F****d: The Anti-Slut Shaming Podcast.”

Madrid K. Danner-Smith is the co-Founder of Success Or Death Apparel, a graphic designer, a spoken word poet, and a motivational speaker from the city of Newark, NJ. Currently a sophomore at UNC, Danner-Smith strives to be a positive influence in the lives of all people.

Naomi Roochnik graduated from Barnard College in 2012 with a degree in English. From 2012-2014, she coached students in Transcendental Meditation (TM) at Burton High School in San Francisco, and now works as a TM guide at New Village Girls Academy in Los Angeles. Her other interests include long distance running, singing, and creative writing.

Omar H. Ali is a historian of the African Diaspora who is of East Indian and Peruvian descent. He is Interim Dean of Lloyd International Honors College at The University of North Carolina at Greensboro, and was recently awarded the 2016 Carnegie Foundation North Carolina Professor of the Year. A graduate of the London School of Economics, he received his Ph.D. in History from Columbia University. His latest book, Malik Ambar: Power and Slavery across the Indian Ocean explores 'race' as a function of power.

Sarah McShane is a senior biology and chemistry major from Northern Virginia. She has found many passions in her undergraduate career, including teaching, biology research, competitive running, and serving others.

Stephanie Guerrero is currently a student at the New Village Girls Academy in Los Angeles. Her interests include transcendental meditation, art, biking, and the outdoors. Her artwork has been featured in public galleries and has even been commissioned and sold. In the past two years, she has interned at Street Poets and Belmont Art Space. 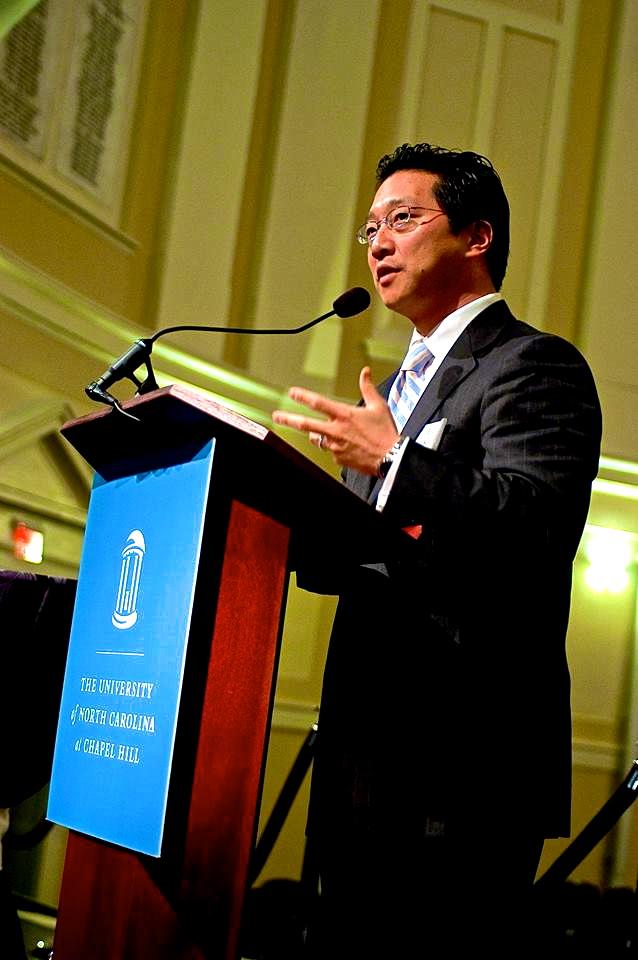