We are thrilled to announce that our first conference will take place on 4th February 2017 in Menton, France. Our theme for this year's conference is #DaretoKnow. It will showcase a whole new world of ideas and experiences.

During the last few years, we have witnessed an increasing divide between Europe and the Middle East, both culturally and historically rich regions. We challenge you to know the truth and the facts, instead of fostering the divide.
​
The conference itself will be held in three languages, English, French, and Arabic, highlighting the composition of both regions and that of our campus. Live-translation will be provided for each language.
​
Join us on our journey to share ideas with the world, and get your ticket now!

Born and raised in Izmir, Turkey, Berfin is an energetic young lady. Even if she was raised in the West, she has never forgotten where she comes from and how she got there. Standing on her feet strong and dedicated, Berfin is studying in the Middle Eastern Campus of Sciences Po Paris and wants to make a difference. Always on stage raising her voice and keeping her head held up high, she wants to pursue a career in the Middle East. She believes that history is not only past but also the present. And the past is “perfect” not “tense”. Coming from a family of politicians, she is determined to show the world what an ordinary Kurdish-Turkish girl is capable of.

Originally from a small village in the south of Germany, Clemens came to Sciences Po Paris, Campus de Menton, to study International Law, Economics and Middle Eastern studies. In his free time he travels around the world and studies languages, as he finds them to be the key for intercultural exchange und understanding. His academic portfolio allowed him to look into things from a multidimensional perspective, which at times leads him to conclusions that he struggles to find in the text-books. Such a conclusion was the basis for his talk he will give at TEDxSciencesPoCM.

Originally from Boston, Massachusetts, Crystal’s academic career took her first to Canada and then to France, where she is currently pursuing research in the fields of political science and philosophy. A professor at the Middle East-Mediterranean campus of Sciences Po Paris as well as at the University of Nice - Sophia Antipolis and the Skema Business School, she draws great inspiration from her students, who enrich classroom discussions with their diverse origins, interests, and perspectives. It is not uncommon for Crystal to bridge the gap between contemporary ethics and politics and ancient philosophy in her publications and course lectures.

Most of us dream about traveling. But many of us believe we can't because of lack of money. Edouard, 24, has travelled in Eastern Europe for 21 days without spending a single cent. One day he just emptied his wallet and hit the road. Crossing 5 different countries, he learned during this incredible adventure 4 lessons we can all apply in our daily lives.

Haytham is a Syrian from Derra born in 1996. Witness and participant in the Syrian revolution from the outset, on March 18, 2011, in Derra and this until 2012, he is the son of a former opponent of the Assad regime. Haytham left Syria in 2012 for France after several threats from the Syrian regime toward him and his family. He learned the French language, broke the language barrier, and obtained his French scientific baccalauréat in 2015. Co-author of a comic strip "Haytham a Syrian youth" in which he tells of his life, the life of his family, and that of his entourage since his childhood, Haytham is marked by his witnessing of the beginning of the Syrian revolution, and by his integration and his life in France.

Political Scientist and Researcher at IRMC

Active in the academic world for over fifteen years, Jerome Heurtaux is a curious researcher and a proven teacher. Passionate about history and politics, he devotes all his energy to studying the revolutionary moments and the processes of political transition. ​ After completing his doctorate on post-communism in Central and Eastern Europe, he has devoted himself since the Arab uprisings in 2010-2011 to the study of political transformations in the Maghreb.

Lina has found success in every field she has touched. Whether it be blogging, internet activism, or education, she was a prominent opponent to the Ben Ali regime in Tunisia and was vocal in her opposition to the regime. A Nobel Prize nominee for her blog A Tunisian Girl, Lina has managed to constantly be a strong and shining voice which leads people against the oppression of Tunisia’s governments and systems.

Founder "Wallah We Can" Movement

Lotfi possesses all the skills a successful entrepreneur and social rights activist needs. Returning to Tunisia in 2011, Lotfi created the organization "Wallah We Can," which focuses on improving both boarding and public schools, and has also worked tirelessly on improving the image of Tunisia and attracting tourism and funds back to the country. Involved in many social and political projects, Lotfi has shown his perseverance and determination in building a brighter future for the Tunisia of tomorrow. ​

A Syrian refugee, an online celebrity, a social media star. Mahmoud is an Aleppo born and raised social media blogger, who uses comedy and humour to chart and trace the life of a refugee in Sweden. By documenting his uneasy journey from Syria to Sweden (via Egypt, Turkey and Greece), Mahmoud has raised awareness of the plight of Syrian refugees, showcasing the human side of the conflict, as well.

As a savvy businessman and crafty speaker, Mazen has enjoyed an illustrious career at the Middle East Broadcasting Center, where he serves as the official spokesperson and group director of the commercial, public relations and CSR since 2006. Mazen’s countless years of experience with the MENA media and information sector are reflected in his ability to not only balance complex tasks, but to find time to contribute and manage projects related to human rights and migration

Half Greek and Half German, Paula reacted to the European refugee crisis by combining the power of social entrepreneurship with impact investing. Her work focuses on providing solutions to refugees by bringing together private enterprises and on-the-ground volunteers to help incoming refugees, giving them better access to information they truly need, and helping them integrate more successfully into host communities. Her poise and determination has seen her ventures succeed and flourish and her passion drives her projects further.

Co-Founder of “The Machine to be Another”

Philippe’s revolutionary project emanates from his humanistic roots and personality. A visionary, his project aims to use the neuroscientific approach of embodiment to enhance our understanding of ourselves and other members in our society. Through the use of VR and advanced technology, the project aims to create a higher level of societal cohesion, and Philippe’s goal is to bridge the perceived differences between all members of society. An entrepreneur and innovator, his views and findings are crucial in closing the ever-growing gaps in our societies.

A student in the Dual BA Program between Sciences Po and Columbia University, Sebastian has long had a passion for politics and vital international issues. It is these passions that have brought him across an ocean from Chicago to France to study at the Middle-Eastern Mediterranean Campus of Sciences Po, as well as to the TEDx stage. Sebastian hopes to provoke thought through his participation in this TEDx conference from Sciences Po Paris, Campus de Menton, and hopes to be inspired by all the excellent speakers participating!

Theophile is a 2nd year student at Sciences Po. He is French, though was raised in Gabon and Algeria, and has passion for playing music. He is particularly interested in law, political science, literature and musical composition, and his greatest career ambition is to become an orchestra conductor. His participation comes from a strong believe that in order to make your own ideas clearer, you need to share them. Since his early childhood, he has written his thoughts down, and this TEDx Talk is a great opportunity to communicate them to the audience. The question that has thrilled him most is why are certain people more at ease than others when it comes to communication?

Wiam is a Moroccan Berber student born and raised in Casablanca. Currently in her second year at Sciences Po Paris, Campus de Menton, she is a language enthusiast and interested in exploring cultures in the MENA region. She strongly believes that language and identity are deeply intertwined and that the way we express ourselves is one of the most direct ways to reflect our multiple belongings and personalities, and she noticed this especially in her country of origin. Wiam is eager to communicate her passions and interests through her speech and cannot wait to learn more from everyone that will help make this experience unique. 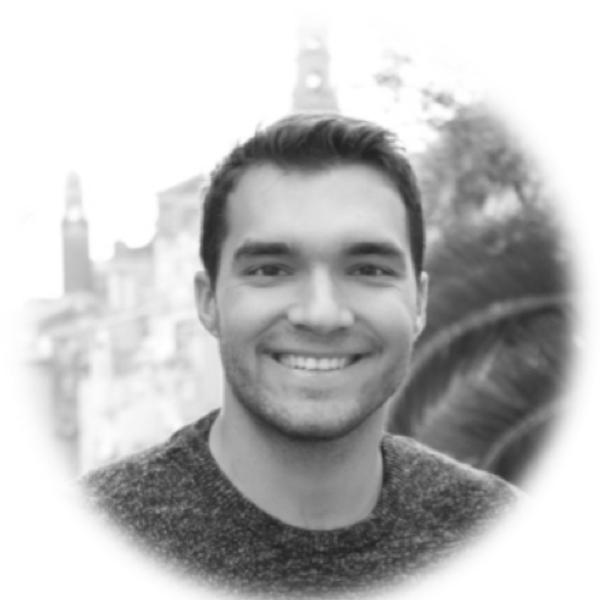