What makes our life experiences so interesting? Perhaps it’s the ray of sunlight that hits you in the face when your alarm clock goes off at 6：30AM. Or, the smell of the first pot of coffee you make before heading to work. It can also be the noise from your kids running around the house as they get ready for school. These sounds, images, and smell are what makes your daily routines unique and delightful.

In this TEDxTaipei Salon, we will take the audience on a journey to rediscover these human senses and bring back the basics of life.

Adrian David Cheok is the founder and director of Singapore’s Mixed Reality Lab. His team created the Scentee, a module that can be attached to a smartphone to emit puffs of scent using chemical cartridges. The basic idea behind it is that you can send aromas over the Internet. Cheok is planning to use his previous work using the Scentee and the taste actuator to help build an element that will be able to stimulate smell electronically. Adrian David Cheok，混合現實實驗室創辦人。致力於研發虛擬五感，其中的科技味蕾讓人們的大腦透過手機品嚐到食物的味道，科技五感的開發幫助失去感知功能的人透過此方式刺激不同感官，重拾五感。

Christine Ha is the first blind chef who has demonstrated her skills and taste on the show of “Master Chef”. She was praised by the judge that “the lady has an extraordinary palate, a palate of incredible fitness. She picks up hot ingredients, touches them, and she thinks about this image on the plate. She has the most disciplined execution on a plate that we’ve ever seen .” Ha received the 2014 Helen Keller Personal Achievement Award from the American Foundation for the Blind, a recognition formerly bestowed upon Ray Charles, Patty Duke, and Stevie Wonder among others. Christine Ha，美國廚神當道第三季贏家，雖然看不見，這位盲人廚師證明即使失去視覺，也能透過其他感官完成一項項不可能任務。美國盲人基金會更於2014年頒發海倫凱勒個人成就獎肯定她的成就。

Sissel Tolaas is a scent curator and researcher who spent years exploring the aromatic potential of bacteria in her ongoing investigation into the most mysterious and evocative of our senses. Tolaas is working actively and concentrated on the topic of SMELL / SMELL & LANGUAGE - COMMUNICATON since 1990, within different sciences, fields of art /design and other disciplines. She has worked and is working with numerous companies and institutions, and active participation in international colloquiums, conferences and networking. Her projects and research have been presented in s several institutions such as Documenta 13; MOMA New York; MOMA San Francisco; Fondation Cartier, Paris; Serpentine Gallery, London; Hamburger Bahnhof, Berlin; Tate Gallery, Liverpool; Venice Biennale; National Art Museum of China Beijing; Kochi Biennale, India; Mincheng Museum, Shanghai; Venice Biennale 2015.

Following his graduation from the Tokyo University of Art and Music, Kitagawa Fram organized various exhibits that introduced works of art that were not well known in Japan at the time and a wide range of art projects, including the 1978 “Antoni Gaudi” exhibition that traveled to 11 cities in Japan and the “Apartheid NON!” international exhibition that was shown at 194 venues nationwide. Kitagawa has also received high praise for his involvement in activities relating to community development, including the Total Planning of Faret Tachikawa Art Project and Cultural Activities of the Daikanyama Hillside Terrace, which he was awarded the Mecenat Award Grand Prix. He served as the general director Echigo-Tsumari Art Triennial in 2000, 2003, 2006, 2009,and 2012,making a major contribution to regional development through art. He has also acted as the general director Setouchi Triennale since 2010.

Elaine Ng Yan Ling, also known as the ‘techno fairy’ by Elle Deco, brings together textiles, electronics, biomimicry, interiors and installations. Elaine is a British Chinese materialologist and a graduate of Central Saint Martins in London where she earned her MA Design in Textile Futures with distinction. She is a TED fellow and is the founder of THE FABRICK LAB, and have worked with international design companies such as Nissan Design Europe and Nokia Design Beijing. Her magical approach with material is recognised by some of the best in the field and has provided inspirations to many. Wired UK has nicknamed her as ‘The Chinese designer creates materials that move and grow like trees – but faster.’ 吳燕玲，英籍華裔設計師，倫敦中央聖馬汀藝術設計學院未來紡織品設計碩士，專攻智慧紡織品設計，曾與許多國際大型設計公司合作，包括施華洛世奇水晶、日產汽車歐洲設計中心，以及諾基亞北京設計中心等，並且榮獲諸多設計獎。作品曾於英國倫敦、加拿大多倫多、義大利米蘭、法國巴黎等世界各地展出。 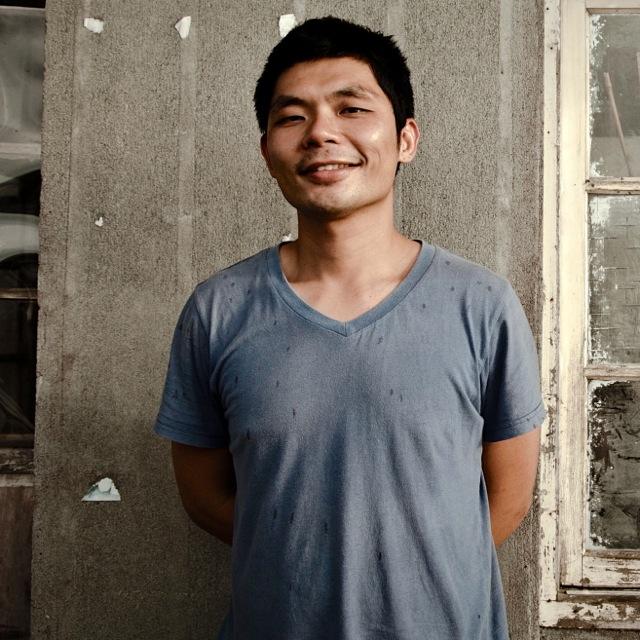