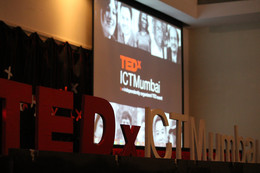 TEDxICTMumbai is an event that is organised independently by the students of the Institute of Chemical Technology, Mumbai operated by an official license obtained by TED. The main purpose of conducting this event is to propagate new ideas, innovation and inventions.

As the world races towards innovating and making breakthrough discoveries in the field of science, technology, commerce and the arts, Institute of Chemical Technology, Mumbai also finds it important to expose its students to the ever-changing world around them. With this TEDxICTMumbai endeavour, ICT plans to inculcate the spirit of sharing ideas, discovering new ways of looking at the way things happen, and promoting the path of innovation among the students. The world is a global village and ICT intends on making sure that its students are citizen of this new world.

In a world where the way we exchange, understand, and innovate in ways which are constantly evolving, TED and TEDx are great tools to interact with the world without having to travel around the world to do so. This makes information and ideas easier to access, enables collaborations between citizens of different countries and above all promotes the harmonious exchange of innovation, something that is the need of the hour in the 21st century.

Highlights of the first talk only event held by TEDxICTMumbai:

1. Watch the enthralling speakers, TEDxICTMumbai was privileged to host -https://www.youtube.com/playlist?list=PLsRNoUx8w3rMAfByILRk75FGURYijqZKj
2. Photographs capturing the best from our event- https://www.flickr.com/photos/tedxictmumbai/

Visit our facebook page: https://www.facebook.com/tedxictmumbai for more updates or contact our TEDxICTMumbai Team from the About section for more details.

Arvind Nadig is an innovator and co-founder and managing director at Li2-Innovations, an educational company that brings futuristic solutions to schools and colleges. He is the co-creator of Bramha-3 Anvil, the first ever 3D printer built in India and thrust open the door to this technological revolution for the country. His company uses 3D printing as an alternative and novel approach for major present day issues and the possibilities of such applications are endless.

Chef Kelvin Cheung is a well proclaimed champion of winning hearts with his innovative dishes. His cuisine is renowned to be one of the best in town and he has been dubbed as Mumbai’s Wonder Chef time and again. His journey as a Chef began after he dropped out of medical school, but his training had begun when he was barely six as he was born & bought up in a restaurateur family. Currently based out in Mumbai, he runs the popular eatery One Street Over.

Professor G.D. Yadav is the Vice Chancellor of the Institute of Chemical Technology and one of the most accomplished researchers in India. A Padma Shri awardee, he has contributed greatly to the evolvement of scientific studies by means of his extensive original research. Apart from being a highly decorated scientist, Professor G.D. Yadav also has a keen passion for Sanskrit, philosophy and literature.

Jockin Arputham is the president and founder of the National Slum Dwellers Foundation and also presides the Slum Dwellers International and has worked for improvement of housing and sanitation of slum dwellers in India for over forty years. He was bestowed upon the Ramon Magsaysay award in 2000 and the Padma Shri in 2011 and was nominated for the Noble Peace Prize in 2014. Over the years, he has built 30,000 houses in India and 100,000 around the world and still works with goal of providing shelter and sanitation for every economically backward citizen of Mumbai.

Manisha is an animator and a sand artist from Mumbai whose art form will leave you spellbound by its sheer beauty. An alumna of the Industrial Design centre at IIT-Bombay and the Bhilai Institute of Technology, she turned her penchant for the art into a passion and is now one of the most accomplished sand artists in the country.

Dr. Ravi Mariwala is the Managing Director of Scientific Precision Pvt.Ltd, a company that provides integrated and holistic water solutions for water and food industries and the Director of Eternis Fine Chemicals, one of the biggest companies of the fragrances business. He is also an adjunct professor of Chemical Engineering at ICT, Mumbai. He is the alumnus of the University of Delaware and Wisconsin-Madison and St. Xavier’s College, Mumbai. For him, yachting is a passion which he enthusiastically pursues. Sailing across the clear waters of Mumbai, he brings to forefront a sport that is rapidly gaining prominence in the city.

Chirag Gander and Sahil Vaidya, the co founders of The Minimalist,( IIT-bombay graduates) are two design prodigies who have given the world a much needed minimalistic filter for refined and impactful ideas. No wonder this self taught duo in the field of Design and Advertising won the Kyoorius Red Elephant Award in 2014, the highest national award for students in the field of creativity.

Shreya Reddy is a rising LGBT activist in Mumbai and is presently the Program Officer at Maharashtra State Aids Control Society for Mumbai district. Though she was subjected to social stigma during her early days, she is now a well-known woman who wants to be a doctor, as she unabashedly announced through the 101 Transgender Project. 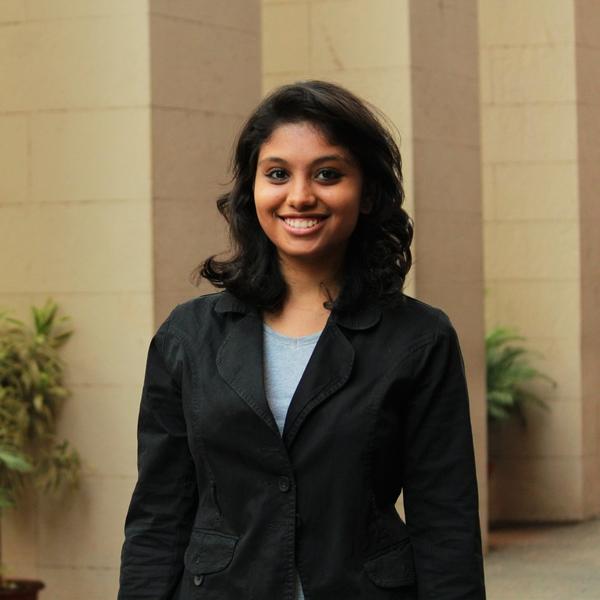