Arizona State University is the New American University, a model developed by ASU’s President Michael Crow that re-conceptualizes the current standard of higher education. With this model, ASU seeks to be defined by the students it includes rather than excludes, its impact on the public good and its responsibility for the broader community. In this spirit of innovation, ASU brings together brilliant thinkers from a host of fields to discuss their groundbreaking research and ideas in TEDxASU. This eye-opening, half-day conference offers its attendees the opportunity to listen to individuals who have redefined their respective fields. It is our hope that participants will leave with the desire to become disruptive leaders in their corresponding disciplines

Athena Aktipis is an Assistant Professor in the Psychology Department at Arizona State University, Collaborative Researcher at the Biodesign Institute, and co-Director of the Human Generosity Project. Dr. Aktipis studies cooperation across life, from human sharing to the evolution of multicellularity. From cells to societies, several general principles arise again and again that facilitate cooperation, including helping one another in times of need. Dr. Aktipis’s research integrates laboratory studies of human behavior, computational modeling and fieldwork at sites around the world to explore fundamental questions about the nature of cooperation.

Dr. Jacobs is a Professor of Virology in the School of Life Sciences and the Biodesign Institute at Arizona State University. The main interest of Dr. Jacobs’ lab is poxvirus:host interactions. His lab particularly focuses on the evasion of the innate immune interferon defenses by poxviruses. Disabling of the immune evasion genes in vaccinia virus has allowed the generation of highly attenuated strains of vaccinia virus as improved vaccine vectors for diseases such as HIV, as well as viruses to potentially treat cancer. Dr. Jacobs was awarded the Governor’s Innovator of the Year Award in Academia for his lab’s work in vaccine development.

Dr. Carlo Maley applies tools from evolutionary biology and ecology to tumors in order to understand and prevent the evolution of malignancy and therapeutic resistance. While interested in all cancers, Dr. Maley currently works on Barrett’s esophagus, acute myeloid leukemia, lung cancer, and breast cancer. In this work, his team uses measures of the rate of evolution in the tumors to predict which patients will develop malignancy and succumb to their disease. He is also working on novel approaches to prevent the evolution of resistance and transform cancer from an acute disease to a chronic, non-lethal disease. His team is working on comparative oncology to discover how large long-lived organisms like whales and elephants are able to prevent cancer much more effectively than humans.

Jimmy Arwood has been a rising student organizer and activist on behalf of the collegiate community. Not only has he aided the Andrew Goodman Foundation in registering nearly 1,000 voters this past year, but he has also operated his own student organization. Students for Affordable Tuition (SFAT) is a non-partisan campus organization Arwood founded last fall in response to the $99 million in cuts to universities. Currently SFAT spans 3 campuses including Arizona State Universities Downtown Phoenix, Tempe, and the University of Arizona in Tucson.

Dr. Shufeldt has been practicing emergency medicine since 1986. However, his professional and personal identity extends far beyond the typical role of a doctor. He is a serial entrepreneur, having founded the largest privately held urgent care group in the US, and after selling in 2010, he created MeMD, an on-demand healthcare service that connects patients with medical providers who can diagnose issues and write prescriptions through a secure video visit. He is a lawyer, entrepreneur, professional pilot, a speaker, SWAT team doctor, and author. Dr. Shufeldt has started his own law firm as well as a publishing company among many other endeavors. He is an adjunct law professor at the ASU Sandra Day O’Connor College of Law and has taught courses for the W.P. Carey School of Business, MBA and Health Sector Management program. Lastly, and perhaps his most admirable occupation, he is a self proclaimed “serial learner”, acquiring a new degree every 10 years since his medical degree.

Dr. Mari Koerner received her PhD in curriculum and instruction from the University of Illinois at Chicago. An English literature major in college, she began her career in education when she became a second grade teacher on the West side of Chicago. She has held faculty and administrative positions at Roosevelt University in Chicago and the University of Massachusetts Boston. She was appointed as a professor and as the dean of the College of Teacher Education and Leadership at Arizona State University’s West campus in July 2006 and, after the merging of the three colleges of education at ASU, she was appointed dean of Mary Lou Fulton Teachers College in 2010, ranked 17th among the nation’s top education graduate programs by U.S. News & World Report 2016.

Dr. Maulik Parikh is a theoretical physicist. He is an Associate Professor in the Department of Physics and at the Beyond Center for Fundamental Concepts in Science at Arizona State University. Dr. Parikh‘s research spans numerous aspects of gravitation, including the foundations of Einstein’s general theory of relativity, the physics of black holes and their event horizons, and gravitational aspects of quantum gravity, particularly string theory. His paper on Hawking radiation from black holes has been cited over a thousand times and he has received the first award from the Gravity Research Foundation, perhaps the top prize exclusively for gravitational research. 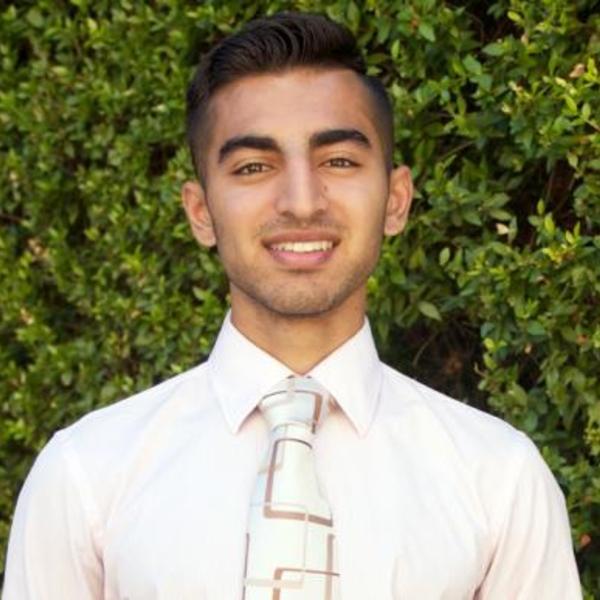