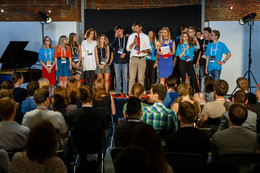 Our events are - like all TEDx-es - entirely voluntary, no one in the team is paid, nor are our speakers, and our attendee survey gives us a very positive feedback about the quality of our talks and the engaged community atmosphere.

Co-founder of Regarding the Artist

Ania Bywanis-Kwiecień runs an online marketing agency Bywanis Arts & Media. Ania helps young artists market and sell their art. She dreams that some day aspiring artists will be able to freely develop and create without worrying about their future. She’s fascinated by art in public space, accessible to all. Wiktoria Dalach is a co-founder of Regarding the Artist, photographer and software developer, based in Krakow. Currently, she challenges herself with #366backyards project - every day Wiktoria publishes a picture of a backyard on her instagram. She always searches for an imperceptible beauty in people and places.

Chris lives in the Lune Valley​, (a rural area in Lancashire UK​) and is ​a farmer’s wife, mother of two daughters and a son, and grandmother to 7 beautiful granddaughters. She has been involved with the community in many roles over the years; for instance school governor and chair of Wray Endowed School during the eighties and early nineties and more recently supporter of a number of rural broadband projects. In 2002 she began campaigning for rural broadband and over the next few years helped establish a wireless mesh network around Wray and a satellite network for rural farms. A founder member of Wray Com Com in 2003 and Wennet CIC in 2005​, both of which projects have since become part of the world famous B4RN community fibre network​. She is a pioneer of self installation fibre and a regular speaker at broadband events on the topic of rural broadband and DIY fibre build. She was awarded an MBE in the 2015 Queen’s Birthday Honours​ for her volunteer work with the community.

Dariusz is engaged in academic research in the area of radiology. He has worked for, with and founded associations that are active in promoting knowledge and passion for science especially among young people.

Polish philologist and social worker. Co-founder of the Foundation "La Strada" responsible for preventive measures and publications fighting human slavery. In the Foundation she runs educational projects, trains teachers and educators as well as dealng with preparation to reduce risk before travelling abroad. In 2012 she was Director of the 1st International Film Festival on Human Trafficking.

Shortly after Solidarity’s triumph in Poland, John put his corporate career on hold and became a volunteer in a US government program created to assist the newly freed economies of Eastern Europe. After completing the program in 1992, John launched Lynka, an industry-leading producer of sportswear and corporate clothing he still co-owns and manages. John was named Entrepreneur of the Year in Poland in 2004. In 2013, John was voted Central & Eastern Europe’s CEO of the Year by the CEE Manufacturing Awards. In 2014, John was awarded the highest civilian honor in Poland, the Presidential Order of the Gold Cross from the President of the Republic of Poland, Bronislaw Komorowski, for his contributions to building Poland’s free market economy.

A 34 year old New Jersey born artist to Israeli parents and has landed himself in rap battles, jail cells, rehabs, video games, and world tours for millions of people. Not your typical story, Rami created the mantra of Kosha Dillz to keep his Jewishness alive when he felt his life had gone astray after multiple stints in jail and addiction. In the last few years he became one of the most sought out “jewish artists” in pop culture alongside Matisyahu Drake and more. He blends Hebrew and Spanish in his rhymes, writes lyrics about depression, recovery, addiction and understands the power of transformation through personal experience. After a trip to Kraków and Warsaw with his mother and great aunt to walk through the concentration camp, he filmed a music video and recorded a song about Kraków for his upcoming album "What I do all day and pickle". He has penned numerous articles for Billboard about experiences with anti-semitism, addiction and the Holocaust.

Lesley Keast is the Diploma Course Leader for the British Council in Madrid and has also taught Universidad de Alcalá’s MA TESOL course since 2007. She presented her own MA research at IATEFL Harrogate in 2014. She has taught in Spain, Portugal, Italy and Hungary and was the Director of Studies of a progressive international school in the UK.

Maria Dabrowska is a social activist who founded the "Zmiana" Change foundation which organisers community libraries and is bringing books into Polish prison libraries.

Michał is one of Poland's best magicians. he works with Michał Kulik Leading Krakow Magic Sessions to transform the magic community in Poland.

Michał & Michał are among Poland's best magicians. They organise Krakow Magic Sessions with the aim to transform the magic community in Poland.

Monika launched a personal shopping service on the Polish market and developed her own OSA brand as the most recognizable in the industry. Monika works with both female and male wardrobes, runs her own academy for personal stylists and cares about the image of the largest Polish companies. During the last eight years, Monika has become recognised as an expert, often appearing in the Polish media. Author of two books, and mother of one daughter.

Paulina Fiejdasz has been documenting Jewish life and history in Poland - her work has received worldwide critical acclaim. Her focus is building bridges and increasing understanding.

Founder - School in the Cloud

Professor Mitra won the TED prize in 2013 and recorded a special video message for the TEDxKazimierz 2016 conference.

He acts in PUK cabaret and performs stand-up. He also had a significant role in the establishing of one of the Poland’s first improvisational theatre formations – AD HOC Group (yet he focuses on the project of improvisational cabaret 44-200 recently). In his spare time he theorizes about humor, comedy and jokes, so sometimes he is quite unbearable companion to drink beer with. Conducts events, workshops and a blog.

Wiktoria Dalach Co-founder of Regarding the Artist. Alumnus of the Electronic Information Processing on Jagiellonian University. For almost four years she co-organized programming courses Rails Girls and WebMuses – a community for woman who just started their careers in IT. Programmer in Estimote, photographer of people and architecture. Every day on her Instagram you can find photographs of backyards (#366backyards) because she wants to share the beauty of common places with people. To her art is just another form of communication. She listens closely. She is interested in people and architecture alike. 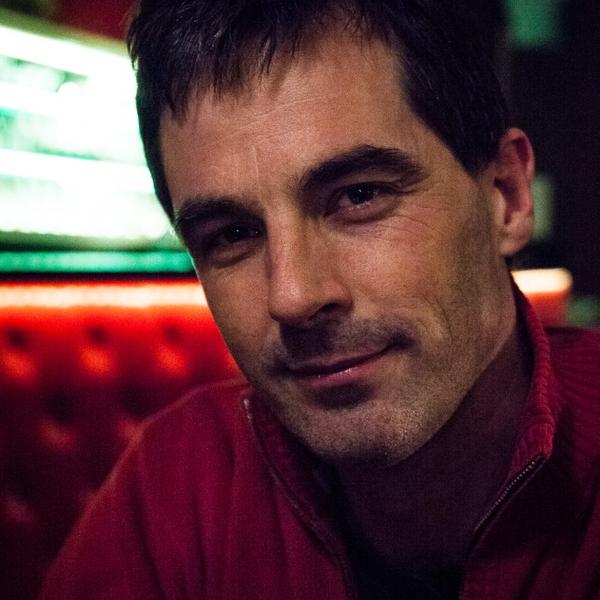