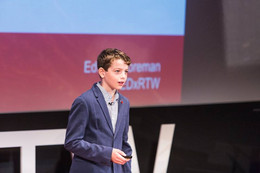 2016 is a leap year. TEDXRoyalTunbridgeWells 2016 celebrates this year with the theme Leap of Faith.

In June 2016 TEDxRoyalTunbridgeWells took place. It was an incredible day with so many positives. This is evidenced by our NPS score of 85.
It is impossible for me to comment on all the amazing talks and speakers so I am simply going to list them here. Please take the time to view, comment and share.

Is it a bird? Is it a plane? No it’s Ringpullman. The Caped Crusader of Tunbridge Wells on an electric unicycle trying to make a difference. His identity is a mystery but his mission isn’t.

Director of Rugby who has been involved in the game for 20 years both in Rugby Union and Rugby League. Having been involved in Tunbridge Wells Rugby Club as a Player and Coach and has overseen the transition of a side who are now London 2 South East champions and more recently 2015/16 RFU Intermediate Cup winners taking the title played at Twickenham on the 7th May 2016 to conclude a 29 game unbeaten season. Alex is also an RFU Level 2 coach.

Liquiproof success Founder of award-winning product Liquiproof, Caner Veli has spent the last 2 years growing a successful business with the aim of filling a gap in the market for a reliable, long lasting and eco-friendly footwear and fabric protective spray. Liquiproof has already made a huge impact on the footwear and fashion sector and is enjoying massive growth with many high profile fashion and hospitality brands. As a non-toxic, water-based formula packaged in a non-aerosol bottle that is completely odourless there are many benefits to this unique product.

Dr. Christine Bailey is Marketing Director, EMEA & Russia at Cisco Systems and the global lead for Connected Women. She has 25 years’ experience of business to business marketing in the technology sector and a doctorate in customer insight. Chris is an experienced speaker and respected thought leader and is seen regularly in Forbes Women. Passionate about all things digital and social and deeply committed to inclusion & diversity.

Danny Kruger has spent the last 8 years running front-line charities supporting ex-offenders and young people in London. Before that he was special adviser to David Cameron - when he wrote the famous 'hug a hoodie' speech - and a comment writer at the Daily Telegraph.

Diane Young is a mathematician who co-founded The Drum, which is a magazine and website specializing in the marketing and media sector. It has grown from its roots in Glasgow to Europe's best-read marketing news platform online.

Emily is seventeen years old, grew up in Royal Tunbridge Wells in a middle class family with each grandparent from a different country and has had Sri Lankan, German, Welsh and English influences. She has experienced a variety of schooling systems in the area she grew up in and thinks it's important to give a voice to the students.

Funke Abimbola is a multi award winning lawyer, leader and diversity campaigner. As the most senior black lawyer working within the UK's pharmaceutical industry, her path to becoming a top lawyer has not been a smooth one. She bucked the family trend, choosing law over medicine and has been climbing mountains ever since. This talk highlights both the challenges along the way and how she has overcome them.

Glenn has achieved success by creating what he calls the conditions for originality within his various creative departments. He believes strongly that these conditions should be principles we apply to all levels of society, from how we educate our kids to how we support our economy.

Graham Hadfield is an award-winning composer for film and TV, with broad experience in both drama and documentary series. His credits include BAFTA and Emmy-nominated productions, and global broadcast credits including series and specials for BBC, Channel 4, Discovery, ABC. For more information, visit www.grahamhadfield.com

Hanna is the founder of Wells Angels Women's Institute, a group of 100 of the finest women of Royal Tunbridge Wells, who pool their collective energy and voices to make a difference for women everywhere, whilst nurturing the unique relationships that only happen when women get together.

In under a year, Jaz went her job in fashion in London, to sleeping in a tent in a refugee camp in Northern France, to speaking at the UN headquarters in New York, all after a post she wrote about her first experience visiting a refugee camp in Calais, known as the Jungle, went viral.

Natalie Sisson is an Amazon No #1 bestselling author of the Suitcase Entrepreneur, podcaster, speaker and adventurer who believes everybody has the right to choose freedom in business and adventure in life. She’s on a mission to ensure 1,000,000+ entrepreneurs do just that by 2020 over at the SuitcaseEntrepreneur.com Born in New Zealand Natalie’s built her multiple six-figure business from her laptop over the last 6 years while living out of her suitcase, traveling to 69 countries and she’s dedicated to teaching others how to build a profitable online business by selling their knowledge, skills and expertise in a way that supports their ideal lifestyle and gives them true freedom through her Freedom Plan program.

Simon Harmer was a medic in the British Army and suffered life changing injuries on 26th October 2009. Whilst out on a patrol as the medic for the Coldstream Guards Simon activated an Improvised Explosive Device (IED) which resulted in life threatening damage to both his legs and his right arm. As a result he lost his legs and endured five years of rehabilitation and surgery. Despite this, Simon's positive outlook and sense of humour has allowed him to lead his life from trauma to triumph. He has participated in numerous physical endurance challenges and since leaving the Armed Forces has worked hard to reinvent himself and his career. 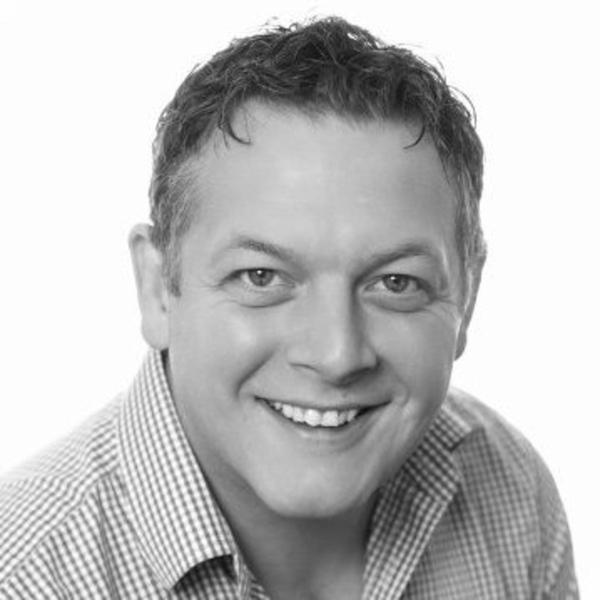