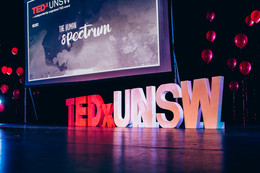 The Human Spectrum is about exploring the broad range of human beings and ideas in UNSW to uncover the shades within the spectrum that you wouldn’t normally be able to see. For us, the humans of UNSW are naturally inquisitive but reserved in their everyday university interactions. So it seemed obvious that our theme of choice would need to reveal the extent of the Human Spectrum.

TEDxUNSW aims to explore the fullness and variety of humanity and everything it encompasses. Each human, each idea and each community is different with many layers that would usually go unseen. It is exactly these hidden ideas, brimming at the surface, that we aim to showcase in our first ever TEDx event.

Marine ecologist Dr Adriana Verges is Senior Lecturer and Deputy Director at the UNSW Centre for Marine Bio-Innovation. Her research focuses on the ecology and evolution of marine trophic interactions (i.e. who eats who in the sea). Adriana’s most recent work centers on the restoration of algal forests and the impacts of climate change on the marine environment. She has worked in coral reefs and temperate ecosystems around the world, from the Mediterranean Sea to the Indian Ocean. Adriana’s love for science has seen her become a member of the CSIRO's Scientists in Schools program, in which she curates the 'Science & Storytelling' documentary series at the Australian Museum.

Hassan Ahmad is a doctor by day and social entrepreneur by night. After graduating with an MD from UNSW in 2013, he co-founded Conscious Step, a company which makes socks. Each pair is uniquely designed and ethically manufactured, with proceeds go towards achieving the Global Goals for Sustainable Development. Conscious Step was dubbed one of Business Insider’s 8 coolest startups in New York City, partnering with development organisations like Matt Damon's Water.org and UNAIDS. Hassan firmly believes that doing good not only benefits the planet and the business but perhaps most importantly, the best thing for you.

Founder and CEO of the Young and Well Cooperative Research Centre

Associate Professor Jane Burns is the founder and CEO of the Young and Well Cooperative Research Centre, an organisation that unites youth with researchers, practitioners and innovators to explore technology’s role in improving mental health and wellbeing for people aged 12 - 25. Jane holds a PhD in Medicine (Public Health and Epidemiology) from the University of Adelaide and various fellowships. She has led the youth agenda for beyondblue, and was Director of International Partnerships at Inspire Foundation. Jane was a Victorian Finalist in the 2012 Telstra Business Women's Awards and was listed in the Financial Review and Westpac Group 100 Women of Influence in 2012.

Professor Moss’s main research interests are in political philosophy and applied philosophy. Current research interests include projects on: climate justice, the ethics of renewable energy as well as the ethical issues associated with unconventional gas and fossil fuel exports. He leads the Climate Justice Research program at UNSW and has published several books including: Reassessing Egalitarianism, Climate Change and Social Justice, and Climate Change and Justice (Cambridge University Press). He is the recipient of the Eureka Prize for Ethics, the Australasia Association of Philosophy Media Prize and several Australian Research Council Grants.

Joel Pearson is a National Health and Medical Research Council fellow and Professor of Cognitive Neuroscience at UNSW. He is also a psychologist, neuroscientist and public intellectual working at the forefront of science, innovation and agile science. Joel has come a long way from his early career in filmmaking at COFA. He is now director of the Pearson Lab, a multidisciplinary agile Cognitive Neuroscience research group. He is also the founder and director of the UNSW Science of Innovation Lab, a world-first, hands-on research lab studying the Psychology and Neuroscience of entrepreneurship and innovation. So great is his passion for high-risk discovery science that Joel has developed a method called Agile Science, a practical guide to practicing and reporting scientific discoveries – the ‘Lean Startup’ for the world of science.

Dr John McGhee is a 3D Computer Artist, Senior Lecturer and the Director of the 3D Visualisation Aesthetics Lab at UNSW Art & Design. John’s academic research work explores art and design-led modes of visualising complex scientific and biomedical data using 3D computer animation techniques, most recently on Virtual Reality (VR) headsets. His work includes the deployment of VR in stroke rehabilitation, clinical MRI 3D visualisation for patient education and the application of VR in bio-nano cellular data visualisation. This has culminated in John being recognised as one of UNSW Australia’s 21 ‘Rising Stars’.

Dr. Karl Kruszelnicki is one of Australia’s 100 National Living Treasures and has a media career spanning more than 30 years. His accolades range from the Ig Nobel Prize from Harvard University for his groundbreaking research into belly button fluff, to being one of the first Australian Apple Masters, of which there are only 100 worldwide. A lifetime student, Karl has earned degrees in Physics and Maths, Biomedical Engineering, Medicine and Surgery. He is currently the Julius Sumner Miller Fellow at Sydney University, where, armed with his infectious enthusiasm, he aims to spread the good word about science and its benefits.

Kristy Muir is Professor of Social Policy and the Research Director at the Centre for Social Impact at UNSW. In her previous role as Associate Dean of Research at the Faculty of Arts and Social Sciences, she was recognised with the Staff Excellence Award for Senior Leadership in 2013. Kristy leads research projects addressing social problems across Australia such as economic engagement, disability and mental health. Besides being a widely-published academic and frequent conference headliner, Kristy is a member of social purpose committees including the NSW Premier’s Council on Homelessness, Opportunity Child and Financial Inclusion Action Plan programs.

Peter Argent, the Academic Director of Coder Factory Academy, lives to share his love of coding with the community and hopes to inspire more people to take up the challenge. He believes software is all about solving problems and making our lives better. "If you want to make the world a better place but not sure how - learn to code!". After a ten year career at IBM, Pete now runs a coding school. Through teaching after school coding classes for primary school kids at Redfern Community Centre and part time courses for aspiring tech startup entrepreneurs, he is able to educate and inspire people. 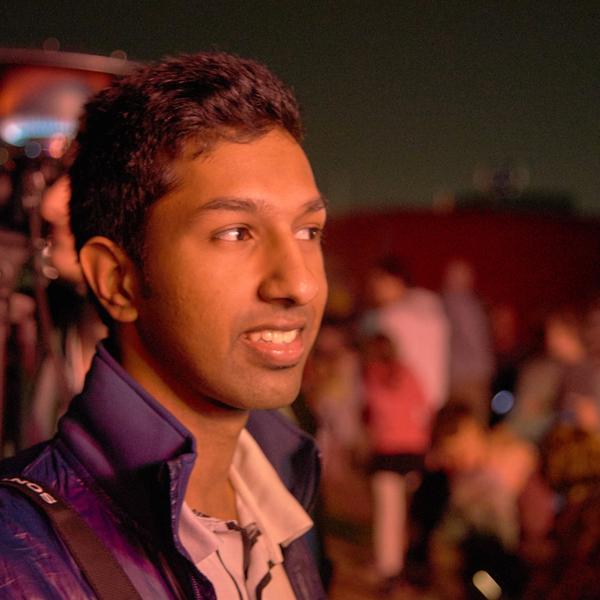