From personal growth right through to global and environmental, TEDxUCL 2015 will take us on a journey through the different ways in which we, and the world around us, can grow.

Ana Bow-Bertrand prioritises creative engagements with health. Writing out our personal ‘narrative’ and psychological well being through reflexive discourse shape her vision for future human growth. She is a recent English Literature graduate from the University of Cambridge, formerly studying Medicine and currently Global Health and Development (MSc) at University College London. Her work and website is motivated by a love of words and resonance with Bertrand Russell’s: ‘longing for love, the search for knowledge, and the unbearable pity for the suffering of mankind’.

David Moss is CTO and Co-founder of Blue Prism Limited, a UK tech company formed in 2001 to pursue the dream of delivering the vision of robotics into the oce environment. David is a technologist and thought leader in the Robotic Process Automation movement and a pioneer in the creation of the Virtual Workforce concept.

Dr. Emily Grossman is an expert in molecular biology and genetics, with a Double First in Natural Sciences from Queens' College Cambridge and a PhD in cancer research. She trained and worked as an actress, and now combines her skills as a science broadcaster and educator. Emily teaches maths and science, explains science for a wide range of TV and radio programmes, and gives talks in schools and universities. She is best known as an expert on Sky1's fact-based celebrity panel-show Duck Quacks Don't Echo, hosted by Lee Mack. www.emilygrossman.co.uk @DrEmilyGrossman

Shahrar Ali entered green politics after working as a researcher in the European Parliament on the risk of GM foods. He has a PhD in philosophy from UCL, in which he tackled the morality of lying and deception. Shahrar edited Why Vote Green 2015, an impassioned call for environmental action in the 21st century

Frances Crook is the Chief Executive of the Howard League for Penal Reform since 1986. She has been responsible for research programmes and campaigns to raise public concern about suicides in prison, the over-use of custody and poor conditions in prison, young people in trouble, and mothers in prison. She was the campaigns co-coordinator at the British Section of Amnesty International from 1980 to 1985, and was twice elected as a Labour Councillor for East Finchley in the London Borough of Barnet. Between 2009 and 2012 she was an NHS non-executive director of Barnet Primary Care Trust responsible for a budget of £550 million delivering health services to 350,000 people. She was awarded an OBE for services to youth justice in the 2010 New Year Honours List and was appointed a Senior Visiting Fellow at the London School of Economics in 2010.

James is an educator and researcher – sitting between the disciplines of training, education and behavioural nudges. His particular areas of interest are personal effectiveness, metacognition, behavioural psychology, communication, and decision making. Through his company Developing Cognition he brings research from academia into practical applications in universities, companies and charities.

Kent Jackson is design director and principal of SOM‘s London office. His experience encompasses a diverse range of project scales and uses, including residential developments, corporate offices, transport, and large mixed-use urban schemes. Kent’s pioneering approach to design responds to individual context and enables integration of both the natural and built environment. In collaboration with his clients, he focuses on developing creative and innovative solutions that meet both aesthetic and pragmatic requirements, allowing buildings to positively impact the environment, while addressing the specific needs of inhabitants.

While at university, Lux helped establish FoodCycle in Bristol and Cambridge, a charity which redistributes surplus food from supermarkets such as Sainsburys and Tesco to low-income areas by serving meals to encourage community cohesion. It now has hubs in 19 locations across the UK and has served over 125,000 meals. Lux also worked at Worldreader, an organisation that introduces digital books in schools in sub-Saharan Africa to facilitate better access to reading. She now works at Bain & Company as an Associate Consultant. Lux completed an MPhil in Latin American Studies at Cambridge University and graduated from Bristol University with a degree in Spanish. She is interested in education, international politics and humanitarian affairs. She has travelled extensively in Latin America and lived in Mexico City for 3 years. Finally she loves cooking, cycling, and trying to climb mountains.

Mark Thomas is Professor of Evolutionary Genetics at University College London and works mainly on biological and cultural aspects of human evolution. He uses computer simulation and statistical modelling to make inferences from genetic data – including ancient DNA – and archaeological information, on processes such as past migrations and dispersals, natural selection – particularly in response to changes in diet and infectious disease loads – and how demography shapes cultural evolution.

Mark is a researcher and inventor currently working towards a PhD at UCL. Originally trained as a mathematician, he began his scientific career modelling viral dynamics at Pfizer and has focused on finding creative applications of mathematics to a range of problems in healthcare ever since. He teaches a masters module on innovation, design and prototyping of assistive devices and has served as a communicator and consultant for both the European Commission and the BBC.

While studying Natural Sciences at University College London, Nafisa fell in love with all things entrepreneurship. Her journey started with leading a social enterprise consultancy. Nafisa then went on to work for UCL’s Centre for Entrepreneurship, helping students set up their own businesses, before finally taking the leap herself to found Amaliah. Amaliah is a social commerce fashion site for the modest fashion market. Nafisa was selected as one of 40 founders for the British Council’s Digital India Programme with IndoGenius. More recently Amaliah has gained a place on an accelerator starting in January 2016. @Nafisa_Bakkar

Naqi Rizvi was born to an Indian mother and Pakistani father on January 21, 1991. He is the first of 2 children and suffers from an incurable disease known as Congenital Glaucoma - because of this he turned completely blind aged 7. He looks at life very positively and believes that even though he has lost his sight, he hasn’t lost his vision. He also believes that he is not disabled but differently abled. Naqi performed very well at school and university despite the challenges and graduated at the top of his batch in Industrial Engineering. He is currently pursuing a master’s degree in Systems Engineering at UCL.

Paul Ekins has a Ph.D. in economics from the University of London and is Professor of Resources and Environmental Policy and Director of the UCL Institute for Sustainable Resources at University College London. He is also a Co-Director of the UK Energy Research Centre. Paul Ekins’ academic work, published in numerous books, articles and scientific papers, focuses on the conditions and policies for achieving an environmentally sustainable economy. His book Economic Growth and Environmental Sustainability: the Prospects for Green Growth appeared in 2000. In the UK New Year’s Honours List for 2015 he received an OBE for services to environmental policy

Peter Cave read philosophy at University College London and King’s College Cambridge, lectures for Open University and New York University (London), chairs the Humanist Philosophers and has authored nine philosophy books, the latest being The Big Think Book. Often in public debates and broadcasts, he also delights in opera, humour and quips, lives in Soho London and succumbs to red wine – and white. Find him at www.petercave.com.

Shami Chakrabarti is the Director of Liberty (The National Council for Civil Liberties). A Barrister by background, she was called to the Bar in 1994 and worked as a lawyer in the Home Office from 1996 until 2001 for Governments of both persuasions. Since becoming Liberty’s Director in 2003 she has written, spoken and broadcast widely on the importance of the post-WW2 human rights framework as an essential component of democratic society. She was born in London and studied Law at the London School of Economics. She is Chancellor of Essex University and a Master of the Bench of Middle Temple.

Stefan Schubert is a postdoc in philosophy at London School of Economics. His present research concerns how politics could be made more rational and evidence-based. Other outreach projects of his include the Political Bias Test (published on Vox.com) and the Swedish Network for Evidence-Based Policy, which he co-founded earlier this year. He is also active in the Efective Altruist movement. 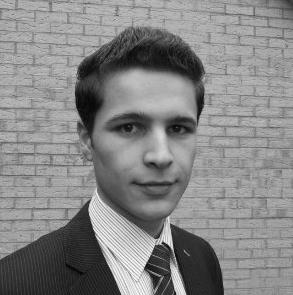