Questioning is the art of learning. Learning is a life-long process toward understanding. Understanding comes from asking the right questions at the right time to the right people. When we question, share, learn, wonder, and understand, we become connected.

Why is the sky blue? Why do I have to go to class? Why am I doing this? At an early age, humans have an insatiable, inquisitive nature. Though, as we grow and learn, we are taught to answer rather than to question. Later in life, we receive the most recognition and are rewarded for having the correct answer. Questions and the process of questioning, though sometimes exhausting, shouldn’t cease as we age. Why - for what reason, purpose or cause? Why does it matter? Why should I care? Why now? Why not now? Why me? Why not me? Why do you dream, think, do?

As one why is answered and fades away, more appear in its place. By showing why, I can share my story. By explaining why, he can inform and inspire. By asking why, she can innovate and create. By learning why, we can create dialogue. By wondering why, you can….

A graduate of Arizona State University, Kris had the opportunity to study with renowned composer Daniel Lentz and performing artist Richard Lehrman. He developed his skills accompanying ballet & modern classes on piano, guitar, & percussion and composing for modern dance performances at ASU for 10 years. Some of his compositions for dance have been performed at the Joyce, Soho, NYU, Wave Dance Fest. NYC, Arizona Museum for Youth, and Virginia Piper Theater. Performance credits also include Reagan Center; Museo del Barrio, NYC; the Olympia Dome, WA; and Woodstock as well as many international venues. He studied flamenco guitar in Sevilla, Spain and performed in many venues throughout Sevilla with José Galvans Cuadro.

Barton Gilley knows how to get things moving. Literally. A 2008 graduate of Louisiana State University’s Fine Arts program, Barton applies his formal art training with his passion for the playful by conceiving and creating animatronic sculptures. Barton’s affinity for art is a family affair; his father Shelby Gilley founded the renowned Gilley’s Gallery, which today continues Shelby’s legacy of promoting artists like Clementine Hunter and other outsider and folk artists. But for Barton, art intersects special effects in the form of sculptures such as the notorious R2-DBrew seen at LSU tailgates and Super Mario Brothers Fire Lotus Flower featured at events for Baton Rouge’s Elevator Projects and Mini Maker Faire, among others. Where one person sees a few pieces of scrap metal, Barton sees a character and story that can come to life through a symphony of scavenging, sculpting and electronics.

Bianca Smith is looking to use a medium that many associate with heteronormative, white superheroes to become a leading advocate for feminism and intersectionality. A Monroe, LA native, Bianca is a 2016 Louisiana State University graduate in public relations with a minor in theater. Whether as an aspiring novelist, screenwriter or comic book author, Bianca uses her writing voice and creativity to be a force that changes the perception of female portrayal in the entertainment industry. Bianca is hoping to that her upcoming comic series “Glitz Squad” can be a force to break stereotypes for minority women in the entertainment field.

Chris Thomas King knows the blues. Son of the legendary musician Tabby Thomas, Chris made his own name as a tour de force in the music world and a champion of the Louisiana blues tradition through his global travels. Through his prolific and varied career as a Grammy-winning musician, actor and mentor, Chris has helped spread the word about the blues and its pivotal role in southern Louisiana’s culture. In addition to his musical work, the Baton Rouge native has appeared in television and film, including memorable turns as Delta blues man Tommy Johnson in the film O Brother, Where Art Thou? and as the band leader in the Ray Charles biography "Ray.” He’s also contributed to multiple film soundtracks, including the wildly popular music for O Brother, Where Art Thou? — which earned him a Best Album nod at the 2001 Country Music Awards. When not touring, Chris runs his own recording studio, 21st. Century Blues Studios, in New Orleans.

David Klanecky understands as well as any local how critical energy is for transportation. David has worked all over the world in roles that focus on humanity’s environmental impact, and he has seen how different cultures approach the tasks of transportation and electricity generation. Today he works with companies to pave the way for humanity’s new relationship with transportation by exploring more effective ways to produce and store energy. Looking at the ever-present challenge of energy storage, he is working to prepare us for the moment when electric cars become the standard in transportation by storing and distributing renewable sources of energy more efficiently. David’s work is on the forefront of tomorrow’s energy paradigm, and he is implementing the solutions for the future in Baton Rouge today.

For Dr. Amanda Exner Staiano work is all fun and games. As a developmental psychologist at Pennington Biomedical Research Center, Amanda’s idea of fun includes researching childhood obesity, early detection of obesity and the chronic diseases that often occur with them. Through “exergaming,” she explores how combining exercise and technology can combat the rising problem of childhood obesity. For Amanda, the answer to reducing Louisiana's 33 percent childhood obesity rate is to meet the kids on their own playing field — the virtual one.

When Dr. Hector Alila founded his Baton Rouge-based biopharmaceutical firm, he chose an apt name: Esperance Pharmaceuticals, which translates to “hope” in French. The company is offering hope for one of humanity’s most difficult medical challenges through the development of a new class of targeted anticancer drugs that selectively kill cancer cells without harming normal cells. Esperance has partnered with the renowned University of Texas MD Anderson Cancer Center and attracted venture capital from around the world. Today, as President and CEO of Esperance Pharmaceuticals, Hector leads a team using cutting-edge research to develop drugs that have shown early promise in treating a variety of cancers. The work, which was built off of research started at the Pennington Biomedical Research Center, has the potential to make a lasting impact worldwide.

Dr. Mark Benfield is diving deep to learn the secrets of the most unexplored and least understood part of Earth: the world’s oceans. Mark has been obsessed with the oceans for his entire life and has spent nearly two decades at Louisiana State University discovering what lies beyond the Louisiana coast. As an oceanographer at LSU’s School of the Coast and Environment, Mark’s research pushes collaborative boundaries by forging relationships between academia and the oil and gas industry through a project known as SERPENT. Using robotic eyes to survey the depths of the Gulf of Mexico, Mark has made a number of deep-water discoveries that are changing science’s understanding of life in the extreme depths of the oceans.

With every new scientific discovery the wonders of this world — and beyond — continue to add more questions to our quest for knowledge. Dr. Gary King, a professor of biological sciences at Louisiana State University, explores these questions. His work on volcanic systems’ effects on microbial organisms and bacteria’s impact on gases in the atmosphere, among other things, has led him to studies across the globe. His passion for research not only includes learning how microbes affect the Earth, but how they might have survived on Mars in the past or could even change the red planet’s future. We will never know everything, but Gary’s work shows that creative exploration is the greatest aid to discovery — not only for our home, but also for the entire universe in which we live.

Ginger Guttner’s job is not like most peoples’. As the director of public relations for the LSU School of Veterinary Medicine, Ginger’s expertise heralds from communicating the best work of her human and animal colleagues. For over 11 years Ginger has brought humor to LSUVM’s media and publications, and for the past six has brought a voice to Mike the Tiger. By combining informative presentations, current events and behind-the-scenes photos, Ginger lends a fun and accessible voice to one of LSU’s most notable programs. Ginger’s work day may include anything from fielding questions about why Mike the Tiger opts out of game attendance to scheduling television interviews for LSUVM staff. For Ginger, it’s just another day on the job.​

Typically, when the need for athletic equipment arises, most people will turn to their local sporting goods store. If you’re an out-of-the-box thinker like Joseph Tucker, you may opt to invent your own athletic equipment. Using the challenges he faced while marathon training, the athlete-turned-CEO used his ingenuity to produce a hands-free hydration tool. His self-watering mouth guard is pushing the boundaries of sports and fitness technology to help athletes in a variety of disciplines to maximize and maintain their peak performance. A Louisiana native, Joseph stuck to his in-state roots by utilizing the Louisiana Business and Technology Center and Innovation Park located in Baton Rouge.

Known as "The Category Five General," Retired Lt. Gen. Russel Honoré gained national acclaim for his role as commander of the Joint Katrina Task Force, leading the recovery efforts for one of the worst natural disasters in American history. A Southern University graduate and Louisiana native, General Honoré used his no-nonsense leadership and mastery of logistics to help accelerate recovery efforts in New Orleans and beyond. Before Katrina, Honoré served as commander of the First U.S. Army, overseeing the training, mobilization and deployment of Army Reserve and National Guard units in the eastern United States. Honoré retired from the Army in 2008 after 37 years of distinguished service. He has remained busy since, currently holding seven honorary doctorates in addition to his master’s degree in human resources from Troy University, Alabama.

Where some see disparate issues, Sister Judith Brun, CSJ, sees a single solution. Sister Judith has been a force for positive change in Greater Baton Rouge, LA for over 40 years as an educator and humanitarian. A passionate advocate for young people, Sister Judith began teaching in 1972 and served as a high school principal for 25 years. In the aftermath of Hurricane Katrina, Sister Judith founded the Community Initiatives Foundation to provide one-on-one support for displaced children and families. Since then, she has expanded CIF to address the needs of underserved Baton Rouge neighborhoods through on-the-ground programs like Take Care Baton Rouge. Through these efforts she challenges the traditional model of social support, encouraging collaboration over accommodation and relationships over charity. Community challenges are like a puzzle, and Sister Judith sees people from all different backgrounds as vital pieces for success.

Jesse Allison (Louisiana State University Professor of Experimental Music), Derick Ostrenko (LSU Professor of Digital Art), and Vincent Cellucci (poet and LSU Communication across the Curriculum Art + Design Coordinator) pooled their collective knowledge for this performance and plan to continue this line of inquiry for future performances and iterations of the app. 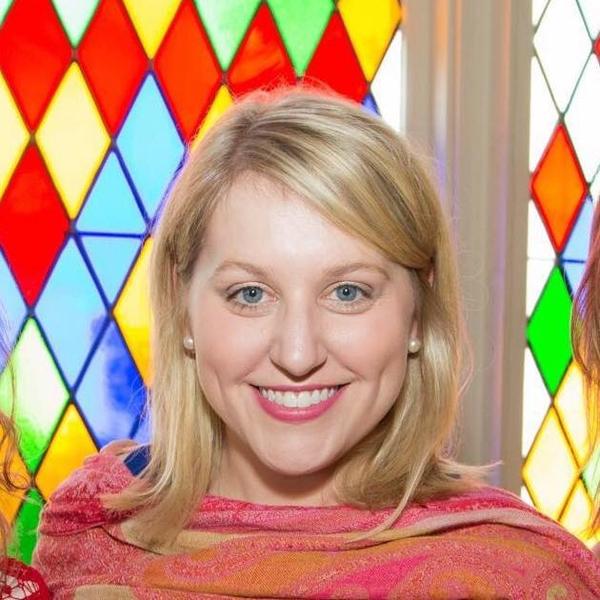 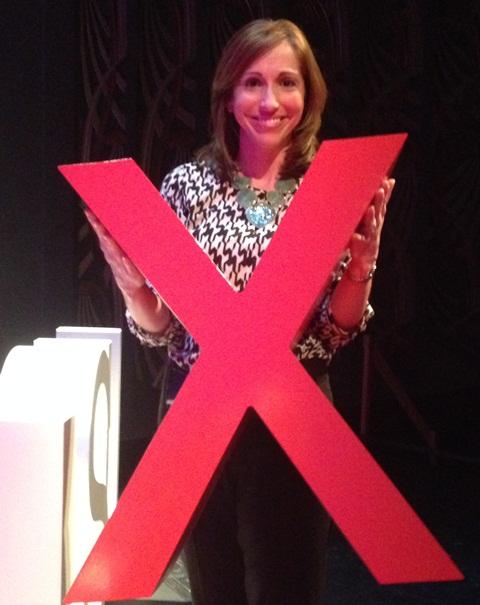