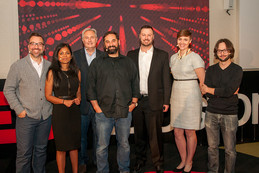 What happens when a group of people rally around a radical idea and set in motion unlimited possibilities for a brighter future? A Revolution.

More than two centuries ago, ordinary citizens in Boston dreamed of a democracy and launched a revolution that changed the course of human history in extraordinary ways. That innovative spirit still thrives today in our forward thinkers and accomplished doers. At TEDxBoston, we celebrate their ideas and their passion for improving the way citizens of the world learn, live, give, work, and play.

Dr. Andrew Ng is Chief Scientist at Baidu, where he is responsible for driving the company’s global AI strategy and infrastructure. He leads Baidu Research in Beijing and Silicon Valley as well as technical teams in the areas of speech, image search and big data. In addition to his role at Baidu, Dr. Ng is Chairman and Co-founder of Coursera, the worlds largest Massive Open Online Courses (MOOC) platform. He is also an Adjunct Professor at Stanford University’s Computer Science Department. Dr. Ng has authored or co-authored over 100 research papers in machine learning, robotics and related fields. In 2013 he was named to the Time 100 list of the most influential persons in the world. He holds degrees from Carnegie Mellon University, MIT and the University of California, Berkeley.

Ben Vigoda is Founder, CEO/CTO of Gamalon Machine Intelligence. Before founding Gamalon, Ben was technical co-founder and CEO of Lyric Semiconductor, a startup that created the first integrated circuits and processor architectures for statistical machine learning and signal processing. He currently serves on the DARPA Information Science and Technology (ISAT) steering committee. Ben also co-founded Design That Matters, a not-for-profit that for the past decade has helped solve engineering and design problems in under-served communities and has saved thousands of infant lives by developing low-cost, easy-to-use medical technology such as infant incubators, UV therapy, pulse oximeters, and IV drip systems that have been fielded in 20 countries. Ben completed his PhD at MIT developing circuits for implementing machine learning algorithms natively in hardware.

Hugo Larochelle is a Research Scientist at Twitter and an Assistant Professor at the Université de Sherbrooke (UdeS). Before 2011, he spent two years in the machine learning group at the University of Toronto, as a postdoctoral fellow under the supervision of Geoffrey Hinton. He obtained his Ph.D. at Université de Montréal, under the supervision of Yoshua Bengio. He is the recipient of two Google Faculty Awards. His professional involvement includes associate editor for the IEEE Transactions on Pattern Analysis and Machine Intelligence (TPAMI), member of the editorial board of the Journal of Artificial Intelligence Research (JAIR) and program chair for the International Conference on Learning Representations (ICLR) of 2015, 2016 and 2017.

Suchi Saria is a professor of computer science and health policy, and director of the Machine Learning and Health Lab at Johns Hopkins University. Her research is focused on designing data solutions for providing individualized care. 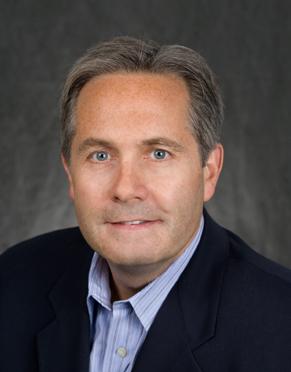