In 2015, we curated our 33rd and most significant TEDxSingapore ever since we were founded six years ago. 'The Undiscovered Country' celebrated the rich diversity of ideas, talents and stories from Singapore’s past and present, and explored and asked: What latent potential lie within us and in Singapore? What runs deep within you about our past and future? What undiscovered aspects of yourself and of Singapore shall we express? What possibilities shall we imagine?

TEDxSingapore2015 featured over 30 speakers, artists and musicians, and three TED speakers, including the most prolific TED speaker in history, Hans Rosling, and the founder of Lonely Planet, Tony Wheeler. We also created a huge idea space with a specially-curated bookshop, WalkTheTalk tours, hands-on innovation demos, interactive activities to connect and co-create.

Civil servant, poet, community activist, conversation facilitator, leadership educator. Aaron is constantly seeking out the deep stories we tell ourselves, which define us and help us live out the diverse, overlapping and mutually enriching identities that make us who we are.

For 10 years, Chan Chow Wah has dedicated his life to unmasking the hidden mysteries of Singapore’s wartime heritage. A fellow of the Royal Anthropological Institute, he is drawn by a strong sense of curiosity and also conducts multi-sensory experience tours recreating the historical settings, as he says, “It’s about recovering of a forgotten history, engaging and creating new audiences through new and creative avenues.”

As head of Housing and Development Board of Singapore, Cheong Koon Hean oversees the development and management of some 1 million public housing flats in 23 towns. She formulated a roadmap to develop better designed, more sustainable and community centric towns. The first woman to head the Urban Redevelopment Authority, she led the planning of the Marina Bay precinct, creating a signature skyline for Singapore and a vibrant live-work-play destination.

When Crystal Goh was diagnosed with Spasmodic Dysphonia in April 2011, she didn’t know if she would ever sing again. And yet, she believes that we can voice hope in the midst of pain. She founded Diamonds On The Street to co-create music, stories and performances with communities and individuals; turning wounded histories into stories of hope. Today, she continues to help at-risk youths to derive meaning from crises and transform pain into new narratives about their lives and possibilities. www.diamondsonthestreet.com

In "The Big Red Dot", which Dylan co-wrote and illustrated, he expresses his hopes for his home Singapore and about the journey in life we all take as a child or as an adult. bigreddot.sg

Designer, author, film maker and director of the Eames Office, Eames Demetrios has spearheaded the successful re-discovery of the design heritage and legacy of his grandparents, Charles and Ray Eames, by new generations. www.eamesdemetrios.com

Eugene Soh was a programmer whose singular photographic piece contextualising "The Last Supper" in a local hawker centre setting surfaced on social media. That discovery, with its tongue-in-cheek commentary on contemporary life in Singapore, catapulted him into a newfound profession. www.dude.sg

Gwee Li Sui's demeanour belies his expertise across multiple fields. A literary critic, a poet, and a graphic artist, he wrote Singapore's first full-length comic-book novel, and published a volume of humorous verse, Who Wants to Buy a Book of Poems? A staunchly independent voice on a wide range of cultural topics, he entertains and rivets with his Facebook posts and tweets.

Honor is an artist-technologist and directs the ArtScience Museum in Singapore, the only one of its kind in the world. https://honorharger.wordpress.com/about/

Little did architect Jerry Ong expect when he first undertook the design of Khoo Teck Puat hospital in Singapore that he would be pioneering brand new approaches, ideas and innovations in the architecture of wellness.

Kelvin is a passionate champion for all of us to be conscious stewards of our marine heritage and future.

Shiao-Yin believes in helping young people realise their capacity to impact their culture and community through thoughtful work. She is passionate about innovation, entrepreneurship, creativity, resilience and the power of personal story. As co-founder of The Thought Collective, she builds up the social and emotional capital of Singapore, contextualising public conversation to advance the common good.

Once a shy girl, Nur Laila broke out of her shell when she joined Singapore Creations Etc., a platform for young people of different socio-economic and cultural backgrounds to affect change through the performing arts. She is now active in numerous projects, and strongly believes in the power of arts as a way to learn and grow in life. Budding songbird Chelsea has always been involved in the arts. Through Singapore Creations Etc., she is able to hone her skills in singing while also experiencing other aspects of the performing arts. Highly passionate about performing, she has grown to appreciate the arts as a way of self-expression.

A woman who is passionate and driven, Lena Chan documents, protects, and enhances biodiversity as she works to educate people and organisations about Singapore’s rich terrestrial and marine biodiversity. She has been a pioneer in the development of Singapore Index on Cities' Biodiversity since 2009.

Marc Nair captures moments of life in poetry and photography from Singapore and all around the world. Constantly asked where he comes from, he writes poems as a way to stake his identity in a world that, ironically, is being flattened out more and more. His poetry blends everyday observations of the ironic and quirky with larger political and social issues. Call it ‘a poetics of the present’. www.marcnair.com

Melanie Cook predicts our future will be shaped by systems of hope and not the outmoded leadership ones we have constructed. She believes people are motivated by hope for a better future rather than simply following outdated leaders. http://melaniecook.me/

Melissa has worked in the public, private and community sectors as an anthropologist, researcher, educational programme designer, social innovator and most recently, as a catalyst of change. As head of National Volunteer and Philanthropy Centre, she mobilises resources and people to aid in community development. www.NVPC.org.sg

Michelle Lim is versatile and cross-disciplinary and has been an industrial designer and educator of youth-at-risk. She has exhibited her artwork in shows, locally and abroad, almost always involving the notion of food and domestic life. She hopes that the interaction through her ceramic and clay work will allow people to question the craft’s materiality, and appreciate our commonality.

Noel Hidalgo Tan's unique background as a journalist along with his expertise in rock art archaeology enabled him to discover a 900-year secret in the temple ruins of South-East Asia, and created waves in the world and the archaeology community after he revealed them. As he says, "Such discoveries are what we live for and what drive us as archaeologists."

For the last 20 years, Randolf has been an experimenter and pioneer in layering his voice and guitar to create intricately arranged soundscapes and compositions. Considered one of the finest solo live looping artists in the word, his live performances are ever-changing organisms, powered by his own creative intentions and interactions with his audience. He has headlined at world renowned music events such as the Y2K10 International Live Looping Festival.

Steve Tucker is an expert in medical technology and digital health. By studying information from multiple sources, such as personal genetics, metabolic testing, sensors and activity trackers, he helps patients develop personalized health plans that combine the elements of behavioral change to prevent and treat diseases, including heart disease, stroke, diabetes and cancer. www.tuckermedical.com

Tan Tin Wee is fascinatingly a professor of biochemistry, an internet pioneer and a supercomputer designer at the same time, a true inter-disciplinarian. He heads A*STAR Computational Resource Centre and the National Supercomputing Centre of Singapore.

Tara Hirebet’s work has taken her all over Asia – from market research in Pune, India and copywriting in Shanghai and Beijing to trendspotting in Singapore. She has spoken at events such as SXSW, TEDxSingapore City 2.0, and the Mashable Social Good Summit Singapore. “This isn’t a world to play it safe if you want to remain a market leader and a trendsetter versus a follower,” she says.

Thierry Diagana leads the malaria programme at Novartis Institute for Tropical Diseases in Singapore. Over the last few years he and his team have been exploring new drug discovery approaches for malaria, which was awarded MMV’s Project of the Year in 2009.

Travel writer and co-founder of The Lonely Planet

Tony grew up in Pakistan, the Bahamas, Canada, America and England, never spending as much as two years in the same school. After travelling across Europe with Maureen Wheeler, the pair arrived in Melbourne in 1972 with 27 cents between them, and put out their first book, Across Asia on the Cheap, from their kitchen table in 1973, the genesis of the Lonely Planet. Singapore was only seven years old when Tony made his first visit to the newly independent nation.

In 2003, Zakir Hossain Khokhon left his father, wife and son to come and work in construction in Singapore. A freelance journalist in Dhaka. Zakir struck hearts and inspired his audience when he won first prize at the first ever Migrant Workers Poetry Competition in 2014 and 2015. www.singaporeworkerpoetry.com 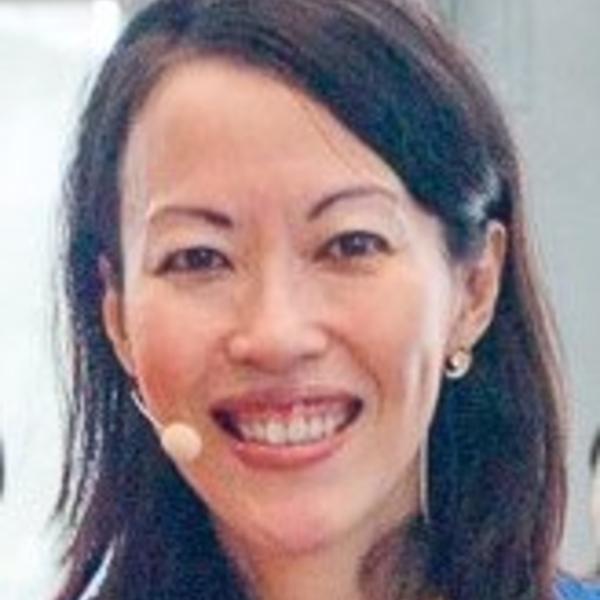