At TEDx MSIT, our aim is to agglomerate brilliant minds under one roof to tinkle some brain cells and leave the audience pondering deeply over the discussed issues. The panel of speakers hail from multifarious backgrounds as per the TEDx guidelines with a wide array of diverse themes promising to provide a once in a life time experience to all the attendees and ignite a kaleidoscope of brighter ideas among young minds.
Email: tedxmsit@gmail.com
Facebook : https://www.facebook.com/TEDxMSIT
Twitter : https://twitter.com/TEDxMSIT

MSIT
Maharaja Surajmal Institute of Technology (MSIT) is one of the prestigious institutions under Guru Gobind Singh Indraprastha University, Delhi that nurtures the intellect and personality of future generations of leaders, innovators, creators, independent thinkers and responsible global citizens. The college is one of the tripartite institutions governed by the Surajmal Memorial Education Society and is well known in the sphere of academics as well as for its array of technical and cultural fiestas hosted annually with great exhilaration. It is a nursery for some wonderful and promising ideas being nurtured by future leaders of the world. With a highly rich heritage and a blazing future, we provide the ideal platform for reaching out to the masses and striking the right cords with them.

TEDx MSIT is a sedulous and result oriented team of budding engineers, working round the clock to make each of its endeavours as quintessential as possible. The selection process for the team began with extensive online and offline publicity on the campus. After rigorously screening an odd lot of about 400 students, a 25 member army of young and diligent students was narrowed down to be part of TEDx MSIT. The society is efficiently managed into smaller groups to take care of five different departments and work in synchronous with each other. TEDx MSIT is rapidly becoming a name in itself and is primed to pounce upon any opportunity that comes its way.

Shri. Abhayanand is the co-founder of the exalted Super30 classroom program and flourishingly served as the Director General of Police in Bihar government. He is an IPS officer, a social activist,an educationalist and an altruistic man who has given wings to hundreds of young dreams. His dynamic, self-driven and propelling persona has provided exemplary service to the people of this country in diverse fields. From his role as a mentor to his mantle as a policy maker, Abhayanand has portrayed the true meaning of social welfare by dedicating himself to the nation and it’s people, bringing about change through his revolutionary ideas and thriving attitude. He has single handedly proved that fortitude and perseverance, alongside a promising vision alone are the key to development.

If Origami is a religion then Ankon is god. Ankon Mitra has brought some fresh flowering of the ancient technique of Origami, compelling his audience to sit up and take notice of the potentials of the craft. He is a Gold Medallist from the illustrious School of Planning and Architecture and a renowned Origami artist. His profound research on the traditional Japanese paper art has excavated some of its deep-seated capabilities. His findings include uses of origami not just as an art form but also as a solution to be used in multiple disciplines. He has proved to be a great force behind the resurgence of Origami in India in myriad domains. Origami and Universe, as he believes are kindred, just like origami is all about creating an exquisite object by folding and unfolding a square sheet, our universe too constantly folds and unfolds into innumerable things. This cosmic understanding has truly helped him envisage great concepts.

With an ardent motive of strengthening the Indo-US ties, Chad Norberg is the Trade and Technology Unit Head at the Embassy of United States Of America in India. His sincere fidelity to the bond the two countries share has flowered in boundless congeniality between them. The American Embassy in New Delhi stands as a symbol of Indian-American collaboration in design and craftsmanship, emblematic of the long friendship between India and the United States. He takes pride in the prowess of India as a world leader; politically, militarily, economically, and culturally. Mr. Norberg puts full faith in our country and envisions it as an overseer whose economy has what it takes to eliminate poverty not only in its own country, but also across Asia. He envisions India as a foreman on the UN Security Council taking over a huge responsibility, which is extremely commendable. He has done extra ordinarily well in his field bridging the gap between two nations.

Dr.Tirath Das Dogra is an eminent Indian forensic pathologist who has worked on bizarre cases such as the Nithari Killing. He is the former director of AIIMS and an authority on forensic medicine. His work has been instrumental in many outlandish cases including his forensic investigations in the Ishrath Jahan fake encounter case. His medico legal cases also comprise the assassination of Indira Gandhi and Madhavrao Scindia air crash. His contribution has been extensive in the field of medical sciences and succored in its growth. He is a genius, a rare expert who has dealt with the most unconventional cases from all parts of the country and provided consultation and expert opinion in most complicated medico-legal issues. He is undoubtedly a medical marvel with an unparalleled aptitude in his field of expertise.

Tenacity and resilience best describe Dr. Seema Rao- India's first woman commando trainer who has been associated with Indian Special forces for more than 18 years without any compensation and is a pioneer in the tactical “close quarter battle” technique. She has contributed to training over 15,000 soldiers in modern close quarter battle. Not only is she a certified doctor in conventional medicine but also has an MBA in crisis management. Dr. Rao is a HMI medalist from Army Mountaineering Institute and a 7th degree Blackbelt in military martial arts. She is one of the few of instructors in the world authorised to teach ‘Jeet Kune Do’. She is driven by her unaltering determination towards national service and her altruistic work in training the exuberant and fearless young soldiers of the nation brings along immense pride to the country. Her unwavering spirits and devoted service to the nation is an example of intense dedication and benovelence.

Gurlad Singh Kahlon is the chairman estates of Delhi Sikh Gurudwara Prabandhak Committee and has addressed hundreds of devotees at various functions in Gurudwara Sahib enlightening the sangat with the teachings of Shri Guru Granth Sahib, a holy book of Sikhs. He is an embodiment of calmness, generosity and is enriched with high moral values. Also in association with the Rotary Club, he whole heartedly organized and promoted 'The Rotary Blood Donation Camp' at Gurudwara Bangla Sahib. Thinking out of the box, he took an initiative to open the first computer training centre in Tihar Jail for the rehabilitation of the criminals. He has been a member of 'Shiromani Akali Dal' and has worked to improve the condition of Punjab. He is the chairman of Guruharkrishan Poly Clinic and has also served Bala Pritam Diagnostic Centre.

Leena Bansal, popularly known as Miss Walking Shoes, is a globe-trotter who quit her job and went on a crazy self-funded solo expedition to 32 countries across the world. She is a crusader, an adrenaline junkie, a gastronaut and lives out of a backpack majorly. At only 9 years of age, she knew that her calling in life is to walk down the road less travelled and 15 years later, she had already wended through countless realms of Earth! Leena is a one woman army, who mastered budgeting, planning and managing to traverse the planet all by herself. Her peregrinations were no less than a pilgrimage, adding lots of tangible and intangible values to her personality. Leena’s crazy voyages inspires us to explore the world beyond our horizons!

India’s most jocular, scintillating and uproarious artist, Neeti Patla is a famous female standup comedian who was ranked first amongst the Top 20 standup comedians of India in 2014. She was the first Indian to perform at the prestigious Melbourne Comedy Festival in 2013. Her performance was immensely cherished at the famous Colin Mochrie and Brad Sherwood Show and was perceived as the best standup comic at Oz Fest. She has also written episodes for ‘Gali gali Sim Sim’, a popular children’s TV show. Neeti’s hysterical gigs possess the power of not only cheering up the depressed but even making the grumpiest of them all crack up and laugh their lungs out. With an unparalleled sense of humour, her videos make quiet the waves amongst the youngsters. She truly puts the word comedy in ‘comedian’ with her eccentricity and quirkiness.

Srijan Mahajan is a musician, who has been associated with the popular rock and roll band Parikrama since 2007. Drumming for a total of twelve years and already an active member of popular erst and present Delhi bands: CYANIDE and HALF STEP DOWN, Srijan has created quite a storm in the Rock music circuit with his unparalleled drumming skills. He has played over 3000 concerts across the globe, performing at a number of esteemed stages with Parikrama. Their single But It Rained featured on Rolling Stones India's "25 Greatest Indian Rock Songs of the last 25 Years". Srijan has also gathered quite a following on social media for himself for his exceptional photography skills he showcases while travelling around the world. He is truly a genius in disguise, making a mark in the music industry with his benign presence.

Guruji Sayed Sallauddin Pasha is a two time National Award recipient, a Guinness Record holder and an internationally recognized brand for avant-garde ‘therapeutic theatre’ productions for persons with special needs. His choreography on wheelchairs has adorned the stage of popular shows of the league of Satyamev Jayate, India’s Got Talent and Dance India Dance. His pioneering work has concocted socio – cultural equality & excellence in art & culture for the differently abled, which is first of its kind on the planet. His foundation, ‘Ability Unlimited’, is a unique therapeutic dance theatre on Wheelchairs which imparts one of its kind training to the disabled students. He comes from a family of healers and treating people has always been an intrinsic part of his upbringing. Guruji has effectively used dance & music therapy to heal the differently abled and emancipate them from this condemnatory society. 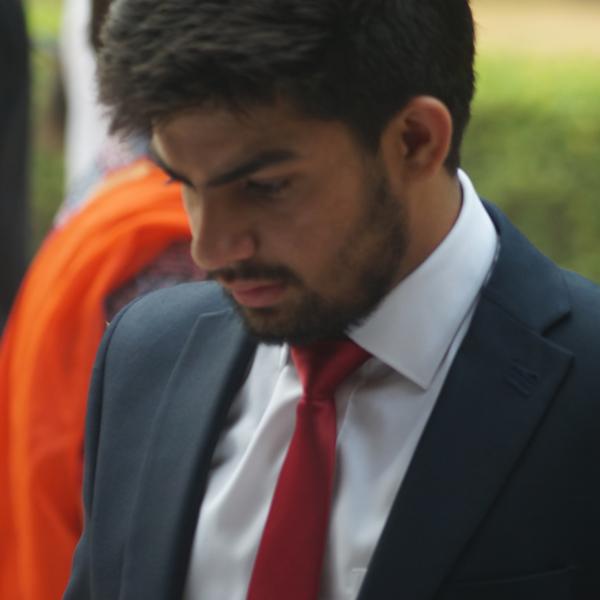