Arun graduated with a bachelor’s degree in biotechnology from Tamil Nadu Agricultural University (TNAU). He then realized that his interests were mainly devoted towards the application of biotechnology to the food processing sector that led him to work on projects such as pro-biotic food development, and pigment production from micro-organisms. Having decided that, he wanted to pursue his education further in the field of food science and processing. Thanks to the Ratan Tata fellowship, he graduated in 2012 from Cornell University, New York with a dual master’s degree in Food Science and Technology and TNAU, India in Food processing and marketing, specializing in product development. He took up a trainee position as a Chocolatier under the guidance of much acclaimed Dominique Personne of ‘The Chocolate Line’ fame in Belgium. It was there he began perfecting my chocolate making skills and lauded as an artisan of fine chocolates.

CK Kumaravel,co founder of the most admirable salon brand. Naturals is a visioneer in his own right. Credited with eradicating the word ‘house wife’ The starting point was his encouraging his wife, Veena to start something new. Naturals grew from a small seed of an idea and is today a 250+ strong salon chain webbing across the country. The success story of Naturals dates a decade back when the seeds for the salon were sown by Founder, Mrs.K Veena. Started off with a humble amount of With the aim of earning 60,000 bucks, now Naturals has grown into huge entity. The main focus of Naturals at present is widening its reach further through the franchise mode in order to span operations quicker across the country.

Dr R VetriVendan ,BSMS, MSc (yoga therapy) has graduated siddha medicine from TN DR MGR Medical university . After completion of siddha medicine due to his immense interest decided to take yoga as a speciality and did his post graduation in yoga therapy from swami vivekananda yoga university Bangalore. And another from Tamil Nadu Physical Education and Sports University, Chennai. After completing his studies he joined in tamilnadu government service on 2001, and currently working as siddha medical officer in govt hospital, vembadithalam, Salem dist. He owns a holistic clinic named VASISTA CLINIC.He has been to Malaysia as invited govt guest speaker to deliver address on yoga and Siddha medicine in international conference on Siddha medicine conducted by ministry of health, govt of Malaysia on 2013

An household name in Tamil Nadu today, Dr Sivaraman has taken multi-tasking to a new height. Besides being a most-sought after Siddha practitioner - His very successful Arogya Siddha hospital in Chennai can be seen brimming with patients day after day – Dr Sivaraman is also a prolific writer, a passionate environmentalist and a connoisseur of organic food - all rolled into one. It is only natural that a person of such caliber has been a recipient of several awards including Best writer award Journalism for development & Social change for the year 2013- for AARAAM THINAI Column, Anandhavikatan, Best Doctor Award- conferred by Tamilnadu Dr. MGR Medical University for exemplary contribution in the field of Siddha Medicine 0n April 2012, SKM- Best Clinical Practitioner award for 2010 and Tamil Nadu Govt. Best book award for the year 2004 for the book Vaanga vaazhalam.

Gagan Nandi, a 24-year old, kickstarted a cleanliness drive which has turned Basavanagudi from a garbage dump to an area with neat and clean corners. Know more about this amazing cleanliness drive. Every morning, as Gagan Nandi left for work, he would see the same sight — people throwing garbage on the roadside — making the locality more of a dumping ground than a place to live. Highly inspired by PM Modi’s Swachha Bharat Abhiyaan, this 24-year old HR professional then decided to take matters into his own hands and started a cleanliness drive in his locality.

H Ramakrishnan was born on Christmas Day 1941, in Trivandrum, Kerala, India to R Harihara Iyer and Vijayalakshmi. Has over 40 years of experience as a journalist. He has worked in State-run media Doordarshan, (All India Radio), Press Information Bureau and Directorate of Advertising and Visual Publicity in various capacities. Affected by polio at the age of two-and-a-half years, H Ramakrishnan had to battle out every step in life. Even when he had to attend school he was denied admission to the local school and had to be taken to a different school in a different town by his maternal grandfather. After he passed the UPSC exam when Ramakrishnan went to join duty as either news reader, translator or reporter but he was not accepted for the post because of his handicap (he has polio in both his legs).Despite having a disability of 85 percent, Ramakrishnan moved around by buses till he got a side car scooter.

An teenage scientist, a researcher, serial innovator, a software developer, motivational speaker, science campaigner, a professional coin collector and a teacher, Tenith has a lot of achievements in his kitty and he makes sure he learns something new every day. This 17 year-old teen who already has 19 inventions under his name, also bagged 2 Guinness world records attempt, 13 international awards, 9 national awards and 9 state awards. Tenith graduated from high school and currently pursuing his 1st year computer science engineering at SVS College of Engineering, Coimbatore. He is a Global youth Ambassador of science and first Innovation Scholar of India.

MKC has 30 years of experience in sales, marketing & consumer research. Having worked for leading brands including Castrol, BP& Glaxo across different segments and geographies, MKC has a deep understanding of the market segments and the requirements. MKC is responsible for branding, marketing, sales & distribution.

Raghav Boggaram is a graduate from Western Michigan University and have finished my Masters from Manchester Business School. Equipped with the foreign exposure and work experience, he wanted to build a successful enterprise in India. He returned to India and successfully grew a pharmaceutical CMO for a couple of years. He actively mentors and contributes to the growth of many entrepreneurs. He is the winner of the Young Innovator Award at "FKCCI Innovation Excellence Awards 2014". He is the co founder of Renew IT, Bangalore.

After completing his schooling from Montfort School, Yercaud, he did his bachelor of engineering in mechanical department in the year 1990 at Government college of Engineering, Salem. While studying at college other than his academics, he was very active in the co curricular activities involving all his fellow students in the arts and cultural events. Moreover he is a sports person, a state level volley ball player and he is a great music lover. He is an industrialist and runs his own textile business. He was the first one in India to import rapier looms from china

Rohini is an Indian actress, lyricist, screenwriter, voice actor and director. She has mainly acted in south Indian, notably Malayalam and Tamil films. Having started her acting career at five, she has about 130 south Indian films to her credit. She received National Award of Special mention and Andhra Pradesh State Award for Best Female Actor in the year 1996 for the film Sthree. Being an activist for AIDS awareness, Rohini has also directed short films for M.G.R. Medical University and Tamil Nadu Aids Control Society. In 2008, Rohini had directed a 50-minute documentary Silent Hues about film industry’s child artists, she being one herself. In 2013, she has directed a feature film Appavin Meesai which is yet to be released

Siddharth is currently working as Chief Manager-Training with IndusInd Bank at Chennai. He has been with IndusInd Bank since 2010 and prior to that he was with RBS (previously ABN Amro) in the Trade Finance Division for more than 5 years. Siddharth is a person with Cerebral Palsy, post a jaundice attack when he was few days old which significantly impacted his body movement and speech clarity. This has consequential impact on his ability to write and general reaction time. Having said the above, Siddharth has never let this condition as an impediment to his achievements and goals. While he went to a “special school” earlier, but soon got into the main stream and since then leads a life in a society which make things extremely difficult and challenging for him. 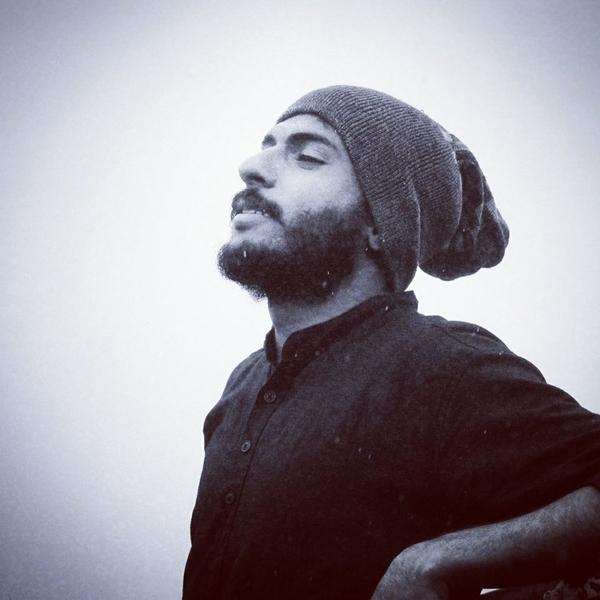 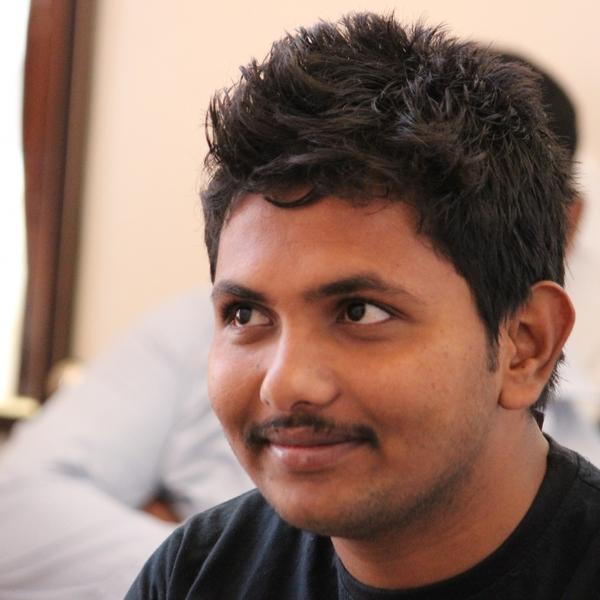