Theme: Made In The Future 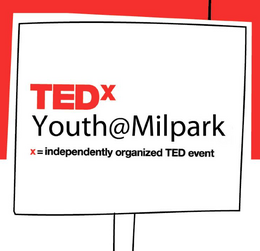 TEDxYouth@Milpark is a half day event for young people, with live speakers, hands-on activities and great conversations. Scientists, designers, technologists, explorers, artists, performers (and more!) share short talks on what they do best, serving both as a source of knowledge and inspiration for youth around the globe.

At TEDxYouth@Milpark— young people will gather to explore the event's theme, "Made in the Future". This theme will provide youth with new perspectives on their own future job possibilities beyond traditional careers, some of which may not yet exist. TEDxYouth 2015 is an opportunity for youth to think about the world in 2035, and to engage with experts who consider the corners of our intangible imagination to be the foundation for our potential future reality.

David Lewis is an Executive Director of the Corruption Watch, he has also chaired the Competition Tribunal for a decade from its founding in 1999. He received his training in economics from the universities of the Witwatersrand and Cape Town, and between 1975 and 1990 he worked in the trade union movement, serving as general secretary of the General Workers Union and national organiser of the Transport and General Workers Union.

Esther van Eeden is a Sustainability Consultant, As an MSc Sustainable Design graduate from Cardiff University, Esther decided to use her knowledge in design, marketing and sustainability to assist multi-disciplinary teams in designing innovative solutions to create a healthier, inspiring world for all.

A Rebel With A Cause

Joshua Lafazan became one of the youngest elected officials in the history of New York State when at 18 years of age he was elected to the Syosset School Board of Education, receiving 82% of the vote in May of 2012. At the time of the election, Joshua was Senior Class President, graduating from Syosset High School in June of 2012. In December of 2013 Joshua received his Associates Degree from the Honors Program at Nassau Community College. Joshua is currently enrolled in the Cornell University ILR School.

Known as the "Taxi Driver Photographer", most of Kgomotso's popular work immortalizes the lives and experiences of South African taxi drivers, particularly at their place of work. His work has been recognized by publications such as Mail&Gaurdian and television channel, ETV. He captures real-life images that people are often too uncomfortable to talk about; he hopes that his pictures will help initiate a dialogue amongst those who get to see them.Born in Alexandra Township and raised in Ga-Maja, a village in Polokwane, Kgomotso relocated to Auckland Park, Johannesburg, in 2008 with the intention to study law at the University of Johannesburg. Kgomotso is a nomad and self-starter at heart who'll go wherever a good picture might be waiting for him.

Lebogang Rasethaba grew up in South Africa, spent five years in China completing his master’s in film studies, and returned to his mother continent with a remarkable skill set and a handy fluency in Mandarin. In the short time since, Lebogang has made his mark on the world of branded content, working with a spread of international brands and featuring regularly on sites like Highsnobiety, i-D and Vice. He delivers an intoxicating mix of visual richness and provocative storytelling in his work. Lebogang has completed two feature-length documentaries, Future Sound of Msanzi, and Prisoner 46764: The Untold Legacy of Andrew Mlangeni, which have both enjoyed international acclaim, screening at festivals around the world. “There is this intensely creative, unapologetically young and curious energy in South Africa that I sense and subscribe to; it’s really infectious and I point my camera in that direction.”

Sarah Charlton teaches in the School of Architecture and Planning at Wits and is a member of its Centre for Urbanism and Built Environment Studies (CUBES). She has a background in local government and in the non-profit sector where she focussed on low-income housing and informal settlements. Her research explores the ways in which poor people make use of the city, with a particular interest in the geographies of ‘home’ and ‘work’. She is also concerned with state interventions in low income housing and infrastructure, and peoples’ responses to these. She holds a PhD in Town and Regional Planning from the University of Sheffield.

Publisher and CEO of Daily Maverick

After being expelled from the halls of finance houses for possessing an inkling of wit, this budding entrepreneur spends his days bird watching and managing the launch of iMaverick. He has a passion for taking businesses from ideas to execution and beyond, using his extensive experience in business planning and financial modeling. He has worked on various start-up ventures in the Telecoms and Media industries. Aside from leading operations at Daily Maverick, iMaverick and Free African Media, Charalambous is a professional opinionista and closet stand-up comedian.

Tegan Bristow is an Interactive Media Artist and Lecturer at the Digital Arts Division of the Wits School of the Arts. Lines of computer code are to her what a golden sunset is to a landscape painter – the stuff of inspiration and the spark of creative potential. Tegan is most interested in the space that digital art affords interaction and engagement, the place where she believes meaning is made. In July, Tegan collaborated with musician Joao Orecchia on a 14 day Floating Reverie online digital arts residency. “Draw a straight line and follow it”, a quote by La Mont Young, formed the premise of her project Code Lines. Along with being involved in Africa’s first digital festival to be held in Joburg next month, creating art and lecturing, she is also working towards her PhD and regularly writes and presents papers at interactive technology forums around the world. 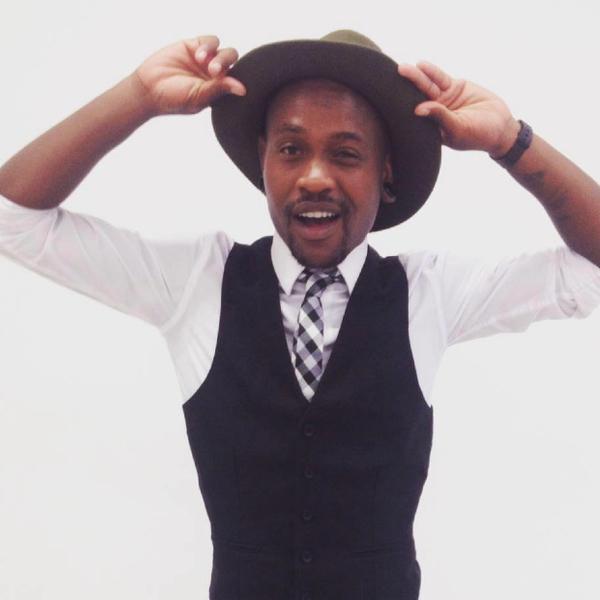