This year we’re going to be highlighting speakers who not only have big visions for Africa, but speakers who have faced the tough challenges of trying to make their visions a reality.

We’re going to not only connect you with people committed to shaping the African continent, but people with the entrepreneurial spirit to make things happen.

So if you want to not only be inspired, but move forward with the ideas you’ve been buzzing inside about…
If you want to connect with the entrepreneurs and the thought leaders who will make your future challenges easier…
If you want to find out what it really takes to make that dream a reality, and to meet that strategic partner who will help make your vision a reality…Then come join us at TEDxEuston.

Let’s not only talk about the African continent.

Abdoulaye Samb is a guitarist, singer and composer from Senegal. His original music is inspired by Fula and Mandinka cultures and his distinctive musical style has grown out of his travels, collaborations and researches in Africa and Europe. Abdoulaye plays a truly remarkable Senegalese blues, which draws on elements of the rich Fula tradition interwoven with Rumba, Mbalax, Afro-Latin and deep blues. He has played with many great artists and groups such as Assane Mboup, Abdou Diop, Salam Diallo, Daby Balde, Abou Thiouballo and Baaba Maal.

Chi-Chi Nwanoku MBE is the Founder, Artistic Director of Chineke!, Europe’s first classical orchestra of Black and Ethnic Minority musicians and is also the Principal Double bassist and founder of the Orchestra of the Age of Entertainment. Chi-chi is a professor of Double Bass History Studies at the Royal Academy of Music and was made a Fellow there in 1998. Chi-chi gracefully opened the TEDxEuston 2015 stage. She declared we are all born musicians; everyone of us has a heartbeat connected to something. It was a privilege for the audience to hear her personal journey through her early introduction to music and her experiences as a black women in the classical music industry. She narrates how she is fighting the good fight to bring diversity to the classical world and encourages the audience to "Never be afraid of a challenge"

Christian Purefoy is a multimedia and digital specialist passionate about translating ideas into engaging video and digital platform content He is currently a director at BattaBox.com - the most original video entertainment you'll see out of Nigeria since Nollywood. Before BattaBox, he worked as CNN’s West Africa Correspondent, reporting on the major political and social changes in the region over the last 12 years. Before joining CNN, Purefoy was based in Lagos, Nigeria and worked as a freelance journalist writing for a variety of UK and US newspapers and publications including The Independent, The Daily Telegraph, The Times, San Francisco Chronicle and Newsweek. He is also a Yoruba Chief.

Irineu Nogueira is a Brazilian who has been living in London for the last 5 years. He has been exploring paths to express his background in Afro Brazilian Dance and Orixás through cross-discipline experiences such as opera, theatre, musicals, cinema and circus, which transformed him into a complete artist. Back in Brazil, Irineu developed a respectful reputation in the field, from which resulted several jobs worldwide including Korea, Israel, Senegal, Guinea, France, Canada. In addition he also teaches masterclasses in Capoeira throughout the world. Amongst many other projects that he directs, co-creates and produces, Abieié (rebirth, in the Yorubá language) is currently his main project, with which he dreams out loud and he aims to present Afro Brazilian culture through the qualities of contemporary dance in an active, creative and highly energetic way which directly reflects his personality as an artist.

Kechi Okwuchi is an economics graduate of the University of St. Thomas where she was the student speaker at the 2015 Commencement Ceremony. She moved to the United States of America in 2007 for reconstructive surgery after surviving the Sosoliso plane crash in Nigeria of December 10 2005, a crash that killed amongst others, 60 of Kechi’s schoolmates from Loyola Jesuit College, Abuja who were flying home for the Christmas holidays. Despite many setbacks and over 100 surgeries, Kechi remains one of the most inspirational people you’d ever meet. With a lot of help from her family and from God, Kechi intends to make the most of her second chance at life by learning as much as she can about all the things that she is passionate about.

Lindiwe Mazibuko was until recently the Leader of the Opposition in the South African National Assembly, making her the Democratic Alliance’s (DA) youngest-ever parliamentary leader and the first black woman in South African history to be elected to the post of Leader of the Opposition. Mazibuko committed herself to making Parliament the true centre of robust political debate and engagement in South Africa. In May 2014, at the end of her term and following a successful electoral campaign in which the DA grew its share of the national vote from 16% to 22%, Mazibuko announced that she would take a sabbatical from active politics. In May 2015, she graduated from Harvard University’s John F. Kennedy School of Government with a Master of Public Administration (MPA), and since September 2015 she has been in residence at the Institute of Politics (IOP) at Harvard University as a Fall Resident Fellow.

Mark Essien is the founder and Chief Executive Officer of Nigeria-based Hotels.ng, an online hotel-booking agency, which is the first and largest of its kind in Nigeria. Since establishing Hotels.ng in 2013, Mark has overseen the growth of hotel listings on the platform from just over 100 at launch to over 7,000 hotels in 21 regions of Nigeria with millions of transactions in 2014 alone. Mark Essien was born in Nigeria. He holds a Bachelor of Engineering in Computer Hardware Engineering from Beuth Hochschule and an M.Sc in Computer Science from Freie Universität, both in Berlin, Germany.

Miatta Gbanya was the Deputy Incident Manager in Liberia’s Command and Control Structure during its response to the Ebola outbreak of 2014 – 15 in Liberia. She is a trained nurse with a Master’s degree in Public Health from BRAC University in Dhaka, Bangladesh. She has also completed, amongst others, courses in International Health and Community Development at Johns Hopkins School of Public Health. She has previously worked in the Democratic Republic of Congo, The Sudan (Darfur) and South Sudan with Merlin and Malaria Consortium, managing various large-scale health projects. She returned to Liberia to manage the first Liberian Health Sector Pool Fund at the Liberian Ministry of Health and Social Welfare.

Mona Eltahawy is an award winning Egyptian-American journalist. She is writer, activist and public speaker on Arab, Muslim issues and global feminism. While covering the protests in Eygpt in November 2011, she was physically and sexually assaulted and detained by interior ministry and military intelligence. Mona became an icon of the Egyptian revolution and her piece “Why Do They Hate Us?” became a viral sensation, followed by her book “Headscarves and Hymens: Why the Middle East Needs a Sexual Revolution.”

Monica Musonda is founder and Chief Executive Officer of Java Foods, a Zambian based food processing company. It is committed to providing high quality and nutritious food from local products at affordable prices. Java Foods’ first product was “eeZee Instant Noodles”, which is Zambia’s leading instant noodle brand today. Monica is a dual qualified English solicitor and Zambian advocate. She has held senior positions in private practice with Clifford Chance & Edward Nathan. She has also worked as in house corporate counsel at International Finance Corporation and for Dangote Group. Her experience working with Aliko Dangote, one of Africa’s most successful entrepreneurs, gave her the impetus to start Java Foods.

A US State Department Professional Fellow, and the winner of the inaugural BBC World News Komla Award, Nancy began her media career as a radio presenter while still in University, working her way up from intern to Deputy Program Director by the time she received her first class degree. She then earned her Master of Arts degree in Communication Studies from the University of Leeds, where she graduated with distinction.In 2010 Nancy co-founded Blu Flamingo; a digital media management company that has now grown to manage an impressive roster of clients in Kenya, Uganda and Rwanda. Nancy is currently a news anchor and the social media editor at Kenya’s most authoritative news channel, KTN. Her hallmark has been to pursue and create spaces for conversations about entrepreneurship and leadership, most notably on her weekly television show “Power Talk”, where industry leaders share ideas on seizing business opportunitie

Academic, activist, and author of Gbagba, an anti-corruption children's book published in 2013.

Sandra Mbanefo Obiago is a multi-faceted writer, photographer, poet, art collector & curator, and award winning filmmaker. She has curated art shows and worked with the local creative industry to promote the best of Nigerian art. From 2010-12, Sandra produced and co-directed a 5-part documentary film series, Red Hot: Nigeria’s Creative Industries, featuring 17 artists from the film, music, performance and visual arts sectors. She also developed an art program for the Wheatbaker, a leading boutique hotel in Lagos, where she has hosted quarterly art exhibitions since 2012. Besides working as a consultant art curator, she was also Associate Producer of the feature film, Half Of A Yellow Sun, starring Chiwetel Ejiofor , Thandi Newton, and Genevieve Nnaji. In her “spare” time she serves as a trustee of the Convention on Business Integrity (CBI), one of Nigeria’s foremost business ethics organisations and is is a Fellow of the Aspen Institute African Leadership Initiative for West Africa 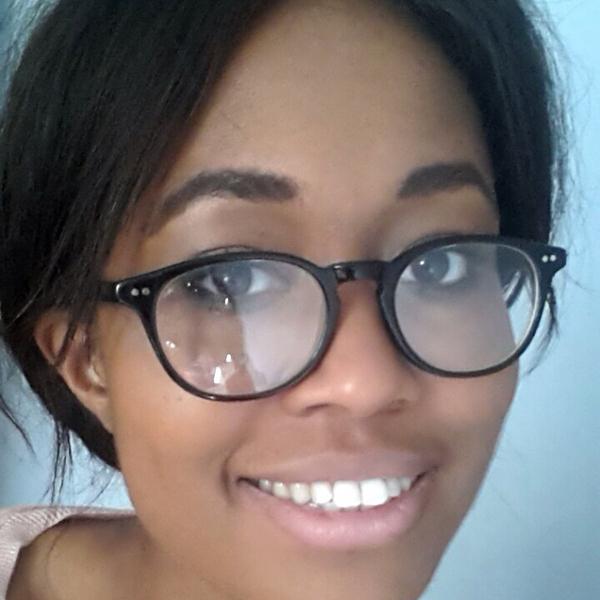