I See A Different You

I See A Different You is a trio collective from Soweto using their passion for fashion, art and photography to portray Africa the way they see it. Soweto came to the world's attention on 16 June 1976 with the Soweto Uprising, when mass protests erupted over the government's policy to enforce education in Afrikaans rather than English. Police opened fire in Orlando West on 10,000 marching students. The rioting continued and 200 people died on the first day in Soweto. Soweto and other townships became the stage for violent state repression and the heart of the resistance. "That is the Soweto you know, and it is all true. BUT it is not the only story about Soweto! The following pictures are from our Soweto. The town of our birth, of our childhood, of our fights and tears, of our joy and parties, the Soweto of our first kiss and first spin in our Dad’s car." - I See A Different You

Black Coffee (born Nkosinathi Maphumulo) is a South African multi award winning record producer and DJ. He began his career back in 1994 and to date has released four critically acclaimed albums and one live DVD under his Johannesburg based record label, Soulistic Music. With dozens of awards and millions of fans worldwide, he has repeatedly been lauded as one of Africa's most influential electronic artists.

Dawie is a nationally renowned economist who specialises in Government finance and monetary policy. As the chief economist of Efficient Group, his career includes 9 years as an Economist at the South African Reserve Bank and the Economics editorship of the financial magazine Finance Week and Finweek. He is frequently quoted and participates in media coverage of economic and financial matters. His recent open letter, stating his position not to immigrate following an attack at his family home, has made headlines across South Africa, going nationally viral on social media. Dawie has been a member of the Tax Advisory Committee of the Afrikaanse Handelsinstituut, represented Business SA at Nedlac, served as a committee member of the Greater Johannesburg Chamber of Commerce and currently lectures at The Gordon Institute of Business Science of the University of Pretoria. He holds a Masters degree in Economics (Cum laude).

Gia Nicolaides became a household name for listeners of EWN in 2012 as she was the reporter on the scene throughout the Marikana tragedy. In addition to the breaking news, Gia found a wide variety of sources in the community to paint a picture of the broader circumstances in which the massacre took place. Her sensitive approach and ability to sift through the emotion and get to the facts, saw her go on to win the National Press Club's Journalist of the Year award for 2013 as well as Vodacom Journalist of the Year in the radio category.

Hanneke Schutte is a Johannesburg based writer and director. in 20014 her screenplay Ping Pong with Mr Yong won the prestigious Jameson First Shot competition, and she jetted off to New York to direct Willem Dafoe in the short film which would be released as Saving Norman. Her first feature film, Jimmy in Pienk, opened in South Africa early 2015 to much praise.

Kelsang Mila is the centre teacher at the Vajrapani Kadampa Buddhist Centre in Johannesburg, South Africa. Alongside her Buddhist faith, she is an avid proponent and teacher of meditation and mindfulness.

Samkelo Mike Radebe is a South African Paralympic sprint runner and high jumper who competes in the T45 class. He lost both arms in an electrocution accident at age 9 when his kite got caught in electrical wires. After failing to qualify for the 2008 Beijing Games, Samkelo had a point to prove. Surprising the world, Samkelo came back to win a silver medal at the Commonwealth Games, and a gold medal at both the 2011 IPC Championship and the 2012 London Paralympic Games. He is one part of the South African 4x100m relay team that claimed a world record time of 41.78 seconds at the London Games. In total he has bagged over 50 gold medals and nearly 20 SA records for the 100m, 200m, 400m and long and high jumps. Radebe has been chosen as Sportsman with a Disability of the Year at both the Ekurhuleni Sports Awards and the Gauteng Sports Awards. 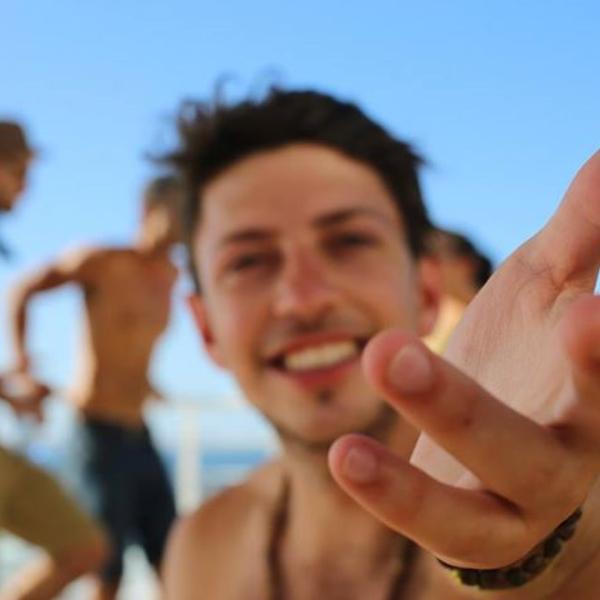