Amy Chen received her bachelor's degree in Naval Architecture and Marine Engineering and her juris doctors in intellectual property from Chicago-Kent College of Law, then promptly ran away to join the circus where she found a home and family. Amy is a circus arts performer educator with skills ranging from trapeze and juggling to fire breathing. She believes in connecting with and empowering youth through the performing arts to take control of their lives, responsibility for their communities and care of their fellow human beings.

During weekends, junior Ares Aung likes to speak to his reflection in the mirror in order to prepare for upcoming speech tournaments. He reflects that speech has taught him that speaking not only cleanses the mind, but serves as "chicken soup for the soul", he says. As a self-proclaimed believer of grit and willpower, Ares pursues his goals with a conscious combination of determination and persistence. When faced with an obstacle, he makes a habit of first meditating for thirty minutes to clear his mind and look at the problem from a different perspective. Ares enjoys settling down with Red Mango Froyo and a good set of tunes on warm summer evenings. At Stuyvesant, he serves as a student, a designer, and the Student Union vice president in addition to his position as a qualified Burmese monk. Ares is thrilled to speak at TEDxStuyvesantHS this year.

Son of a painter and a filmmaker, alumnus Asher Lack was born in downtown Manhattan in 1982. Asher began playing music at the age of nine and formed a band during his freshman year at Stuyvesant. After his graduation from high school in 2001, Asher completed a degree in Dramatic Writing at New York University’s Tisch School of the Arts. He went on to work under director Wes Anderson and on the television show Entertainment Tonight before leaving the film and television industry to pursue music. In 2006, Asher’s band, Ravens & Chimes, signed a record contract with Better Looking Records, a subsidiary of Warner Music. Since then, they have released two albums, Reichenbach Falls (2007) and Holiday Life (2012), and toured internationally. Ravens & Chimes has been featured in Rolling Stone, The LA Times, The Washington Post, and many other publications. Their songs have appeared on MTV, ESPN, BBC, FOX, and several films. Asher is currently working on the third Ravens & Chimes album.

In the early days of the Internet, MIT Media Lab alumna Cristina Dolan co-founded OneMain.com, which grew to be the tenth largest ISP after a successful IPO. In only five months, she conceived and built the OneMain cornerstone, Geographic Communities, into a profitable business. At its launch, the company's IPO became the largest Internet public offering at its time, surpassing Amazon's and eBay's respective IPOs. Cristina has also held executive roles at Wordstream, IBM, and Oracle, among other organizations. As an engineer and self-described “solutionist”, Cristina appreciates the value of an engineering and computer science education. In October 2013, she launched Dream it. Code it. Win it., a non-profit organization to promote such instruction and celebrate the power of applied problem-solving. Finalists have launched more than six companies and the competition has attracted a diverse group of students from over forty countries.

Dalton Conley is University Professor at New York University. He holds faculty appointments in NYU's Sociology Department, School of Medicine and the Wagner School of Public Service. He also serves as an Adjunct Professor of Community Medicine at Mount Sinai School of Medicine and as a Research Associate at the National Bureau of Economic Research. He has previously served as Dean for the Social Sciences and Chair of Sociology at NYU. Conley’s research focuses on the determinants of economic opportunity within and across generations. In this vein, he studies sibling differences in socioeconomic success; racial inequalities; the measurement of class; and how health and biology affect (and are affected by) social position. In 2005, he became the first sociologist to win the National Science Foundation’s Alan T. Waterman Award, given annually to one young researcher in any field of science, mathematics or engineering. He is a 2011 Guggenheim Fellow.

Author and traveler Jeff Davis has traveled to over fifty countries from Europe to Asia, chronicling his epic adventures in his first book, titled Traveling Triumphs. In addition to his vocation as an author, Jeff is an entrepreneur, coach, philanthropist, and success expert, sharing his practical insights internationally across three different continents. Jeff graduated with a B.A. with honors in Economics and Mathematics from McDaniel College while playing Division III baseball; he also played for several baseball teams in Hungary during his year abroad in college. Jeff went on to earn his Master's in Finance at Johns Hopkins by completing a two-year degree program in only one year while simultaneously working, traveling, and writing his book. Jeff has worked with everything from start-ups to a Fortune 500 in cities around the world, demonstrating a unique ability to share meaningful ideas to a wide variety of audiences. Learn more about Jeff at http://jeffdspeaks.com/

Jeremy Kuhn is a doctoral candidate in linguistics at NYU; in September, he will begin a research position at the École Normale Supérieure in Paris. Kuhn's research lies within the field of formal semantics -- that is, the study of the logical systems that underlie meaning in natural language. His particular specialty is in the burgeoning field of sign language semantics, investigating what another modality of language (visuospatial instead of auditory) can inform us about both meaning and cognition. Kuhn has studied French, Japanese, and Kazakh. He knows and has done research on two sign languages: American Sign Language (ASL) and French Sign Language (LSF). In his second life, Kuhn is a juggler, unicyclist, fire performer, and funambulist. You can learn more about or contact him at www.jeremykuhn.net.

Jie-Song Zhang was born in Beijing, China, later immigrating to the US where he was raised and educated. As an International Cultural Strategist, Jie-Song's current work includes spearheading the creation of a platform to connect Latino communities globally, for Photofest, the National Geographic sponsored and largest photography festival in Mexico. Previously, he co-produced The Shanghai International Beatbox Competition, a national Chinese Hip-Hop event. He was also a conceptual designer for LagosPhoto, the first international photography festival in the history of Nigeria. Jie-Song is also independently developing a platform to connect communities across the world. As a violinist and performer, Jie-Song was invited by the USA Pavilion to represent American culture to the world at the 2010 World Expo, in Shanghai. Jie-Song's most recent speaking engagements include talks for Amnesty International's 50th Anniversary Human Rights Conference and for the 2015 edition of Photofest.

From a young age, Nicole Agaronnik has dedicated herself to her ballroom dance career and held aspirations of becoming nothing less than the best. Her dreams were held in check, however, when Nicole became diagnosed with scoliosis right before she entered high school. The diagnosis presented itself as a serious impediment as in the professional dance community. Nicole chose to pursue her career even despite her condition, and went on to achieve a top-five finish at the National Championships and two placements as Embassy World Cup Finalist. Maintaining a dual existence between her career as a dancer and her occupation as a student, however, was unsustainable. Finding a balance between the rigorous academics at Stuyvesant and the equally rigorous dance competitions and practices proved to be difficult; eventually, Nicole chose to leave the dance world in order to focus on her studies and pursue a future elsewhere. 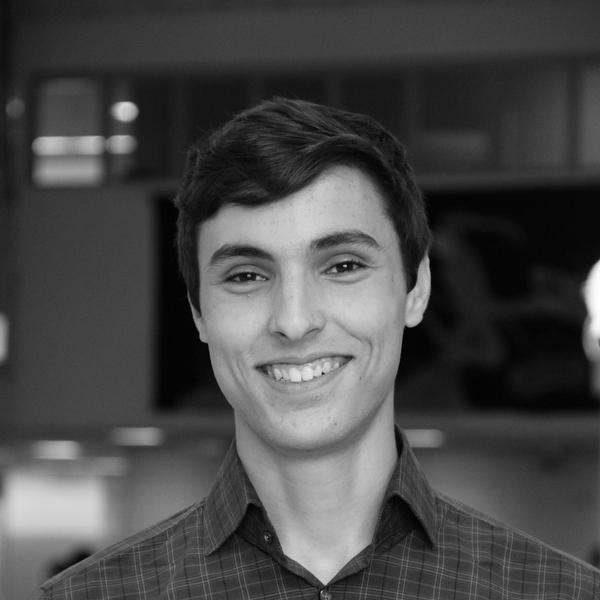