Are our decisions guided by free will or controlled by outside forces? As humans, we sometimes blame others for our fates or feel that our actions are guided by providence.Our actions are limited by our genes, our circumstances, and the laws of physics, so how can we possibly act to change the world around us? The answer to this question will have staggering implications for ethics, the legal system, politics, neuroscience, aesthetics, and the meaning of life.

“Thou Mayest” is an important motif in John Steinbeck’s novel, East of Eden, and refers to the idea that humans always have the ability to choose their fates. The idea that we are not completely determined by outside forces is perplexing. This idea of Thou Mayest implies that the decisions we make (whether they are good or not) depend solely on us. This idea is not only applicable to commonplace events, but also applies to remedying the great injustices in our world. We have the option to remain silent or speak up and change the world that surrounds us. Thou Mayest is a philosophy that can create a conscience in everyone that we have the option to make this world better. Every scientific advancement, artistic achievement, or great social change started when someone realized that the power to improve the world lay in his or her hands. Whether it was Martin Luther King Jr., Jonas Salk, Emmeline Pankhurst, or Steinbeck himself, change was only achieved because these people claimed their right to decide for themselves and change what was wrong. They could have surrendered hope or thought that destiny was beyond their control, but instead they took the problem in their own hands.

TEDxWestminsterCollege will be about the celebration of the power of human choices, believing we are in control and that we can change the world if we dare to do so. It does not matter which field we are in or where we come from; what matters is the choices we make.

April Steiner-Bennett is a professional American pole vaulter finishing 8th in the 2008 Beijing Olympic Games. Originally from Mesa, Arizona, April currently resides in Boise, Idaho and is training for the 2016 Rio Olympic Games under the coaching care of Olympic gold medalist Stacy Dragila Waltz. Outside of training and professional competitions, she is a director and assistant director for youth pole vault camps, clinics, and clubs across the United States. April is a former middle school physical education teacher, assistant librarian, advocate for the physical and mental health of children through action sports and education. She is an inspiring youth speaker and a Fear Factor winner. All of this accomplished while training at a professional high level in the elite world of track and field. Her experiences have provided balance, inspiration, and an incredible love of life for all who have crossed her path.

Dr. Benjamin Ola. Akande is an accomplished higher education leader and visionary. His tireless efforts have contributed to the transformation of institutions and organizations in the public and private sectors by positioning them to fulfill their missions and surpass their goals. Dr. Akande is regularly sought out as an economic and policy commentator on local, regional and national media outlets; his appearances include NPR Marketplace Public Radio, Anderson Cooper 360 and CBS Evening News. He is a former consultant to the World Bank and the United Nations Development Program (UNDP). A Nigerian-born American citizen, Dr. Akande holds two Masters degrees and a Ph.D. in Economics from the University of Oklahoma, and a Bachelor in Business Administration from Wayland Baptist University. He has completed post-doctoral studies at the John F. Kennedy School of Government at Harvard University and the Saïd School of Business at Oxford University.

Hana R. Solomon, M.D., is a board certified pediatrician and serves as the president of BeWell Health, LLC. She graduated from the University of Missouri-Columbia School of Medicine in 1986 and completed the University's pediatric residency program in 1989. For 20 years, Dr. Hana practiced pediatrics at the Solomon Family Medical Clinic in Columbia, Missouri. Devoted to her community as much as her practice, Dr. Hana has served as a sexual assault forensic examination physician; served on the Rainbow House board of directors, a community home for abused and neglected children; volunteered as a camp physician; and served as a board member and president of Congregation Beth Shalom. Dr. Hana started BeWell Health in January 2001. The company's flagship product, Dr. Hana's Nasopure® Nasal Wash Systems has helped tens of thousands to maintain nasal and sinus health, naturally.

James McRae is an ethicist who holds a Ph.D. in comparative philosophy from the University of Hawaii at Manoa. He currently serves as an Associate Professor of Philosophy and Religion at Westminster College. His books include Japanese Environmental Philosophy (with J. Baird Callicott, forthcoming in 2016 from Oxford University Press), Environmental Philosophy in Asian Traditions of Thought (with J. Baird Callicott, SUNY Press, 2014), and The Philosophy of Ang Lee (with Robert Arp and Adam Barkman, University Press of Kentucky, 2013).

Co-Founder of Thou Mayest Coffee Roasters

Bo Nelson is an entrepreneurial wild man. Whatever challenge he undertakes, he does it with passion, and his energy and commitment are contagious. He is a believer and ardent student of what nature has to teach us and is often seen hiking the wilderness, which has been an ongoing source of inspiration. His ultimate goal is to create spaces that inspire creativity and gives people permission to get mentally raucous and instigate action by blurring the lines between AM and PM. Along with business partner, Bill Holzhueter, Bo started Thou Mayest Coffee Roasters in 2010 roasting wholesale coffee out of a garage on a farm. In 2014, they opened their first retail coffee shop/full bar/event space/concert venue in July of 2014 and since, has won “best coffee shop” in multiple KC publications as well as runner-up “small roaster” in Kansas City. Check out their website and social media channels for more “shots of energy” and see how they are blurring the lines between AM and PM.

Some day she may be acknowledged as one of the people who helped eradicate polio, or she may be on a ballot near you — her long-term goal is to run for a Missouri office. In 2012, there were only 223 worldwide cases of polio, a highly contagious disease that attacks the nerves and may cripple or kill. It is prevented by vaccine and is currently endemic only in Afghanistan, Nigeria and Pakistan, but was recently confirmed in war-torn Syria. Polio spreads rapidly among those who have not been immunized — so any outbreaks cause concern that the tremendous progress made against the disease might be rolled back. Rowland was recently part of the largest international meeting about polio since 1988, in which heads of state pledged to increase commitments to global initiatives and finally rid the world of the disease by 2018.

At Northwestern University, Kalina co-founded and and served as president of MIXED, Northwestern’s first ever Mixed Race Student Coalition. It offers discussion, activities, and support to celebrate a community united by their differences. When she’s not traveling the world or home in Santa Monica, California, she is studying broadcast journalism and business institutions at Northwestern University in Evanston, Illinois. During her free time, you’ll find her in the sun – biking, hiking, swimming, dancing, running, playing tennis, and always trying new things. She likes to visit museums, talk to strangers, work on her art journal, skim books at Barnes and Nobles, and play the piano.

Leala Luna McGin­nis, 21, is the CEO/Founder/Publisher of Miss Strong, a global wellness company and online community for women. The company is ded­i­cated to empow­er­ing women by challenging their dis­cov­ery of beauty in strength, and devel­op­ing strength in all aspects of life; by promoting self-love and uniting the mind, body, heart and soul. By bring­ing “Real. Raw. Relat­able” wellness advice and train­ing philoso­phies to women, Leala aims to teach women how to feel strong while main­tain­ing sus­tain­able and whole­some living. Currently a scholar for business and entrepreneurship at Watson University, Leala recently launched the 10,000 Women Project; a global campaign aimed at redefining #WhatIsRealStrength. She is also obtaining her teaching license and BFA in Adventure Photography at the University of Colorado Boulder, and enjoys motivational speaking, writing, and changemaking.

Mrinal Kumar, a sophomore at Yale University, is a Biomedical Engineering student and currently spends much of his time doing breast cancer research in a pathology lab. At school, he is a beat reporter for the Yale Daily News, and he covers wage and immigration issues within New Haven for the newspaper. Mrinal was a member of his high school robotics team, which won the first Tech Robotics World Championship in 2011. He also cofounded his own software company, Kumenz Software Solutions LLP, that has developed and released four applications to the iOS App Store.

Rachel Hills is an Australian writer living in New York City, who is interested in the space where the personal meets the political. Her work has been published in publications including the New York Times, Vogue, NYMag.com, Cosmopolitan, The Atlantic, The Daily Beast, and many others. Rachel's first book The Sex Myth: The Gap Between Our Fantasies and Reality examines the invisible norms and unspoken assumptions that shape our experiences of sex, and was published by Simon & Schuster in August.

Sarah Redohl is the chief creative strategist of StoryLab LLC, based in Columbia, Missouri. StoryLab aims to bring the power of digital storytelling to everyone through the use of smartphones and tablets. Redohl's love of storytelling began when she was a child growing up in her family's print shop in St. Louis. Six years ago, she paired that passion with the storytelling power of our smartphones as she consulted an early innovator of mobile storytelling. Since 2013, Redohl has taught multimedia and mobile journalism at her alma mater, the Missouri School of Journalism. Previously, she has worked on projects for the Travel Channel, Harvest Public Media and the U.S. Department of State, among others. Redohl has won both regional and national awards for her visual storytelling, and has been recognized as one of Folio: Magazine’s 15 Under 30 young professionals driving media’s next-gen innovation.

Tron Jordheim started his first business in the sixth grade with a roll of paper towels and a can of window cleaner. He ran one of Culligan Water’s most successful bottled water franchises and was the chief marketing officer for the largest privately held self storage company in North America. He once had a protection dog school and ran an outsource call center. He writes and speaks frequently about a variety of topics from cultural competency to tradigital marketing. He has consulted for businesses and spoken to trade groups across the US and Canada, as well as the UK, Spain and Mexico.

Zhou Li is a Nuclear Physicist, Software Engineer, an avid lover of Classical Music and the Chief College Counselor of Beijing No.4 High School. He is known to use his own money to buy tickets of concerts and dramas for students for years now, aiming to enhance the knowledge and creative capacity of his students in the arts and culture. During the 8 years working in one of the most prestigious high school in China, he has come to realize the importance of helping students how to treat “money” properly. “Nowadays, more and more students focus their career goals on Business and Economics, especially the Finance field. It reflects that the modern economy pays high attention on ‘earning money’, than educating for life.” He believes that the ‘money’ is not what gives meaning to life. In his words, educators should teach students how to “spend” it in the things that really give meaning to life. 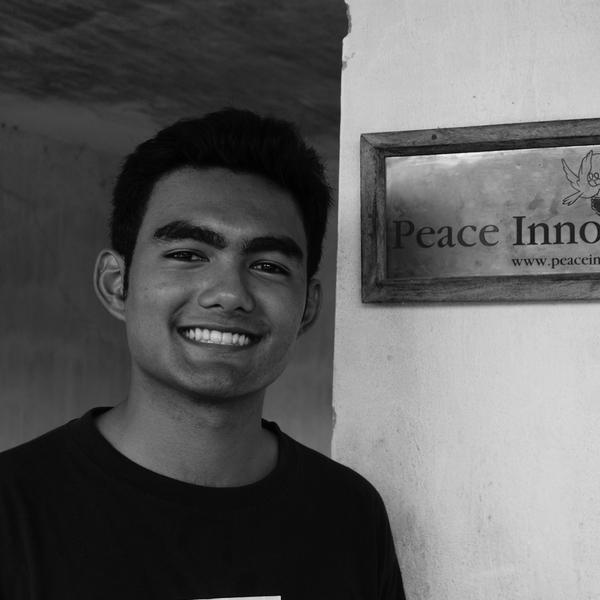