We are a group of students, alumni and staff members dedicated to showcasing the best of the University of Manitoba and our Winnipeg community at large. We chose the theme for this year’s conference to be “CROSSROADS” representing the large diversity at our institution. With a population of over 50,000 students, faculty and staff, the University of Manitoba is sometimes nicknamed “Manitoba’s second largest city”. We are inspired by the amount of people crossing paths every day at this very place; each having their own story and heading in different life directions. As you join us today, you will be hearing captivating life stories and learning about ground-breaking research that truly makes this place unique. We hope you enjoy the next few hours sharing powerful “ideas worth spreading” with everyone in this room.

Charith is a doctoral researcher at the Communication and Network Engineering Research Group (CNER) at the University of Manitoba. He is passionate about enhancing the public understanding of engineering and technology. In his talk he will explain, how the current research in wireless communications will shape the future of global telecommunications

Dr. Enns worked as speech-language therapist before completing her doctoral degree in Educational Psychology. She is very interested in the relationship between language and learning, and specifically the language and literacy development of deaf students.

Mr. Overton founded a company in 2008 with the idea of developing a company to focus on sustainable food production and food-processing using advanced ecological concepts. Today his company works with farmers, corporations and municipalities across Canada transforming crop inputs and returning organic waste back to the earth.

At the age of six Daniel was forced to f lee his home in, what now is, South Sudan to join a rebel group which used children as soldiers. At age 13 he became a refugee at one of the biggest refugee camps in Kakuma refugee camp in Kenya. In 2008, Daniel was resettled in Canada through the WUSC Student Refugee Program where he studied at the University of Manitoba. Mr. Mach is a Mechanical Engineer working for the City of Winnipeg in the Water and Waste Department.

Dr. Baltes has been working on Intelligent Robots since 1996 and on humanoid robots since 2002. He is using robot athletes as benchmark problems for research. He is the founder of the HuroCup competition - a decathlon for humanoid robots. His robot teams have won many awards at International robot competitions including HuroCup, RoboCup, IRC, and ICRA.

Dr. Mulvale worked in community development in social agencies in southern Ontario for a number of years. In 1999, he joined the University of Regina as a professor, and came to the University of Manitoba in 2013 as Dean of Social Work. His topic of basic (or guaranteed) income is a social policy idea that has been debated for decades in Canada, and has recently been very much in the political spotlight.

Lindy is a growth catalyst. Her life and work has focused on helping others reach their fullest potential. Much of this work confronts failure head on, but both individuals and businesses are afraid to fail. It begs the question: how can we learn to fail better in order to draw ourselves closer to success?

Dr. Niigaanwewidam James Sinclair is Anishinaabe, originally from St. Peter’s (Little Peguis) Indian Settlement near Selkirk, Manitoba, and is an Associate Professor and current Head of the Department of Native Studies at the University of Manitoba.

Dr. Zahra Moussavi is a university professor in Biomedical Engineering, and a recipient of many distinguished awards. She has dedicated her life to teaching and research on Alzheimer’s diagnostic and treatment, as well as public education on Alzheimer’s disease. She has given 75 invited talks at national and international levels on that topic. 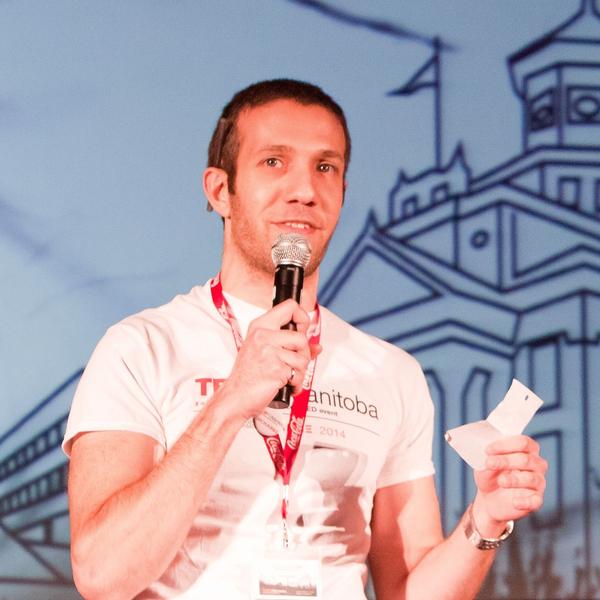