TEDxUniversityofNamibia wishes to broaden our communities views on how we can improve outcomes for a better Africa.

Dennis Iipumbu Noa is a 21 year old Namibian and a third year medical student at the University of Namibia School of Medicine and Pharmacy. Always willing to help those in need, he is a self-proclaimed motivational speaker, an ambitious gentleman with noteworthy talent. TEDxUniversityofNamibia will allow Dennis a platform to further encourage discussions.

Mr Schutt is a passionate net worker and prominent in addressing developmental issues within Namibia. His proactive approach to facilitating change through innovative business practices allows him to engage with various industry stakeholders given the opportunity. He owes this ability to his training and experience as a teacher.

Masiyaleti "Masi" Mbewe is a third year Media Studies and English student at the University of Namibia, a freelance writer, amateur photographer and host of her own show on YouTube. She is fiercely passionate about art, film, fashion as well as feminist politics and frequently pursues creative ways to share her ideas.

Currently a Mechanical Engineering student at the Polytechnic of Namibia, Michael has a passion for the progress and sustainable development. He's developed course content for SKYFI labs and his team placed second at the Boeing-IIT Aeromodelling competition. Michael was actively involved in building UAV's (drones) for an Indian government funded project that aims to use them as data mules during disaster relief. Michael aims to change the world but understands that change is a group effort and such hopes to improve his social skills in a bid to build teams and incubate ideas.

Paulus is the founder and owner of The Kinetic Group of Companies, which he established primarily to enable brilliant young minds to master their trades. Professionally, a bush-pilot turned airline pilot who presently exercises his trade with Air Namibia. He spends his off season doing motivational talks at under privileged high schools and mentoring student pilots at the Eros domestic airport.

Stacy is an International trade lawyer by qualification, works as a part time lecturer at the University of Namibia and moonlights as an upcoming entrepreneur. She completed her Masters from NWU in South Africa and is currently enrolled as a PhD candidate at UNAM. Outside her Qualifications, Stacey has the gift of tenacity. She believes in herself and never gives up. She has conditioned her mind to know, understand and accept that she is “GREAT” and anything less just will not do. Stacey currently resides IN Windhoek, en-route to the rest of the world.

At 26, Theo-Ben is a sixth year medial student at the UNAM School of Medicine. He describes himself as a hard-working professional who is dedicated to providing quality health care to all Namibians with a keen interest in implementing an innovative public health system. Not only is he passionate about research and education, he also believes that ambition, determination and work ethic are fundamental elements which unlock success.

Known as a "Rock star of public speaking" Vusi is the only speaker globally to have been invited to the Dragon's Den as an investor. This is because he has built several businesses. Today, as Chairman of Watermark Afrika Fund he is spearheading a pan-African process of raising the largest Growth Fund of high growth, high potential entrepreneurs in Africa. 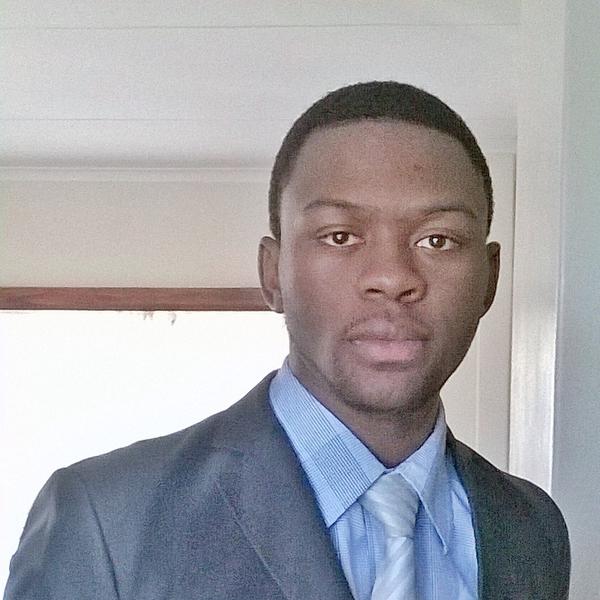