As the first TEDx to be held in the Hokuriku region, the theme of TEDxHimi is ‘Passively Active.’ It might make you wonder, “What does that mean?” The two words seem to contradict each other. Today we will like to explain this.

What underlies the theme is ‘Teichiami.’ ‘Teichiami,’ or Set Net fishing in English, is an environment-friendly, sustainable fishing method used to catch fish such as ‘Kan-buri’ (yellowtail caught during winter) which is one of the best known fish in Japan that Himi proudly provides.

What is this ‘Teichiami’ in the first place? To put it in simple terms, it is a fishing method by which you catch fish by setting nets in their path. An important point to consider is that 70-80% of the fish escape the nets. By letting most of the fish go, it prevents depletion of resources and helps sustain the environment for future generations. Preventing people from catching too many fish and preserving energy, this ‘Etchu style Teichiami’ is the crystallization of the wisdom which lets people have what nature has to offer and enjoy seasonal fish in bits, and it is what enabled the fish of Himi to firmly establish its position.

This is a sustainable system which has been passed down in Japan from generation to generation, connecting and working in unison with the surrounding environment. It looks as though it’s something passive, but if you take a closer look you can notice that there is a tradition which actively designed it to make it harmonize with its surroundings. TEDxHimi has called this ‘Passively Active’ and has set this as its theme. We believe that you will find in every speaker’s message that though they may look passive at first glance, they are actually actively taking action.

Please join us and think about clues on how we can solve the problems in the world today alongside ‘Kan-buri,’ ‘Teichiami,’ and Mother Nature.

West was born in Washington DC. While he was a student at Carnegie-Mellon University College of Fine Arts, he visited Japan and was fascinated by Japanese painting techniques. After graduation, he then pursued a graduate degree in Japanese Painting at the Tokyo University of the Arts. Inheriting both the tradition of the Rinpa school which gorgeously uses gold and silver leaves and the distinct brushwork of the Kano school, West expresses nature with his own contemporary and creative sensibility. Currently, he has a studio in Yanaka, Taito-ku named ”Edokoro Allan West.” He has developed his own world of beauty.

At the age of 19, Tanaka visited Australia alone and started his training as a hang glider under the instruction of a former world champion. He became the youngest national champion of Japan at the age of 21. He established his own method to enhance performance by focusing on the development of the mind, technique, and body. He currently teaches a program to improve English pronunciation and also trains and develops individuals at various companies.

As a clinical practioner at hospitals mainly in the Tokyo metropolitan area, Ozawa realized there was a need for a system that enables all children to pass on their own life stories to future generations. Currently, she is working to establish PIECES, a non-profit organization. She is the co-founder of Pe’Canvas, an educational program in which people learn through art and “asobi kichi,” which offers community activities to create a child-rearing environment where children and adults are on the same level.

In his childhood, he was introduced to three powerful teachings which have over 800 years of history: ancient Shinto, the way of Yin and Yang, and Kobudo, an ancient Japanese martial art. At one point, he refused to follow those paths in earnest, instead opting to venture into the IT field. While working at a major foreign-owned IT company, he experienced a major setback when he became seriously ill and was forced to quit his job. During this complicated time in his life, he gained deep insights about the teachings of ancient Shinto, which he had previously only understood conceptually. He returned to the tradition with renewed determination. In 2008, he became the 25th successor to the lineage.

While he was a sophomore in university, Taguchi saw a video of children in developing countries suffering from malnutrition. It was this moment that inspired him to create a business that solves issues of poverty in developing countries. At the age of 25, Taguchi founded his own business. With a focus on impactful business models, his work centers around the theme of saving as many as possible who suffer from poverty. He is currently promoting 9 social businesses including a share house that promotes friendship among foreigners and an organic herb tea business for mothers.

After working in a wooden mold factory for 15 years, Midorikawa lost his job suddenly during the IT bubble burst. With the two former colleagues, he decided to launch a company which makes wooden models and three-dimensional products. To re-energize the industry, he established the “Japanese Manufacturing Spinning-Top Tournament." The first tournament was held in February of 2012. Now, annual tournaments are held in more than 50 places throughout Japan and in 7 different countries around the world. The project received the Japan Mecenat Award in 2013 and the Minister of Internal Affairs and Communications Award in 2014.

While interacting with students through a position as an instructor at a private high school, Tokiyama began to think about the relationship between food and people. The character of Japanese cuisine is best symbolized by Odashi, a soup stock made from fish and kelp. In hopes of rebuilding the crumbing food culture of Japan, she established a blog called the "Odashi Project". Documented on her blog, she travels anywhere and everywhere to talk to people about the importance of eating habits.

Entrepreneur, life-hacker, wingsuiter, Michele is a curious mind who believes in personal evolution through self-challenge. In Japan he became a monk and walked the Shikoku pilgrimage experimenting on the power of mindfulness and self-reliance

Nakazara conducted research on communication network systems at the Fujitsu Research Institute before returning to the Kanazawa Institute of Technology in 1996. He assumed his current position in 2011. Specializing in the fields of information and communication engineering as well as autonomous distributed systems, his dream is to create extendible body parts that people with disabilities can control at will. Recently, he demonstrated a wheel chair control system which utilizes a person's brain waves.

Originally from Ballarat, Victoria, Australia, Wearne has won many awards during his 38 years as a freelance cinematographer and video journalist, for both commercial and national broadcasting stations. When filming for an Animal Planet documentary program on anti-whaling, Wearne developed an interest in the whaling controversy. Afterwards, he began doctoral-level research on the traditional whaling culture of Taiji, Wakayama prefecture, Japan. Simon officially moved to Japan in 2012. He is now fully enjoying the beauty of Japan, and in particular, that of Wakayama prefecture.

The 16th successor of Jigoemon

Ohara is the 16th successor of Jigoemon, a title passed down from father to son in the Ohara family since 1575. Passed along with the title is the traditional decorative technique for making Johana Maki-e lacquerware. Ohara strenuously creates his works in Johana, Nanto City, Toyama and also participates in the preservation and repair of Johana festival floats. With each successor working to improve and find new ways to express their work, Johana Maki-e has been handed down from generation to generation, surviving through periods of great change such as the Meiji restoration and World War II.

Ebhrahim was born in Pittsburgh in the United States to an Egyptian father and American mother. Ebrahim's father, El Sayyid Nosair, was involved in both the 1990 assassination of Meir Kahane, founder of the Jewish Defense League, and the 1993 World Trade Center bombing. Following his arrest, Zak changed his name to Zak Ebrahim in order to sever all ties with his father. In 2014, he confessed on the TED stage that he was the son of a terrorist, drawing the attention of all of America. 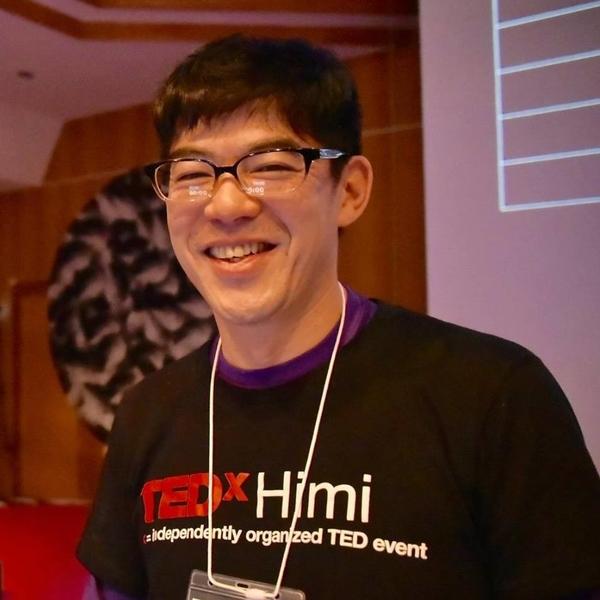